This week (Wednesday) I went to pick up a mint Pleiades stand-up cabinet for the bavacade. Seeing it next to its older cousin Phoenix is really something special:

It’s something to see these two side-by-side in the bavacade pic.twitter.com/b8RtqZrlgg

Pleiades is the fourth Centuri game to join bavacade, and I really do love their cabinets. Phoenix, Pleiades, and Challenger have nearly identical cabinets, and the control panels is an expansion of the subtler Challenger control panel: 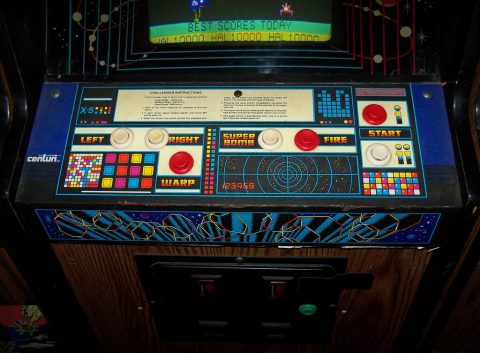 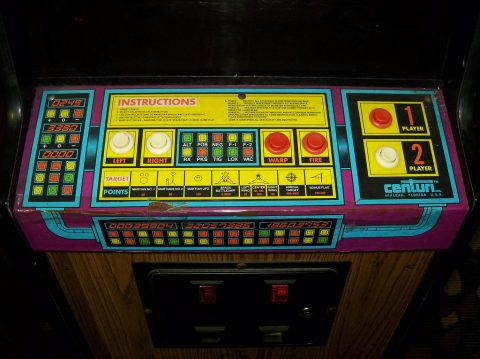 My connection to Pleiades is linked to a gas station/deli in my home town nicknamed the Iranian Deli given it was owned by Iranians, and that was definitely a sign of the times during the early 80s in Baldwin, Long Island given the hostage crisis and a general sense of hostility with Iran that never really truly abated in the US. I would go there regularly for months in 1982 to play this game, and it was a favorite of mine. The mythos of the game got even greater for me in 1983 when I watched Nightmares, the Creepshow knock-off that had an episode starring Emilio Estevez as gamer J.J. Cooney who hustles folks to take their money so he can beat the Bishop of Battle video game at his home arcade. In fact, the name of the episode is “Bishop of Battle,” and it provides so gorgeous shots of a full blown video game arcade in downtown Los Angeles that is amazing. In fact, that is where J.J. comes all the way from the Valley to hustle some unassuming L.A. kids while playing, you guessed it, Pleiades! 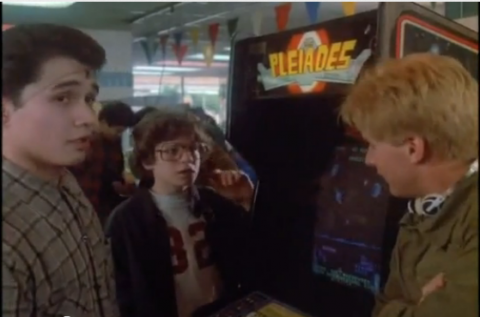 Pleiades in Bishop of Battle 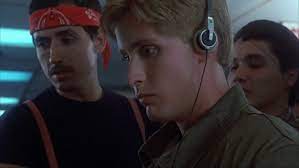 J.J. is locked into Pleaides with Walkman on!

Pleiades also make a special appearance in another 80s film, in fact the first of the now legendary Coen Brothers’s Blood Simple. If you look close you can see it in the screenshot below. 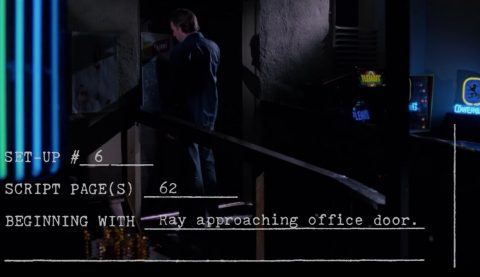 Admittedly Pleiades is not as central to the plot development in Blood Simple as “Bishop of Battle,” but an appearance is an appearance.

Another interesting act about Pleiades is the Marquee is spelt differently than the title programmed in the games. It’s Pleiades on the marquee and Pleiads on board. Not sure if it was a misspelling or a lack of room on the main screen, but it is an interesting quirk for sure. 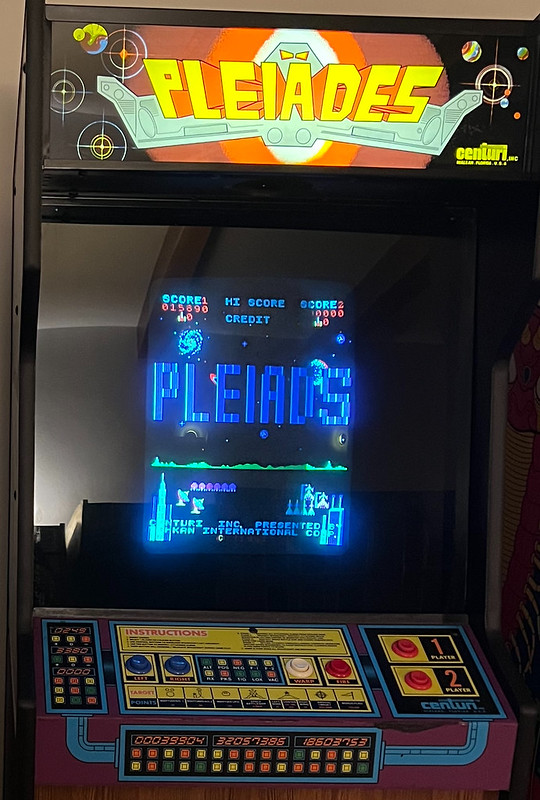 The last bit of information the awesome seller of this game told me, Danielle, is that the music for this game is not on the bootlegs or Mame ROM sets available. I guess, like Phoenix, it is consider fairly interesting as an early instance of what they called “doorbell chips” that were distinct from the ROMs given they used pre-programmed chips that you might find in the melody generator of a doorbell. The technical details around this are well outside my comfort zone, but there is a fascinating forum post on KLOV about the background sound effects and music that might be of interest to some electronic sound/music nerds.

Possibly the craziest thing of all is that it is not the first Pleaides cabinet in the collection, although definitely the nicest. In December of 2020 I bought a Pleiades cocktail cabinet for $450 with a 13″ monitor on Long Island right before Reclaim Arcade opened. That game will soon be on its way to Italy with 14 other games, but that is fodder for a whole different post. YEAH!

3 Responses to Pleiades or Pleiads?