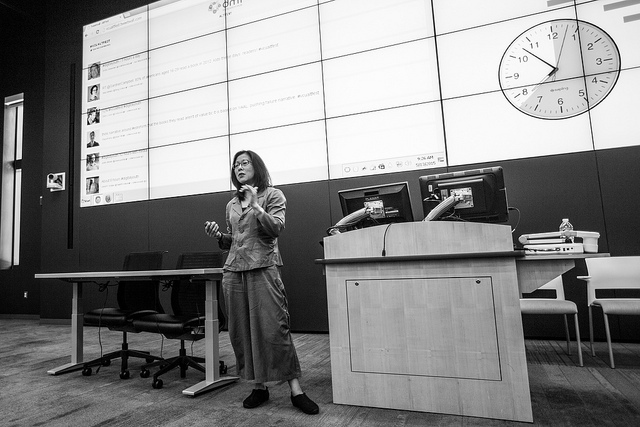 I had a great time at VCU’s ALTfest today. I got to hear Mimi Ito‘s inspiring keynote about #learningheroes—I love that hashtag! I was able to catch up, albeit too briefly, with an old favorite. I also had the honor of co-presenting with two long-time collaborators Paul Bond and Jerry Slezak. Paul and I talked about our various experimental teaching collaborations over the last three years, and then Jerry and I provided an overview of UMW’s new Information and Technology Convergence Center (ITCC). It was a really warm and responsive atmosphere for sharing projects and ideas. Kudos to the VCU folks for making it happen. 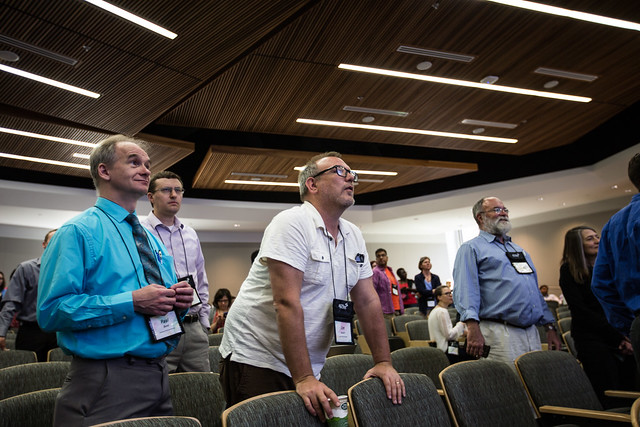 One of my favorite parts of ALTfest was the expo space where they featured everything from a letterpress to Oculus Rift to 3D printers to Leap Motion. It was a compelling carnival of tech possibilities (a nice alternative to vendors), and I had a blast spending some time with Andrew Ilnicki, the Director for Academic Technology for VCU Arts. He showed me some of the impressive projects he’s been working on with Google Glass and Leap Motion. In fact, Andrew is responsible for this post because after we finished talking, he pointed me to the HackRVA setup across the way. 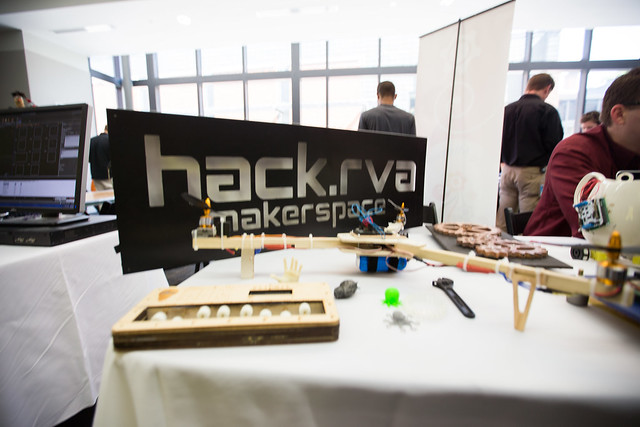 The folks at HackRVA created a mini arcade out of a Rasberry Pi 2 they named the R-piCade. It’s pretty amazing. It plays old gold MAME emulated arcade games like Ms. Pac-man, Donkey Kong, etc, as well as games for the PS1, Nintendo 64, and a few other consoles. What I loved most about it though is the form factor. It’s a table top, portable arcade system. 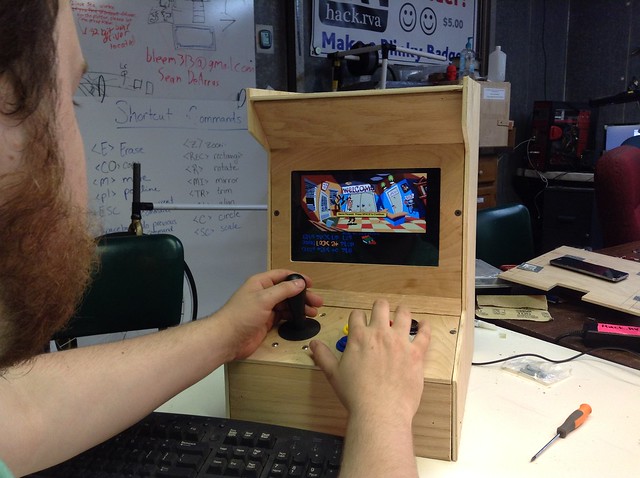 I’ve been wanting to build a full-size arcade game with a similar emulation setup, but time and energy has proven elusive. But after seeing this gem, I started to think smaller. The HackRVA Makerspace is having a Rasberry Pi session in mid-July, and planning another session in August dedicated to building a Rasberry piCade. I am committed. Additionally, they have open sessions for doing stuff just like this every Saturday from 1-5 PM, so I could plan a few trips this summer and make it happen. Hope springs eternal in the classic gamer’s heart 😉