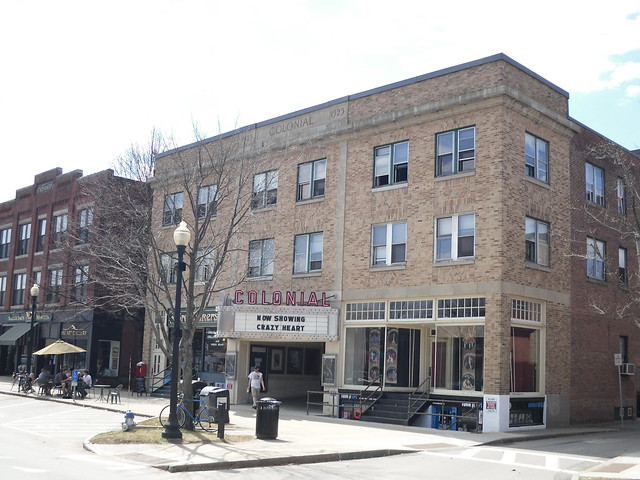 Almost a month ago I spent four days up in Keene, New Hampshire thanks to a generous offer to present at the New Hampshire state college system’s Academic Technology Institute (can anyone point me to the official conference website?). I presented a version of a talk that has been evolving for the last year (ever since Maricopa), and you can see my slides for this one here. The talk was received by a very kind and engaged room of faculty and instructional technologists who were there to think about how they can integrate new media into their courses. But I would be lying if I didn’t acknowledge that the presentation was only part of the reason I was there. The other driving motivation for me to get to Keene, NH was to have some quality conversational time with Jon Udell and Mike Caulfield. And that I did, not to mention I killed quite a few zombies along the way  🙂

Jon and Mike may be two of the most simultaneously precise and abstract thinkers in educational technology I’ve met, although Jon might rightfully resist that categorization given his reach is far larger than just education. What’s so powerful about these two is that they both operate from a vast technical understanding that is filtered through a deeply abstract knowledge of the philosophical ideas that underpin the web as virtual phenomenon we’re still trying to get our collective heads around. More than 6 years ago Jon came to UMW as the keynote speaker at Faculty Academy in 2006 to talk about 21st Literacy Century, and since then he’s been somewhat of a guiding light for our work. His ideas of aggregation, web thinking, the professional uses of blogging, a domain of one’s own, and archiving have driven much of the spirit of our work at UMW since. In just about every project we have done there is a deep debt of conceptual thinking to Udell. He’s kinda like the patron saint of DTLT 🙂 My own intellectual lineage of ds106, A Personal Cyberinfrastructure, a Domain of One’s Own, etc., can be traced back to a recommendation by Gardner to listen to a podcast by Jon that I blogged about back in 2008 (while I was at University of Richmond no less) that was titled “Imagining Cyberinfrastructure.”

So being able to talk to him at length about A Domain of One’s Own, UMW Blogs, the future of UMW’s website, and more general plans for syndication, aggregation, and  archiving UMW’s work was an absolute treat. We actually spent 9 innings of a Keene Swamp Bats baseball game talking about all of this, and I couldn’t have imagined a better backdrop for two red-blooded Americans 🙂 One of the issues we talked about extensively is the ability for individuals to manage their own data across a wide variety of social spaces that enables them to truly control their contexts and build a sense of who they are, what’s more it begins to disrupt the idea of content as currency for profit-driven systems that only understand you as a commodity, ideas very much in line with Brian Lamb’s recent post about the limits of content. A topic which reminds me of deep problems Jon had back in 2006 at Faculty Academy with technologists referring to people as users.

Talking at length with Udell was inspiring because so much of these questions also start to lead back to personal archiving, some basic ideas of how the web works, and a sense of ownership and participation in the process—in many ways the time just further reinforced just how important and vital the work so many of us are doing on the margins of the corporate parades of massive online learning. Bringing it back to the individual, because as Gardner Campbell has said again and again—and his thinking and metaphors and connecting is absolutely integral to all this—the individual scales on the web, it’s the only thing that can! So talking at length with Jon has re-inspired my work here at UMW—he really charged me up to take the Domain of One’s Own pilot by storm. I think some localized experimentation is the best tonic for the hype and mechanization that everywhere surrounds us. 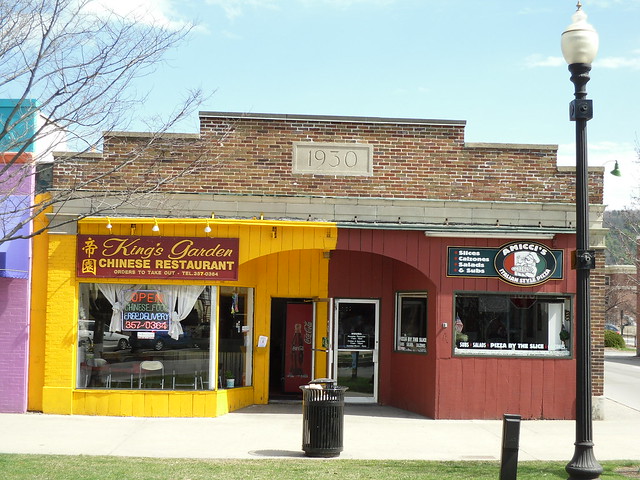 Mike and I ate pizza here

But that’s only the half of it because when I return from baseball with Jon (not unlike Fishing with Jon), I come face-to-face with madman Mike Caulfield. If he’s not killing zombies he is talking about the deep problems with our approach to online learning more generally. One of the things Mike and I have in common is that we both do basically the same thing at very similar schools. Keene State is a public, liberal arts college like UMW. Keene State has 5000 students like UMW. Keene State is trying to understand where it fits in the online learning world like UMW. So Mike and I have a lot to talk about on these accounts, and from the moment he picked me up at the airport until the moment I left that’s most of what we did, save killing some zombies. One of the many things I picked up from Mike along the way was the refocusing of the online education away from “the end of the liberal arts, campus-based experience” rhetoric and towards the idea of how online learning at schools like UMW and Keene can actually reinforce what the campus-based, liberal arts experience. Mike sys it brilliantly here:

When it comes to online education boosterism, I’m pretty hardcore. You can do a ton with online as well as (or better) than you can face-to-face. But I can’t imagine anything like my undergrad experience online, anything as powerful as it without the residential element. The big face-to-face experience that online has trouble replacing isn’t the absence of the physical teacher, it’s the face-to-face experience of students meeting other students and re-envisioning who they are in the process.

This idea of congregating in space as part of the experience is crucial, and often overlooked because it is somewhat intangible, it is the interstitial experiences that are often the most powerful part of the process. Mike understands this intuitively, he is subtle in his critique, and exacting with his facts and details—he’s the best friend you could have if you want someone to really challenge you on your thinking. What’s more, he is an invaluable asset for Keene State as they start to negotiate the reality of online learning as part and parcel of the future of public liberal arts colleges like ours. And every school needs someone who will call them on all the bullshit associated with online learning right now, it is essential!

Another deep affinity I have with Mike is that over the last two years or so we’ve both been experimenting wildly in the classroom. In parallel with the work we’ve done at UMW with ds106, Mike has been building an awesome course around Statistics and Quantitative Reasoning on a site call “Making Fair Comparisons” that is doubling as an open textbook that he will be feeding his future classes through. It’s a brilliant project designed in WordPress, and he’s working on how to integrate infographics, daily creates, assignments, etc. into the mix. This is the stuff that we should be talking about, this is someone pouring their heart into a process of teaching that isn’t offloading it to the next vendor driven system, it’s a process is made up of his blood, sweat, and tears. It’s a way he can help students at Keene State and beyond think creatively and critically about the information they are being fed. It is a life’s mission to educate that is open and free to all, where has that sentiment gone lately in all the hoopla around massive? Seems like we ware exchanging the open and free for the massive and profitable.

I can’t thank Mike and Jon nealy enough for helping me refocus and refuel during my four days in Keene, NH. It’s a little-known New England mecca for creative thinking about the future of the web and education, and I’m honored to have experienced even a little of it. I feel safer knowing you are both doing what you are doing—keep on rocking in a free state 🙂