Sometimes the blog post titles just write themselves…but on with the show. 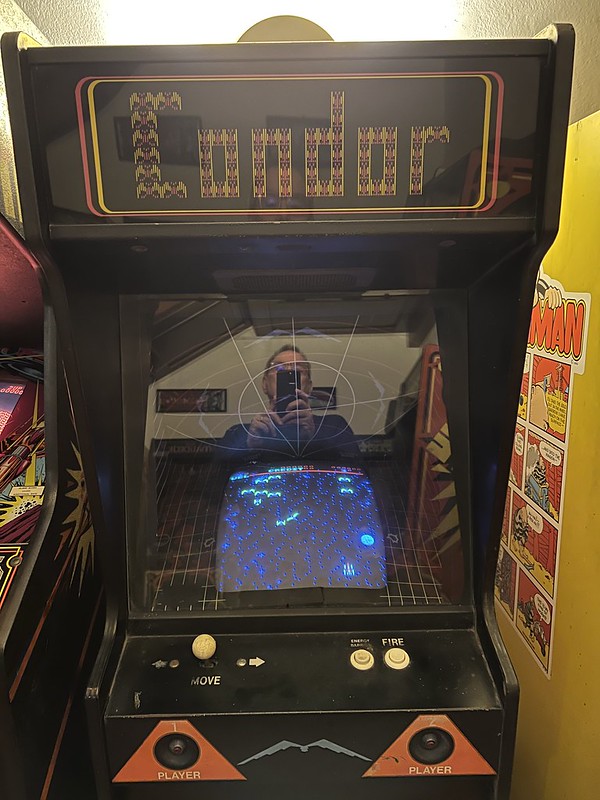 Over the past month or so I’ve been fixing up several cabinets in the bavacade that have cosmetic issues. I’ve been pushing hard on this because I want to ensure the current games in the collection are in tip-top shape before the next wave of games invades in June 🙂 So, I’ll start a series of posts talking about some of the work that’s been happening to make sure it’s all documented. First up is Condor, an interesting bootleg of the venerable Phoenix arcade cabinet by the Italian game company Sidam. Condor is basically identical save the music and fuel gauge that makes it infinitely more difficult than Phoenix. I picked this up in March and it is all original but there where a couple of gouges in the back of the cabinet. 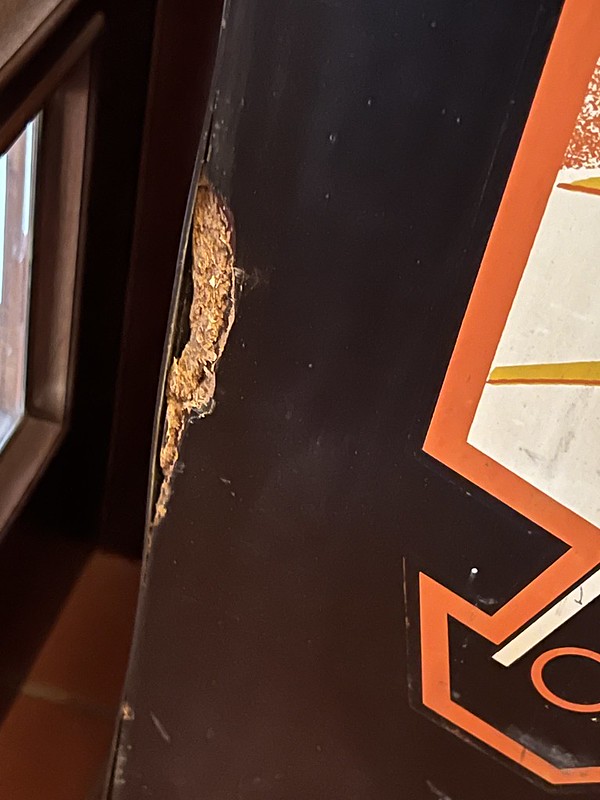 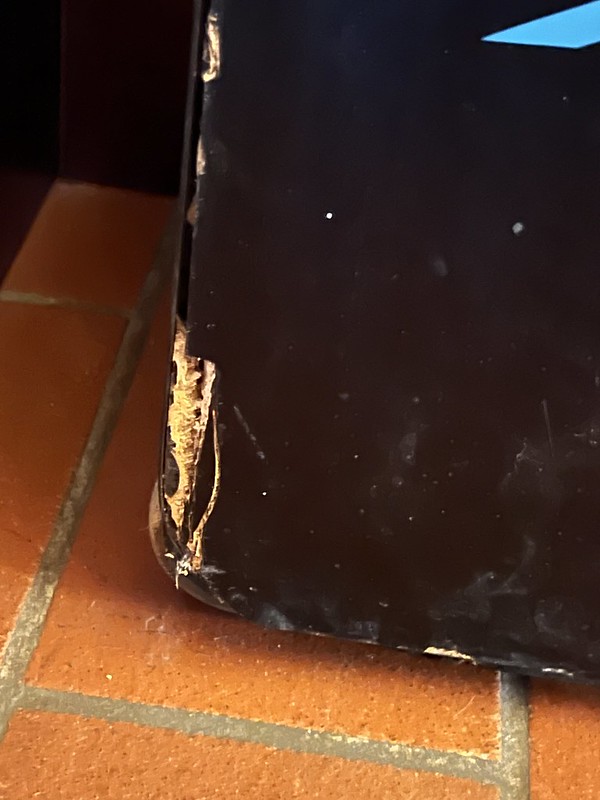 The other thing is the edge connector which connects the game board to various other parts of the cabinet like the control panel, monitor and power supply was a total mess, so that needed an overhaul. 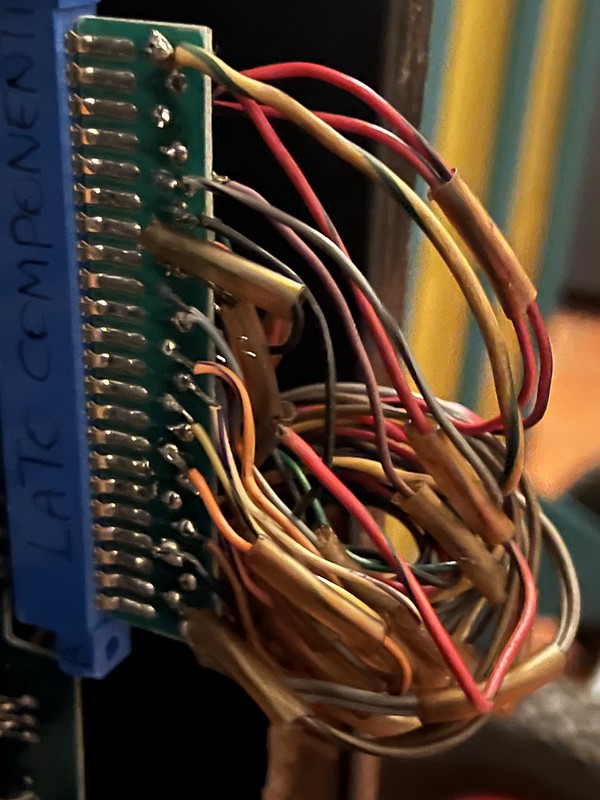 I did some repair soldering on the edge connector, but I know it needed a total overhaul, so that was on the list. The marquee light was also not working, so I went ahead and added an LED marquee light that worked well, and I took a quick video describing that process.

The fun thing about these refurbishing projects is you really have to strip the cabinet down to nothing, which often means documenting every piece so that you know how to put it back together again. This might make the camera on the standard smart phone the greatest thing for how-to DIY projects ever—not to mention the flashlight. 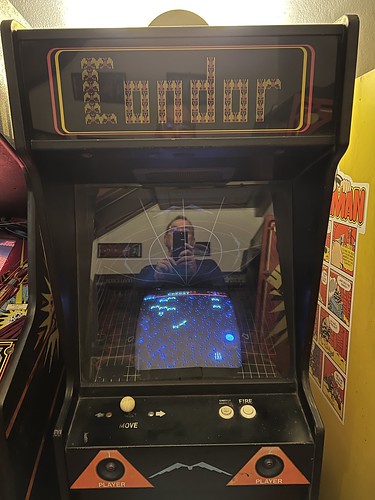 I have started making albums in Flickr with all the photos for each project that requires dismantling a cabinet so that I have an easy reference for re-assembly, and here is the Condor prepped for surgery: 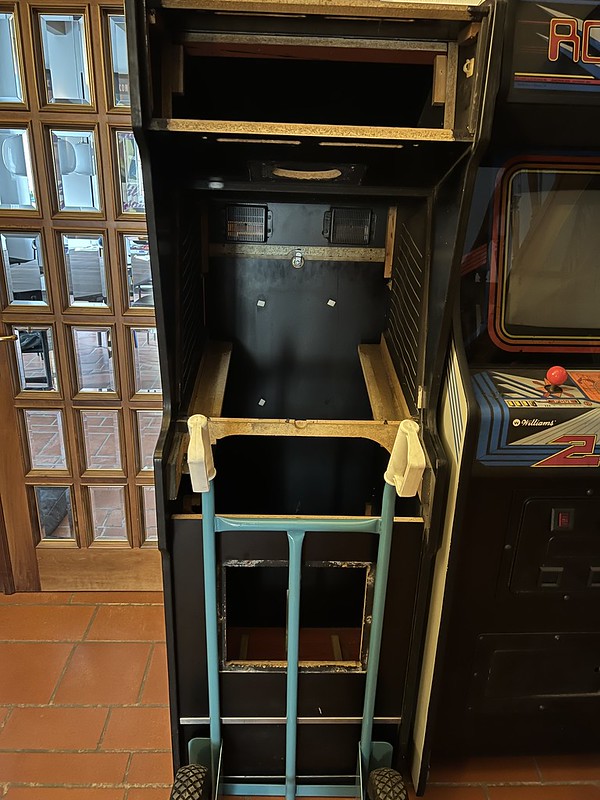 And here is the cabinet after Alberto, the woodworking magician, cleaned up the gouges: 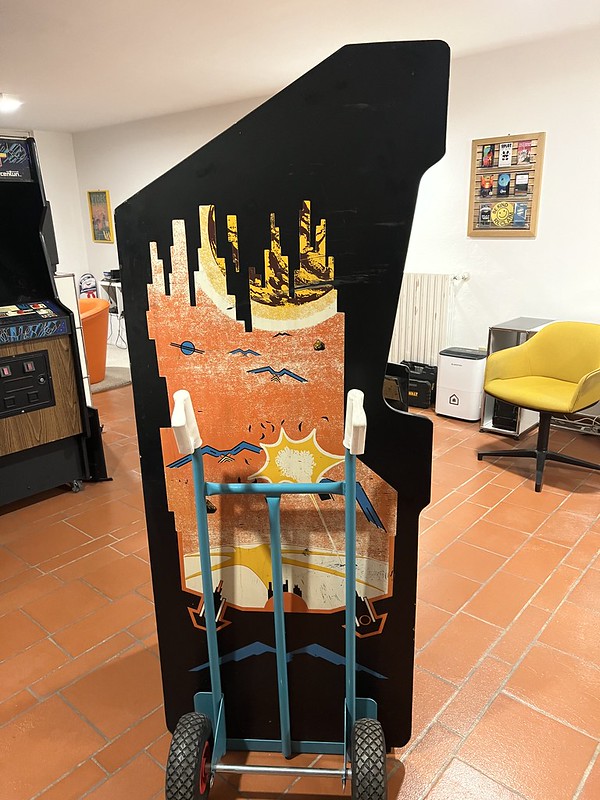 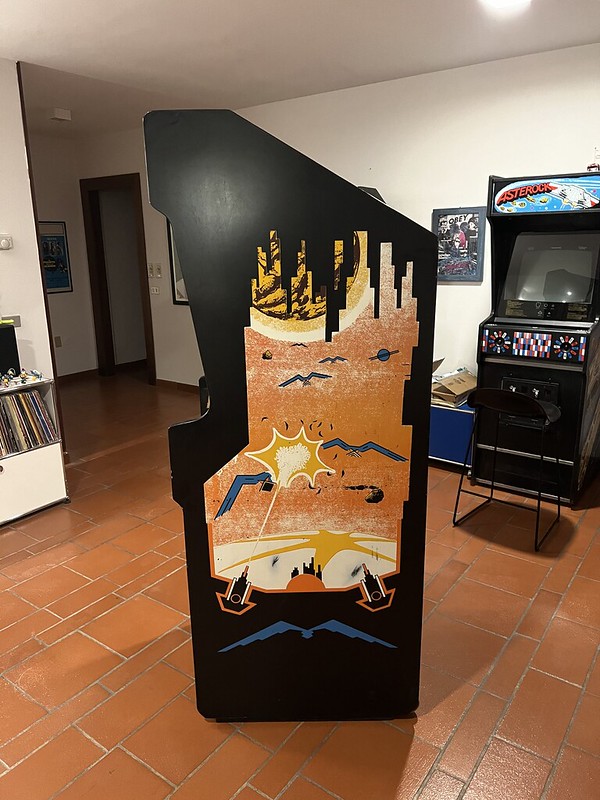 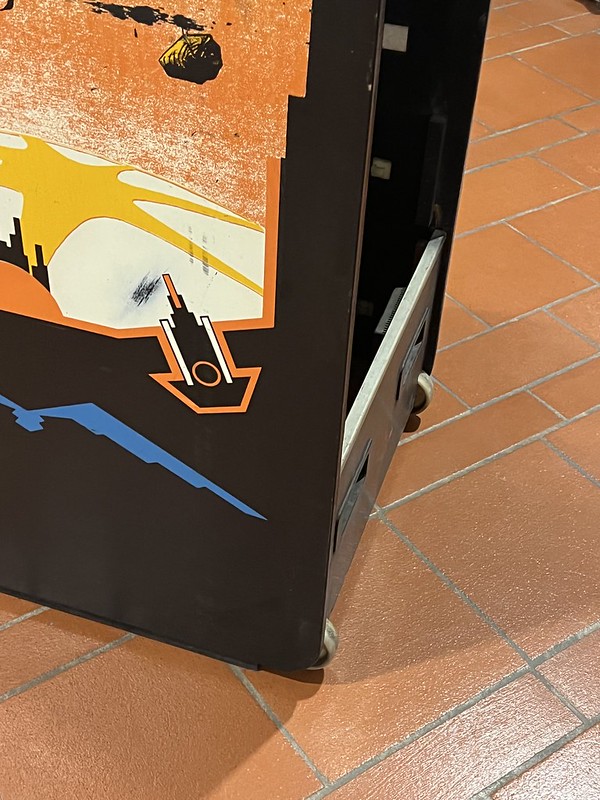 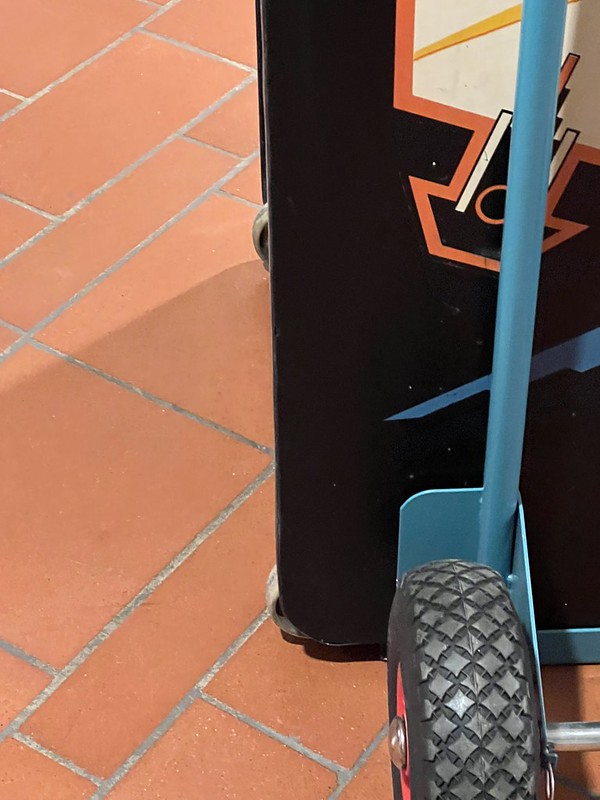 It is perfect, I do paint the cabinets when needed, but Condor needed some black touch up paint, so Alberto did that and it basically came back to me ready to be rebuilt immediately. 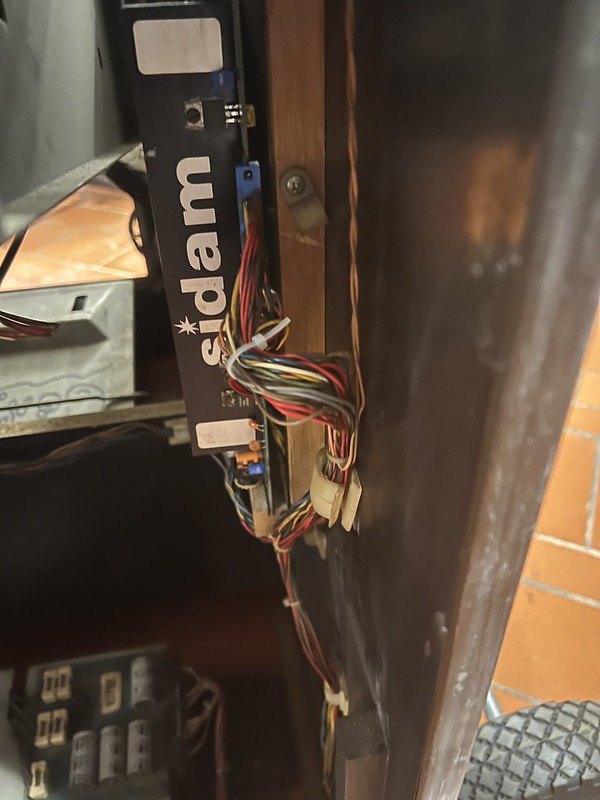 I was also able to get the edge-connector cleaned up with some help of another local electronics miracle worker, Roberto, you’ll notice a theme emerging here wherein I am doing next to no work. Forbo, as they say in Italian. 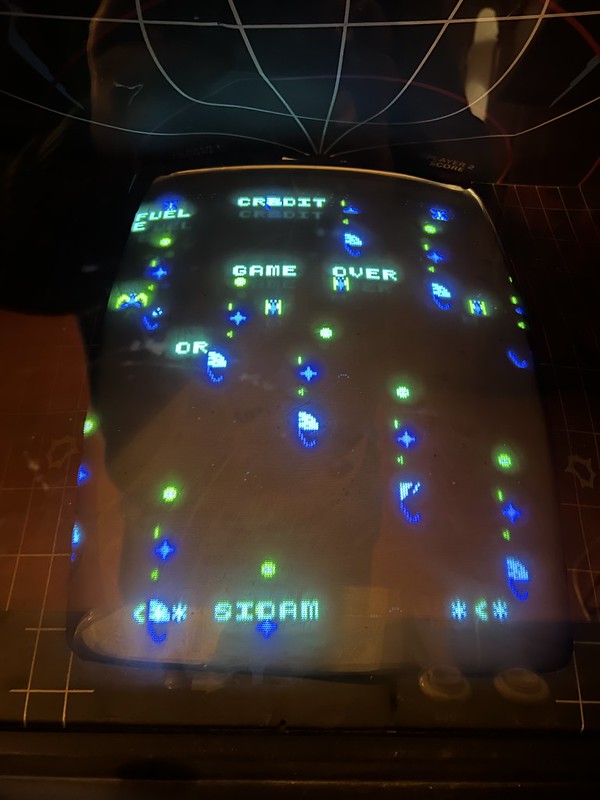 The final pieces on this game’s revitalization project was getting some wing nuts to secure the control panel, which was loose. The other was getting the spare board fixed given it was throwing garbage when I tested it—despite the fact the seller noting “it works fine!” Gotta keep your spare boards in good shape, you never know when one is gonna blow. Mine extra Condor board is still be looked at back in the US, but hoping to retrieve it when I am back in the Midwest two weeks from now. 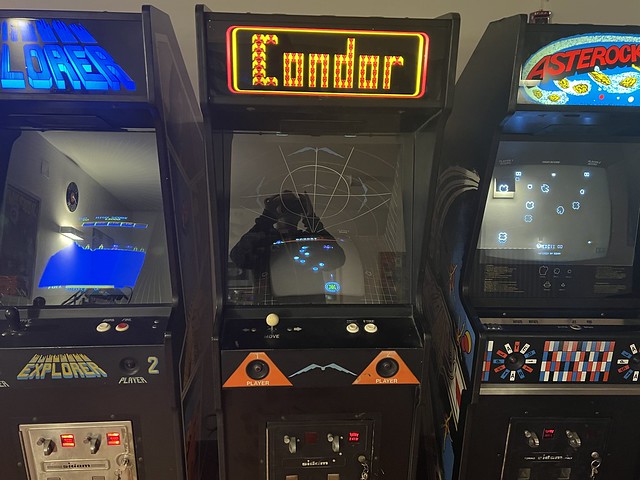 Nonetheless, this project is finished and it sits comfortably between two of its similarly minted out brethren to make for a gorgeous trinity of Sidam bootlegs in the bavacade.

2 Responses to Save the Condor