Next month at Library of Congress, Packard Campus, three of the most iconic films of the last 35 years will be showing: 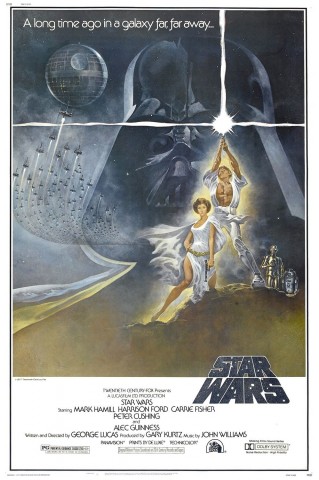 This first film in the epic American space opera created by George Lucas continues to be one of the most popular movies of all time. Film critic Leonard Maltin called it an “elaborate imaginative update of Flash Gordon” and “a hip homage to B-movie ethics and heroism in the space age.” Young Luke Skywalker is aided by a Jedi Knight, a cocky pilot, a wookiee and two droids to save the universe from the Empire’s world-destroying battle-station, while also attempting to rescue Princess Leia from the evil Darth Vader. Starring Mark Hamill, Harrison Ford, Carrie Fisher and Alec Guiness, the film received 10 Academy Award nominations including Best Picture, winning six.  The original release version of “Star Wars” was added to the National Film Registry in its inaugural year of 1989.  We will be screening the special edition released in 1997. 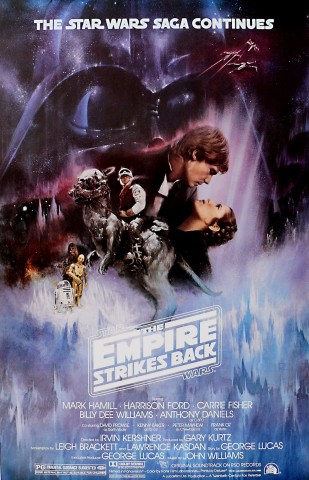 After the rebels have been brutally overpowered by the Empire on their newly established base, Luke Skywalker takes advanced Jedi training with Master Yoda, while his friends are pursued by Darth Vader. The much anticipated continuation of the “Star Wars” saga, Irvin Kershner’s 1980 sequel sustained the action-adventure and storytelling success of its predecessor and helped lay the foundation for one of the most commercially successful film series in American cinematic history. It was nominated for three Academy Awards and won a Special Achievement Award for visual effects. Stars Mark Hamill, Harrison Ford, Carrie Fisher are joined by Billy Dee Williams and Frank Oz as the voice of Yoda.  The original version of “The Empire Strikes Back” was added to the National Film Registry in 2010.  We will be screening the special edition released in 1997. 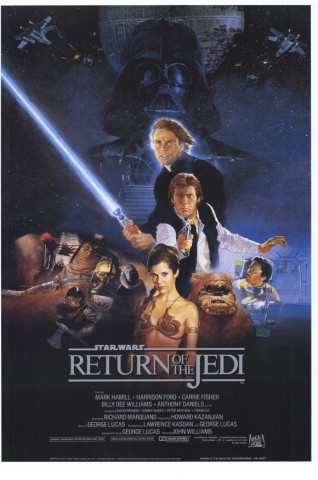 Set one year after “The Empire Strikes Back,” “Return of the Jedi” deals with the rebel forces’ last stand against the Empire and Luke Skywalker’s fateful confrontation with his archrival, Darth Vader. Skywalker tries to rescue Han Solo and Princess Leia from Jabba the Hutt, while the rebel army and the small, furry Ewoks battle the enormity of the rebuilt Death Star. This finale of the original epic space trilogy was directed by Richard Marquand and stars Mark Hamill, Harrison Ford, Carrie Fisher, Billy Dee Williams and Frank Oz as the voice of Yoda. We will be screening the special edition released in 1997.

When I first browsed the schedule I thought they might be presenting the original 1977, 1980, and 1983 films respectively, which got me very excited. Turns out that’s not the case, in fact it’s near on an impossibility. They will be showing the 1997 versions which, as some would argue, are very different films. I tend to agree, and I yearn to see the original, unaltered versions in 35 MM again because those mark the moment my cultural imagination changed.

That said, I would jump at the chance to take my kids to see the 1997 versions if they are being shown in 35 MM for many reasons. Not least of which is how rare public showings of these films in 35 MM are. I’m not sure the LOC has gotten approval to do so, but I will be calling first thing next week to try and find out.

These films, particularly A New Hope, still produce a tractor-beam like grip on my imagination, and it might be argued that this film is the single most enduring pop culture artifact of the last four decades. Just this evening my kids were watching Star Wars: the Clone Wars series. More than 35 years later the 125 minutes I spent in a single screen movie theater in Baldwin, NY has played an almost daily role in my life over the last two decades. Between bad prequels, lego sets, video games, internet memes, DVD sets, posters, toys, and and on and on. In some ways the franchise is more akin to MacDonald’s than cinema these days, but at the same time I was born at a moment were the original magic that engulfed a generation was pure and transformative. Or at least I still need to believe that, and my kids experience of A New Hope probably won’t be one of mind blowing wonder like mine was in the late 1970s, but if it’s in 35 MM I don’t care. We’re going!