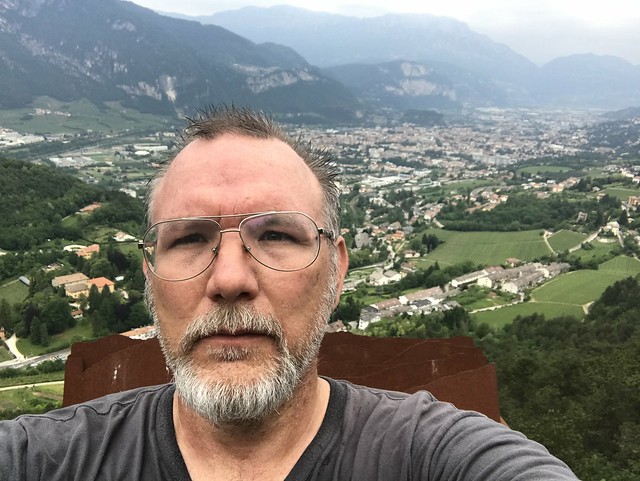 Selfie on the way up to the Bindesi

For the last three or four months I’ve been trying to get with the Trento program, in other words learning to embrace the verticality of my environs. For the first year or so I feigned sleep in the morning so that Antonella would take the kids up the hill to school.  And when I say hill I mean the equivalent of 15 flights of stairs—it’s a fairly quick, yet taxing walk. 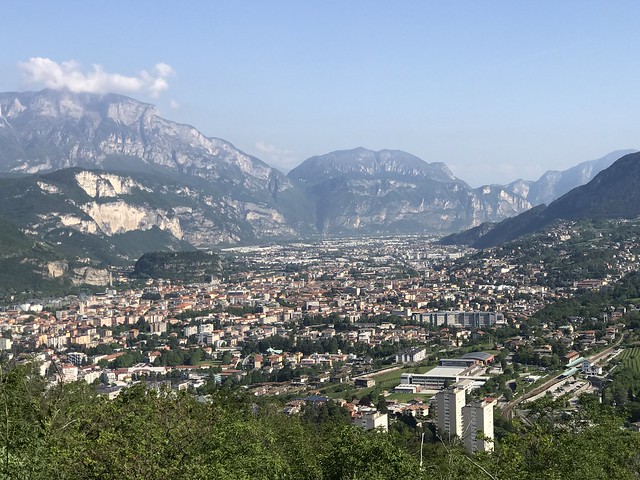 View of Trento from the Bosca della Cittá

Fact is, if you stay in Trento long enough sooner or later you have to bite the bullet and learn to love the inclines. So in that spirit I’ve been pushing myself to hike regularly since February, and a few months later I’m beginning to feel a bit better. I no longer hide under the covers every morning, on the contrary after taking the kids to school I usually go on a 4 or 5 mile walk/hike to the Bosca della Cittá or the Bindesi. This has become a fairly regular ritual, and I have been averaging 4 miles a day, climbing 40 flights of stairs and 11,000 steps (I’ve become a shameless step counter-I need therapy).  This week was a new high for me because not only did I keep the regular hikes going, but yesterday the entire family did a pretty intense hike on the mountain behind our house, Marzola, that brought us from 700 meters to 1400 meters. It was a seven mile hike that had us climbing 2100 feet!

The views were spectacular along the way, which almost made up for the pain of climbing. 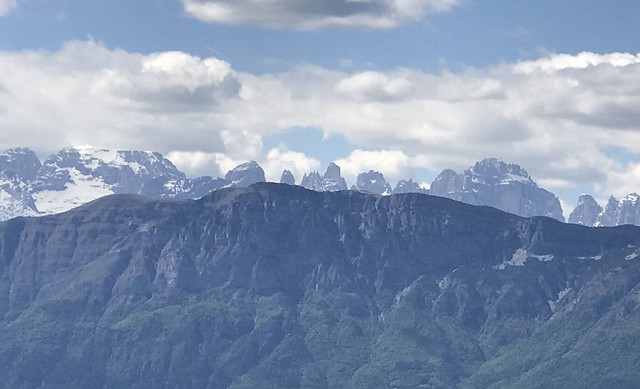 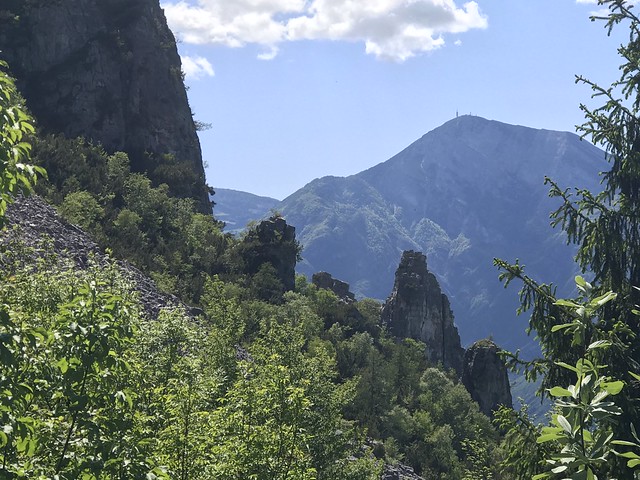 We hiked to a placed called Stoi del Chegul, which was pretty wild. The entire mountain of Marzola has traces of the massive project at the beginning of World War I by the Austrians to fortify Trento. More than 19 kilometers of tunnels were dug and parts of the mountains were dug out to hold munitions and supplies, not to mention more than 100,000 square meters of barbed wire. Despite all the work, the battlefront moved 50 kilometers south, so Marzola never saw any action. But the remains are everywhere present, in fact the Stoi are actually large chambers created in the mountains to store equipment, and Chegul has a whole bunch of them that were converted to summer homes after World War II. You can read some of the history here,  but as an American I am always struck by the immediacy of WWI and WWII in Trentino and Alto Adige. 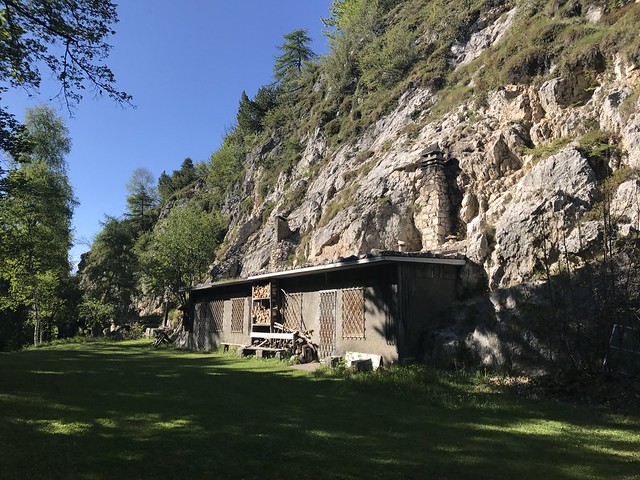 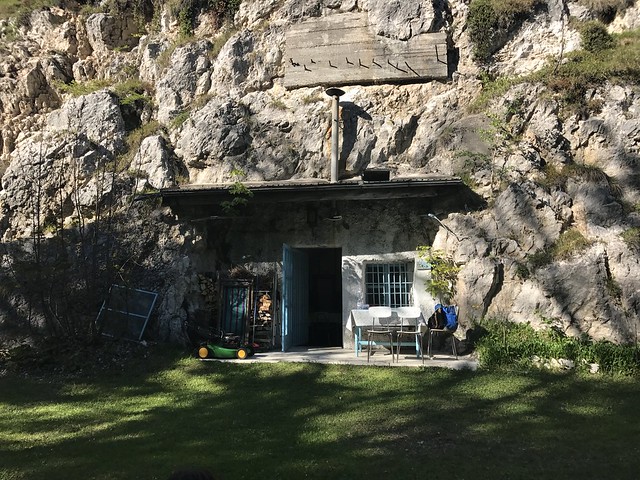 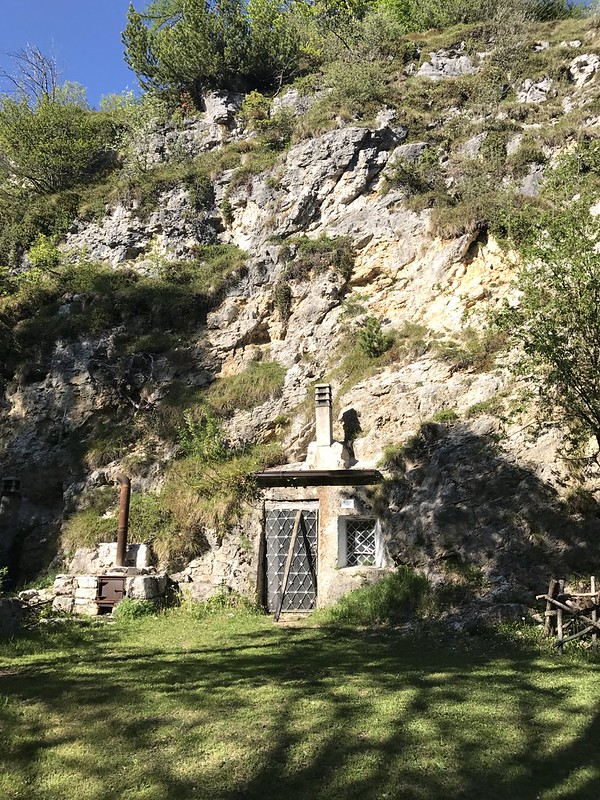 The apartments are owned by the province, but rented out to folks for the season. When we arrived exhausted and thirsty after 700 meters, some kind occupants of one of the apartments gave us some fresh water and much needed encouragement. 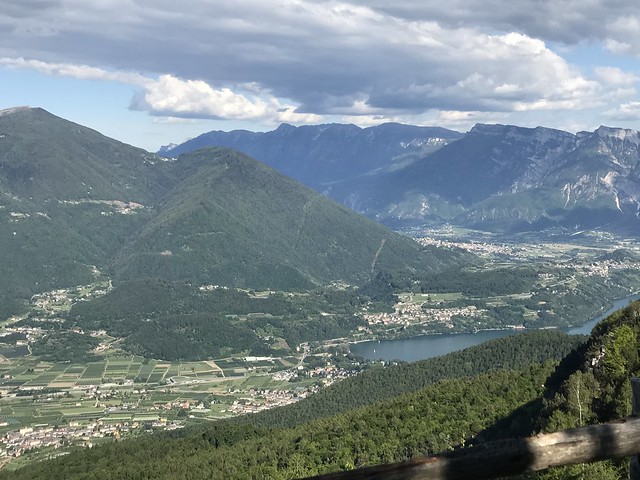 Just a few feet away from the apartments was a staircase to a view of the other side of Marzola, which overlooks the city of Pergine and Lake Caldonazzo. It was wild to finally hike high enough on Marzola to see through to the other side. We didn’t make it to the peak of Marzola (that’s another 300 meters), but we plan on it before the Summer is through. 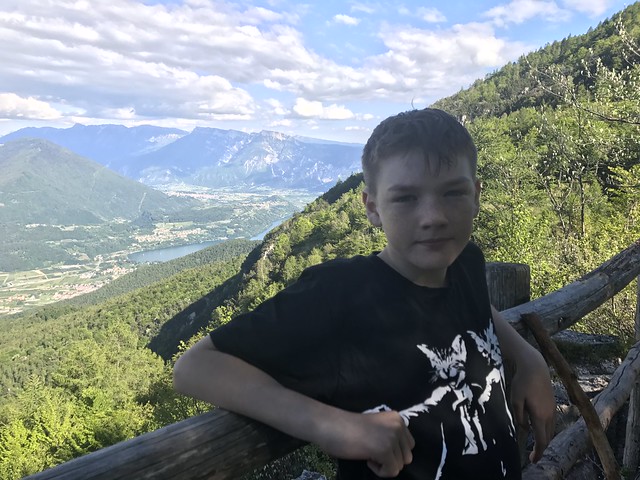 The hike was definitely a reminder that I have a long way to go in terms of dealing with these mountains, they are formidable rocks. At the same time, it was also a nice reminder that I’m far better prepared to deal with them physically than I was 18 months ago. This week marked a high point for my short hiking career, with daily averages of 6 miles, 60 flights, and 15,000 steps. I’m most happy with managing the flights of stairs, because that is the X factor in Trento. The more I train myself to be at one with climbing, the happier I will be here. And being here and happy is a longterm commitment for me at this point.

3 Responses to Take a hike, bava!