The Art of Surveillance

Just met with @savasavasava & @hypervisible with @jimgroom about their upcoming #Domains19 Keynote, 'Back to the Future: The Mothership or The DeLorean?'. To say I'm pumped for @DomainsConf is an understatement! https://t.co/qjO4ChIuQc

Yesterday Lauren and I spoke with Chris Gilliard and sava saheli singh in preparation for their keynote at Domains19 next month, and while we were discussing the various details I was searching for the link to sava’s Surveillance Studies films to share in the chat when I noticed these films were featured on Boing Boing back on April 9th!  That is pretty awesome, and I remember talking with sava in a coffee shop in Brooklyn before her imminent move to Canada explaining she would be a post-doc at the Surveillance Studies Center at Queen’s University, and damn did she make the most of it! The three short films she directed for the Center themed around surveillance (all of which you can find here) are starting to gain the attention they deserve, and the way in which they frames the human impact of this ubiquitous invasion on not only privacy, but the very essence of what it means to be human, is timely and laudable.

After some discussion, we decided during the check-in that Frames,  the dialogue-free exploration of the human implications of a smart-city will be added to the art installations for folks to watch as they will, with the other two films screening at pre-defined times over the two days. I am partial to Frames because it is a perfect blend of Black Mirror narrative set against the background aesthetic of a Michelangelo Antonioni film. 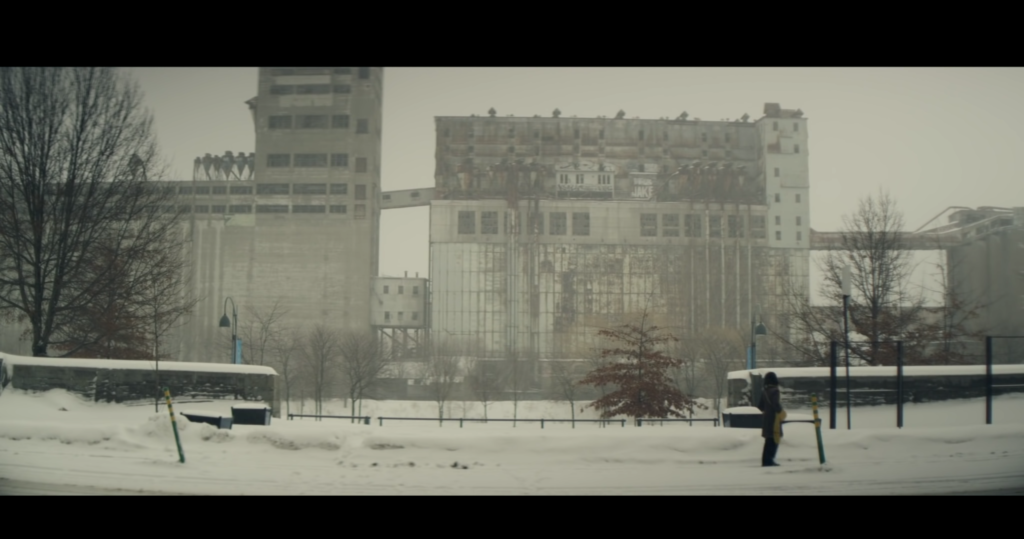 I also love the way the way the dialogue is unnecessary as you find yourself reading the data of the image to draw conclusions, however wrong, that place you within the system that is consuming us all. It’s art, and it will be on display at Domains19 next month, what’s more you can hear the artist herself talk about these films, which is just another reason to register by May 15th, and help support the art of surveillance 🙂

This entry was posted in Domains 2019 and tagged Domains19, films, surveillance. Bookmark the permalink.