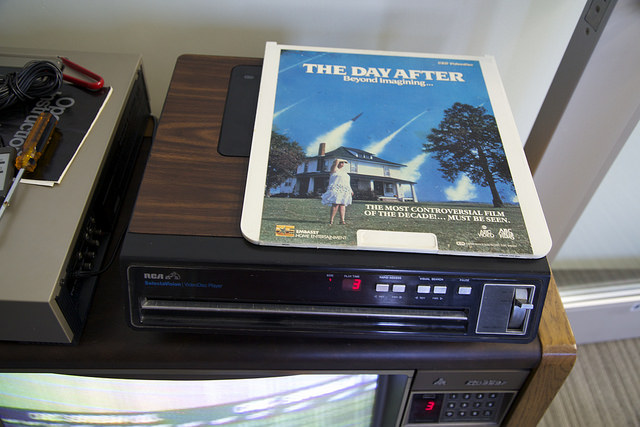 Yesterday I purchased an RCA SelectaVision player along with almost 50 movies for about $75 at a local shop here in Fredericksburg called Fat Kat Records & Books. This video format is truly crazy. It’s basically grooved, vinyl-like videodiscs that are read by a stylus. It’s such a bizarre hybrid technology between the worlds of analog and digital—perfect for the Console Living Room exhibit we’ll be running at UMW next month. 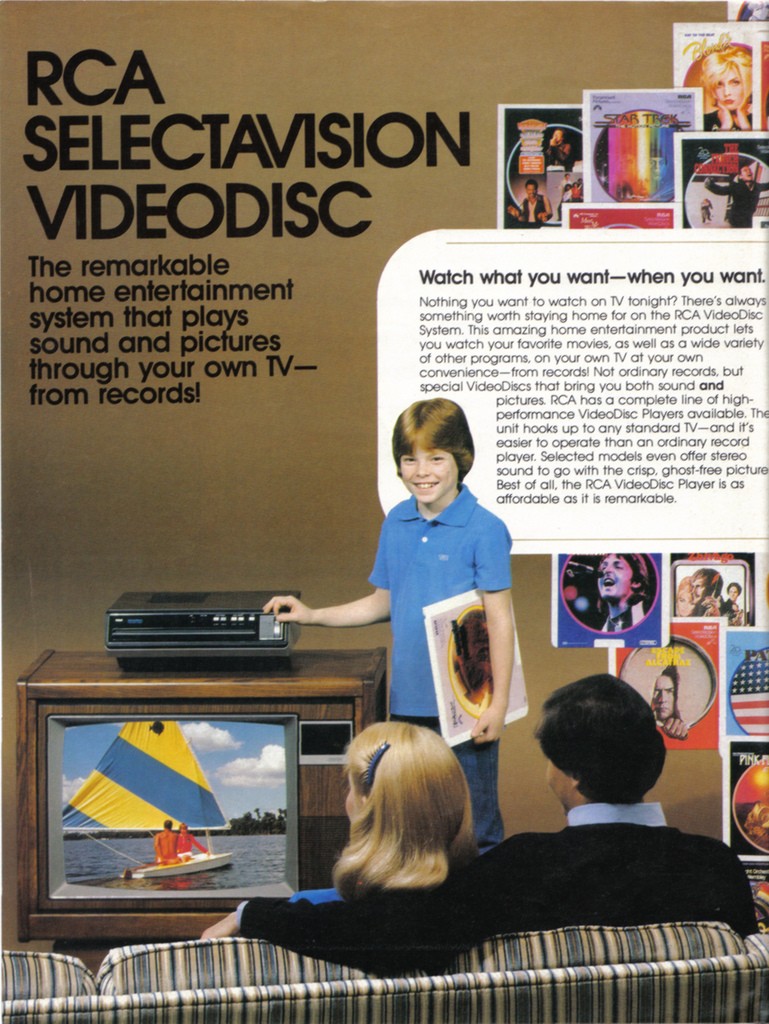 This format only lasted from 1980-1985, and it just couldn’t compete with either the Laserdisc or the VHS. What’s more, the format had more than a few flaws, and it’s greatest imperfection was responsible for the awesome movie disc design. 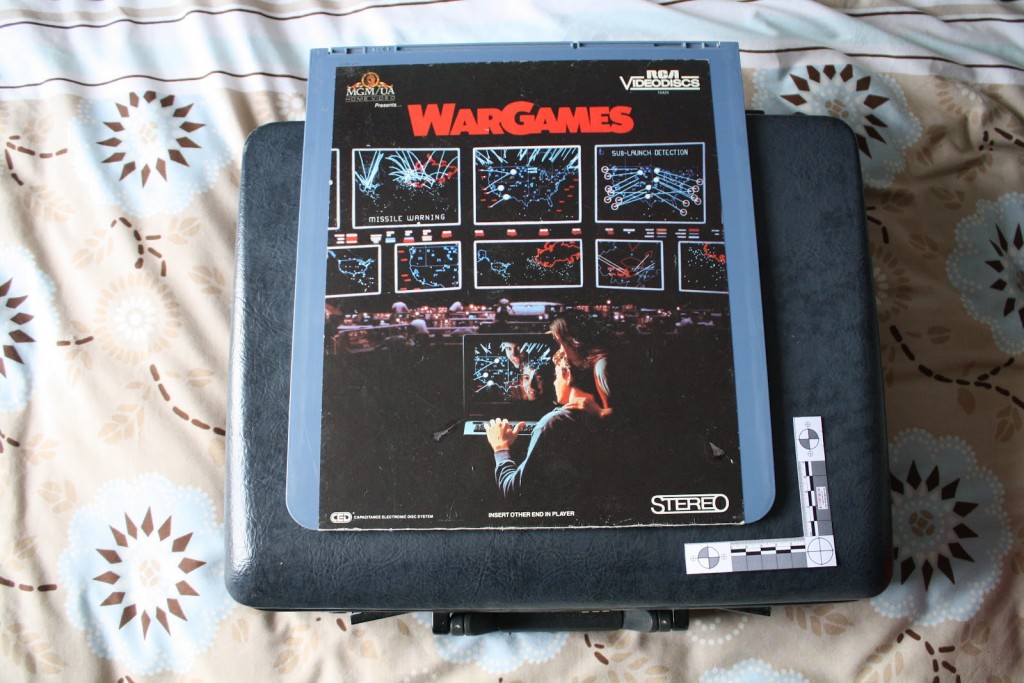 As you can see above, the SelectaVision movie disc was roughly the size of a vinyl record. It came in a fairly elaborate protective sleeve because so much as a fingerprint on the videodisc, and it was shot. Such a huge Achilles Heel made them pretty inventive in creating packaging that would ensure you never touched the actual disc. 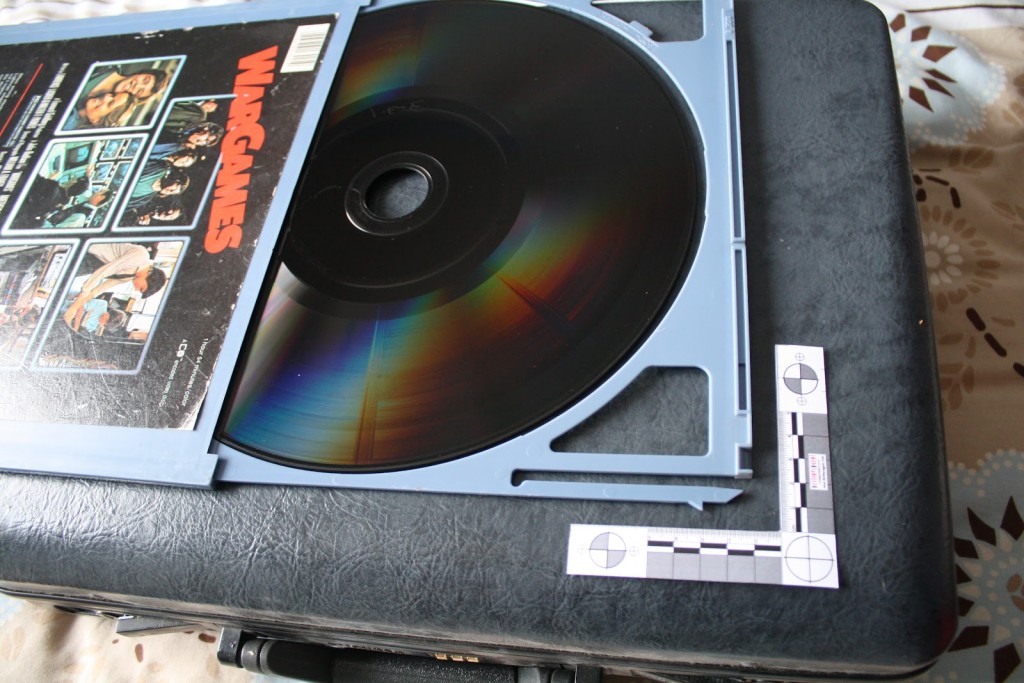 You would push the disc into the SelectaVision player, and then pull the casing out, leaving the disc in to start playing. The art sleeve was left empty, with disc and it protective chassis in the machine. 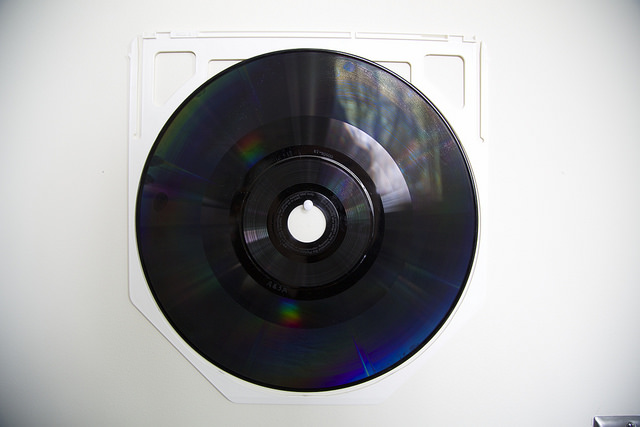 This is the inside of the Godfather Part 1 disc

Above is a look at the disc and protective chassis without the sleeve. It’s actually grooved, like vinyl, and really straddles the conceptual line between analog and digital. Below is a box containing some of the discs I picked up for fifty cents each! 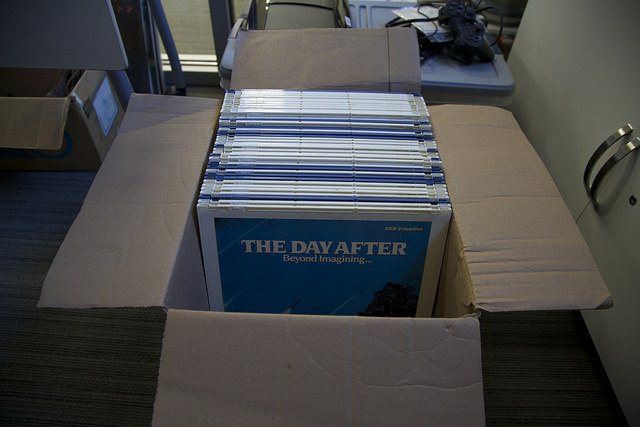 To inaugurate the machine, I decided the 1983 nuclear propaganda TV film The Day After would be most appropriate—although I got a ton of awesome 70s and 80s films. 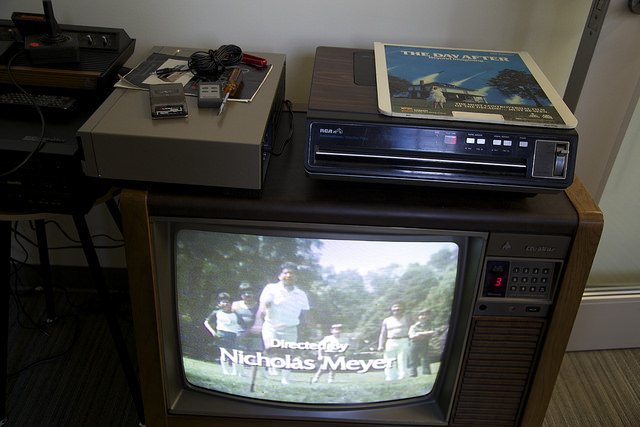 I think the cartridge/stylus is going on the unit because the sound is really low and the image is bad. Although, from what I am hearing, this may be a feature of the format given how easily the discs scar. That said, I tried a number of different discs, and all of them exhibited almost the same exact issue so I’m thinking it’s player specific. But luckily, some awesome, obsessed person created the RCA SelectaVision VideoDisc FAQ that answers just about every question imaginable. God bless the web!

I’ll be doing some more research, and if I can muster the time and energy I might even try and get my hands on a new stylus before the exhibit starts. I’m really taken with this format right now, and how awesome is it that $75 is enough to get started as a pseudo-format collector? Failed technology formats FTW!

3 Responses to The Day After on SelectaVision