I had planned on giving my presentation on EDUPUNk in Puerto Rico, but I once again decided against it, and changed my topic to deal with something I am a bit more familiar with: film, zombies, and consumer culture 🙂 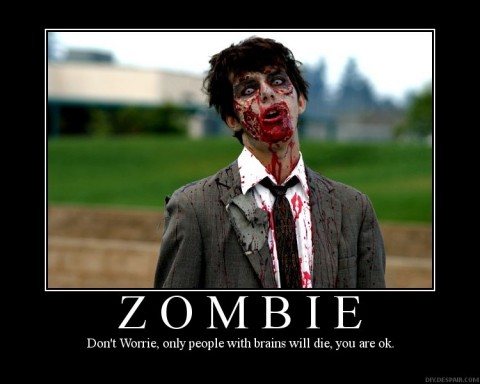 I have to say that this presentation for the simposio “La Nueva Web y la transformaciòn de la EDUCACION SUPERIOR” at the Universidad del Sagrado Corazòn was a lot of fun. I had been off the presentation circuit for a while now, licking my psychic wounds; playing with my three beautiful kids; making a point to take some vacation; and all the while mourning a woefully neglected blog. What’s more, the growing need to pick up extra work like teaching and consulting to….make money money, make money, make money—has kept me in an almost constant state of work over the last few months.

All this to say, Antonio Vantaggiato’s more than kind offer to come to Puerto Rico yet again, and present alongside Dolores Reig (who may be the nicest person I have yet to meet in edtech, and certainly one of the coolest) along with catching up once again with the poet/philosopher Mario Núñez Molina is an absolute thrill. So this was a pure pleasure, and I decided last night I would pretty much talk about whatever I wanted within bounds of the conference theme (having scrapped the original plan just yesterday), and given the “web is dead” cry has been on my mind (I can’t even think that term without immediately breaking into this song by The Pixies) I read The Wired article, thought about the last ten years of the web, and then grafted my fascination with film and zombies on top of that, and voila: “The End.” Also, given I am presenting to a community whose primary language is Spanish, I decided to make my presentation entirely with images and video. Anyway, the actual video of the presentation shouldn’t be far behind, which will put some text behind the abstracted visuals below. Although enjoy the second slide, which is the opening scene from Apocalypse Now!…yes!

And why am I excited about this presentation? Well, it’s nice to arrive at the place where I can pretty much frame things I’m interested in and have been loosely thinking about into a relatively coherent presentation for people on the spot. It’s a skill I’ve been learning over the past three or four years by presenting so regularly to classrooms and various congregations of a wide variety of folks about this stuff. And what’s cool, is it’s still a lot of fun to do. 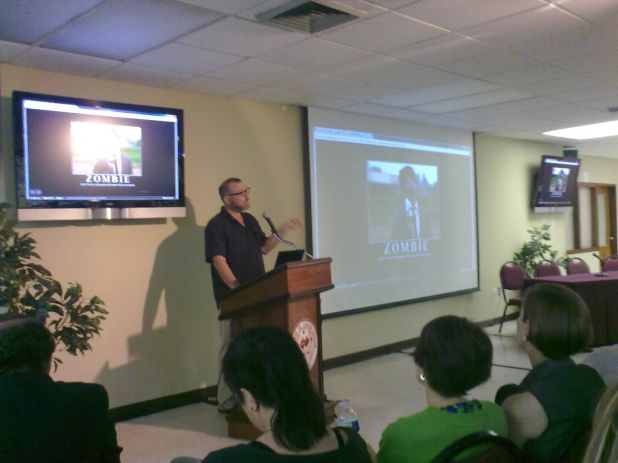 Image credit: EDUMORPHOSIS‘s Ow.ly photos
Anyway, below are the images at least, hopefully the video will follow shortly because by zombie rant about movies, culture, and allegory is one I want to sharpen and re-present again sometime. It was better than my EDUCHUD presentation at WordCampNYC last year (which was tortured and still searching for the frame I found here), and it felt likeI hit my stride. And, I can now say with some assuredness that from here on out I will only talk about edtech as it relates to film and the undead, but preferably film about the undead 🙂

I have more to say about my time here, but I’d like to continue enjoying it before I do a wrap-up, so until then….hasta, but not basta.

3 Responses to The End