A couple of nights ago enjoyed an epic double feature of the two defining Vietnam War movies: The Deer Hunter (1978) and Apocalypse Now (1979). It was a 6 hour tour de force, and both films were even more mind-blowing then when I saw them as a teenager on VHS. Apocalypse Now is an all but perfect film, and it is insane to think it might not even be Coppola’s best—how can that be possible? But I do not think it is hyperbole to suggest The Godfather (1972) may be the greatest film ever made. Apocalypse Now narrative abstraction takes the war and places it within the literary landscape of Joseph Conrad‘s imperial critique of Heart of Darkness.  A brilliant reframing of that narrative that enables the film to both engage and transcend the political specifics of the US in Vietnam.

The Deer Hunter is a bit more complicated. Rather than playing like a literary allegory, it comes off almost like a documentary of the war’s effects on one largely immigrant working class town in rural Pennsylvania. And while Michael Cimino denies the film was intentionally political, its reception certainly was. The film’s demonization of the North Vietnamese pissed off countries of the Soviet Bloc to such a degree they stormed out of the 1979 Berlin Film Festival in protest:

During the 29th Berlin International Film Festival in 1979, the Soviet delegation expressed its indignation with the film which, in their opinion, insulted the Vietnamese people in numerous scenes. Other socialist states also voiced their solidarity with the “heroic people of Vietnam“. They protested against the screening of the film and insisted that it violated the statutes of the festival, since it in no way contributed to the “improvement of mutual understanding between the peoples of the world”. The ensuing domino effect led to the walk-outs of the Cubans, East Germans, Bulgarians, Poles and Czechoslovakians, and two members of the jury resigned in sympathy.[64]

The vision of the Viet Cong is anything but sympathetic, and demonstrations against the film’s racist portrayals of the North Vietnamese were not limited to the Soviet countries. More than a few US critics called-out the film for its overtly macho storyline and caricature-like study of the war. That said, the opening and closing acts of this group of blue collar Slavic-Americans coping with the fearful anticipation and post facto horrors of war provide an intense, compelling study of one town’s fictional story.

What’s more, my friend Andrea stopped the film at the scene when Robert Dinero’s character uses a flamethrower to kill a Vietcong soldier that had just gunned down a woman and her child. According to him, the Italian audiences in 1980 wildly applauded this moment. The Deer Hunter (or at least this scene) became both a lens reflecting Italy’s own political violence throughout the 1970s, a period known as the Anni di Piombo (or The Years of Lead)—as well as a release from it. Let me back-up, the Anni di Piombo defines the violent jockeying for power amongst far-right, far-left, police, and organized crime groups from the late 1960s through the early 1980s. There were various poles of power, a few of which were autonomous radical Marist terrorist groups—most notoriously the Red Brigade. The Red Brigade took this political violence to its extreme in 1978 when they kidnapped and murdered the Italian prime minister Aldo Moro. Dark times, indeed. 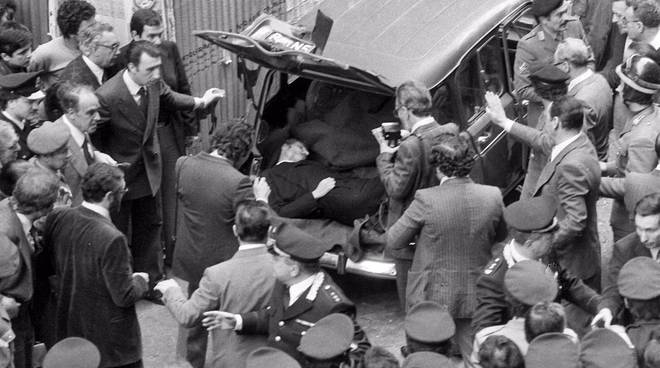 So, in 1979 when Robert Dinero brutally kills a communist soldier in Vietnam, the general reaction amongst Italian movie going audiences was to cheer. The cheer may have simply been a sadist celebration, but it has also been read as a final refusal of communism’s long battle for the soul of the Italian people. Italy had the most powerful communist party in Europe, and during the post-war era its loyalties between the USSR and the USA were split politically. So Andrea’s suggestion that this scene in the Deer Hunter might be read as a the metaphorical nail in the coffin of Italian communism was a fascinating reading to me. The cleansing by fire of Italy’s communist sympathies and a full blown engagement with US culture and politics during the 1980s—which by most counts was the case. I did some searching online to see if I could find anyone making similar claims, but given I was searching in English my first round produced next to nothing. 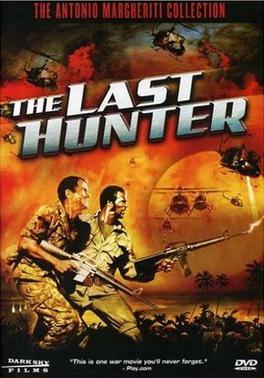 I say next to nothing because I did find one wild bit that is near and dear to my b-movie heart. The fact that the Deer Hunter was extremely successful in Italy when it came out in 1979  is reinforced by the fact Antonio Margheriti made a knock-off of the film originally called Cacciatore 2 (or Deer Hunter 2), but was changed to The Last Hunter to avoid lawsuits. It was part of the b-movie genre known as Euro War (or Macaroni Combat films) and was meant to capitalize on the success of The Deer Hunter, and it was the first of these Euro War films to be set during the Vietnam War. It was shot on location in the Philippines in many of the same locations as Apocalypse Now! So, I can at least confirm The Deer Hunter was popular enough in Italy to immediately spawn an unofficial sequel to capitalize on its success.

I have yet to see The Last Hunter, but it is now on my list. But more than that, I guess this whole post was inspired by the fact that a film like The Deer Hunter might somehow provide both a mirror and a release valve for Italy’s own struggles with their political identity in the wake of more than a decade of intense terror in the streets. I’ll have to do some more digging to confirm some of this, but for now I’ll just leave it here as a potentially fascinating complex resulting from a scene in a movie I would have never really been able to grasp if I wasn’t watching it in a specific place with a specific person at a particular time.