I have so much to blog about these days that I am a bit overwhelmed. After my mini-vacation in Portland, Oregon I headed up to the land of Northern Voices to attend a seminar dealing with “The New Web: Interactive and Collaborative Technologies for the Museum World” with Jim Spadacinni of Ideum fame. I have to say, thus far it is everything I hoped for and much more. Over the course of two days we have already covered more topics about Web 2.0 technologies for museums than I have the energy to muster up and blog about in one sitting.

First and foremost, checkout the del.icio.us links for this seminar, there are already 89 links and most of them have a lot of juice. You may even be able to sketch, in broad strokes, where we have been going over the last two days.

There are two discussions we had today (via videochat) with Kevin von Appen, from the Ontario Science Center, and Seb Chan, from the Powerhouse Museum in Sydney, Australia that each deserve their own blog post. For both of these cats had a lot of great things to share, and the ways that they have been integrating these interactive technologies into their museum’s online presence is quite impressive. I dedicate this post to our discussion with Kevin von Appen of the Ontario Science Center, and will soon hereafter create a separate post for our exchange with Seb Chan

The Ontario Science center has created a space online, distinct from the more conventional museum site, called Redshift Now. Kevin von Appen suggested that what the Ontario Science Center was aiming to make museum visitors co-creators and innovators. And they have gone quite a long way towards fulfilling that ideal, check out their stop motion animation projects, known as “Fresh Ideas” for an excellent example of making your visitors visionaries. These short, animated films created by museum guests are uploaded to the RedShift Now site, after which the creators have the opportunity to explain the short in their own words and respond to other users’ comments about their work. Remarkable stuff!

The site also has a simple, but pointed, daily Quick Poll that connects with users on local issues that have relevance to science and the environment. For example, today’s poll was as follows: 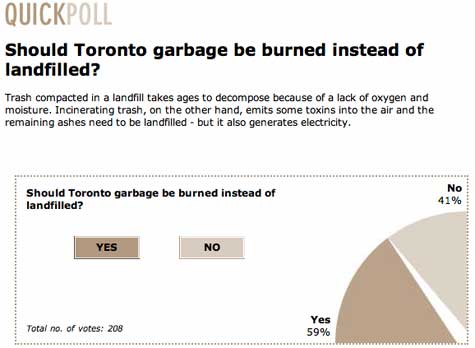 The most successful element of RedShift Now, however, are the podcasts -also known as the Redshift Report– which get over 100,000 downloads per month. The conception for these podcasts is quite smart, they take questions folks e-mail them about all things science, and have one of their resident scientists respond to the question in conversation with the podcasts host, Ken Dickson. The episodes are relatively short, anywhere between five and ten minutes, for as von Appen noted -often times with podcasts of this nature less is more. Something to consider.

Which brings me to yet another innovative leap for RedShift Now, their expansion into the realm of youtube. They have produced short, two-minute videos dealing with a specific scientific phenomena, for example they have a video up on the “Plasma Ball,” which is quite accessible and informative. Check it out here. (I tried embedding the youtube video in this blog post, but the Ontario Science Center prohibits it. I am not sure why for it is already “out in the wild”.)

The Ontario Science Center is really doing some amazing stuff with these new interactive technologies in the museum realm. It was important for me to realize that these technologies, while groovy in their own right, depend upon an innovative and “in perpetual beta” mindset in order to take the necessary risks and possible failures to discover what works and what doesn’t. What remains crucial is that folks like von Appen are pushing the envelope regularly -they are even planning their own home-grown version of Make, which will allow users to document and feature their own home inventions on RedShift Now -brilliant!