Last week I shared some thoughts about Domains with faculty at Grinnell College. It was supposed to be a conversation, and if I was as responsible and prepared as Alan Linklover it might have been, but I wasn’t and it wasn’t. But to my defense it was not only because I was underprepared, but also because when I tried to approach the faculty at Muhlenberg College for a conversation in Spring I found I was all over the place. I felt it was pretty awful, so with that in mind I fell back on the structure of some slides for this session.*

I met with Mo Pezel the week before the session to make sure the tech works, and try out my virtual camera setup through OBS, which worked a treat. It’s always fun to present as a fly on top of the screen you’re sharing. 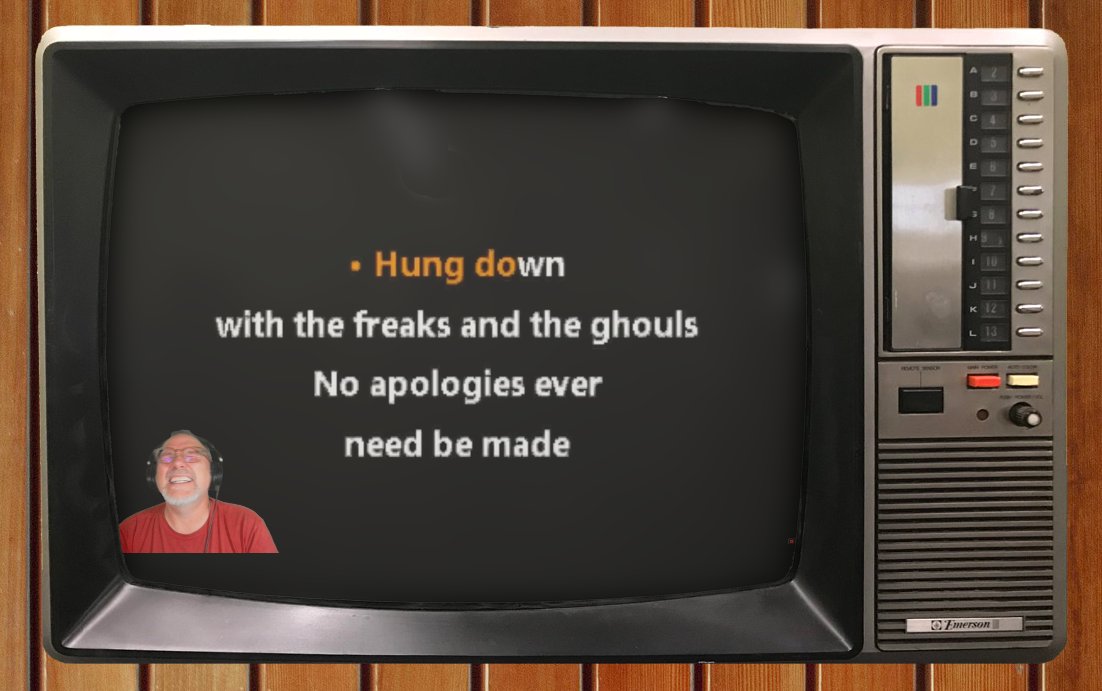 This image is purely for OBS screen-fly demonstration purposes

The above slides have some links in them, but the jist of my talk was the following:

I’m not sure I realized it at the time, but this talk was not so much about Reclaiming one’s web presence and all—although it’s always that—but  (thanks to a trackback I got from Tierney Steelberg’s post about the workshop) the fact that Domains is always about the people and the connections that emerge as a result. I make no apologies for continuing to “play the hits” from the good-old UMW days. They were professionally formative and a deep part of that were the conversations and connections that made us believe we could build an alternative space within the field. Domain of One’s Own was not some ridiculous technical or ideological dream-vision born from a mad genius, it was an everyday occurrence amongst people within the field who would regularly share their thoughts on the state of the web from their own domain. What’s more, it was from these syndicated missives that I would learn about the field, get inspired to explore new things, and then write and share what I’ve learned. A pretty virtuous cycle when it was working well. At the center of it was a decentralized network of people that did this same thing somewhat regularly—a web that extended far beyond UMW.

There was (and I believe still is) a core set of values at the center of that web that was built upon having faith in a seed of a thought that you share with others in hopes the great chain of professional, personal, and intellectual connections gets stronger, and in turn further fortifies the hope that together we can change how we imagine teaching and learning both within and beyond formal institutions. The sense of possibility there is often discounted 10-15 years later, but it was real and it was sustaining at the level of the soul.

And as edtech has become more a financial market than a blogging network some of the finer points of the work can get lost. But one thing that remains pretty consistent in my experience is behind any successful, interesting project is a group of creative, committed people working with faculty, students and staff to help them imagine alternatives. This workshop run my Mo and Tierney kind of struck me as an example of that, and I appreciate them bringing in a washed-up edtech like me in to talk (even if I was having trouble conversating), because it sounds like it was a decent starting point to get the attendees excited about what’s possible, that will then be backed up with localized support to will it into being…and then it is no dream!

There is no secret sauce to Domains, it’s all about people on the ground supporting others who want to do something cool (and maybe sometimes not so cool). I love Domains and still believe a basic literacy in the web is an essential part of a 21st century curriculum, but even more important are folks on the ground who can communicate and support this idea—so for those about to rock Domain of One’s Own (or just about any other technology they believe in except all proctoring spyware) we salute you!

*Luckily I knew folks like Alan and Martha Burtis and Robin De Rosa were going to talk after me, so I could afford to be the weakest link in the chain as the conversations grew stronger as the professionals rolled in.

This entry was posted in Domain of One's Own, presentations and tagged domain of one's own, DoOO, Grinnell, presentations. Bookmark the permalink.