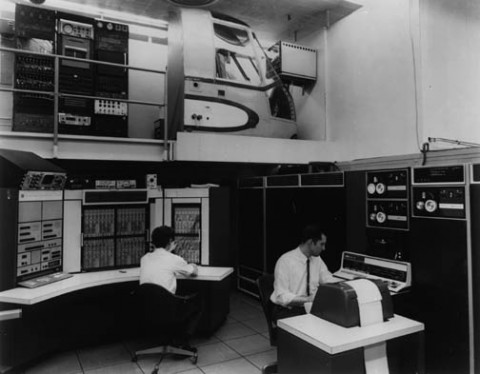 This week in The Internet Course we started discussing the topics the class has been researching, summarizing, and conceptualizing for the first three weeks. Five students made up a panel that talked about the History of the Internet from [[J.C.R. Licklider]] and the development of [[ARPANET]] through Web 3.0—if there even is such a thing. It’s an interesting moment to talk about the history of the web when it’s creator, [[Tim Berners-Lee]], is calling for us to reclaim the web from corporate monopolies and nationalized centralization (maybe that’s Web 3.0).

On Tuesday evening the students did an excellent job of framing the establishment of ARPANET. They introduced some of the foundational elements undergirding its emergence. Licklider’s Man-Computer Symbiosis article that helped an entire industry re-imagine itself as more than building calculation devices, the establishment of computer time-sharing, and the invention of packet-switching networks (invented by both [[Paul Baran]] and [[Doanld Davies]] separately during the 1960s). They also covered the various applications for which the internet was imagined: as a re-imagination of the postal service (Donald Davies, National Physics Lab, UK); a decentralized communciations network that could trigger a counter-strike in the event of nucelar attack (Paul Baran, Rand Corporation); and the rather pragmatic need to have various machines talk to one another over a network (Bob Taylor, ARPA).

The fact that the internet was born from several distinct thinkers during the 1960s at roughly the same time is fascianting, and even better is they all converged and collaborated at the end of the decade to focus on accomplishing the herculean engineering feat of building a the beginnign of the internet: ARPANET. It’s a remarkable story, and ehen we teach this course again I’ll recommend making sections of the 1996 history Where the Wizards Stay Up Late required reading (thanks Alan). The panel did the early history of the Internet justice, which was very cool given they based the discussion entirely on their own research and resources. What’s more, Lauren Brumfield ended with a provactive question that led to some excellent discussion: was the internet the greatest invention of the 20th century? Suggesting other possibilities to cosnider: the car, the theory of relativity, the airplane, the atom bomb, etc.

On Thursday the panel was reconvened  to discuss the history of the internet from the 1970s onward. We covered quite a bit during class, but one of the issues we ran into is I hijacked the panel. Facilitating a panel does not mean taking it over 😉 We seeded a few questions and subjects worth covering in an email before class, but when I pushed the questions back to them and there was anuncomfortable silence for even a minute I took over. I knew I was doing it, at the same time it was hard to stop. The push to make sure we “cover the history” seemed somehow more important that facilitating a discussion in the course which, done well, would be far more generative. How long have I been doing this? You’d think I would know better.

Paul and I have been working hard this year to restructure our courses to focus around students regualrly sharing what they’ve learned by running the sessions fairly regularly. It worked quite well in the True Crime course last semester. At the same time, it’s still hard for me to let go. I find it so easy to slip back into the role of taking control and framing the history for them, partially from excitement and partially from a necessary discomfort I want to resist. I struggled with that on Thursday night when we discussed the various internet protocols that emerged during the 70s and 80s, as well the various stages of the web, i.e. Web 1.0, 2.0, and the ellusive 3.0.

So, rather than crying over spilt milk, we asked the class at the end of the session how we can make the panel approach better. What’s awesome is they let us know. Here are there tips that we are incorporating for next week when the “How It Works” panel discuss the technical infrastructure of the Internet:

I’m happy with this, and I think it’s solid advice. I love the way we are running this course, and I have to let go a bit and have faith that experiments in a course like this are valuable and necessary. That said, I’d love here from anyone enrolled in the course who has more advice or feels differently abotu any of it. Teaching is the greatest thing in the world, but it can sure be hard sometimes.

This entry was posted in The Internet Course and tagged internet, teaching, tic104, Where Wizards Stay Up late. Bookmark the permalink.