Wall Street, the Other Mob 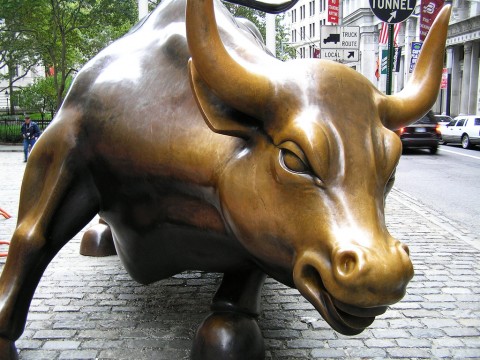 I loved the passage in Nicholas Pileggi’s Wiseguy where Henry Hill talks about how the Wall Street bankers took the mob to the cleaners.

When stolen securities got big, we used to have Wall Street types all over the place buying up bearer bonds. They would send them overseas, where the banks didn’t know they were stolen, and then they’d use the hot bonds as collateral on loans in this country. Once the stolen bonds were accepted as collateral, nobody ever checked their serial numbers again. We’re talking about millions of dollars in collateral forever. We got robbed on those jobs. At that time we didn’t have any idea about collateralizing foreign loans. The bankers took us to the cleaners. We got pennies for the dollar. (128)

This bit struck me as prescient. In the mid-1990s the mob was deeply involved in Wall Street, with boiler room stock hustlers that would sell phony stocks and ultimately cash in on millions they missed out on, according to Hill, in the 60s and 70s. I love the idea of Wall Street bankers and brokers as the original gangsters, the true mobsters cleaning up on untraceable bonds (which are all the rage again) of which your average wiseguy couldn’t fully comprehend the value. What’s also interesting in the context of this book is that Wall Street is framed for what it is: the most lucrative hustle going. A fact that has never been more apparent when the global depth of the junk bond fiasco became apparent in 2008.

Paul and I talked about doing a larger segment of this course on corporate crime. One possibility was including the documentary Enron: The Smartest Man in the Room which is an examination of one of the largest business scandals in U.S. History. We passed cause it was somewhat late in the planning, but if we do this one again I think we could and should do a whole section on corporate crime.

And as fate and luck would have it, Martin Scorsese is coming out with a film this Christmas titled The Wolf of Wall Street, which is based on a memoir of pennystock boiler room broker from the 1990s Jordan Belfort. Interesting enough, there was a film made in 1929 with the same title—coincidence? I think not. Is this an update of Goodfellas for the Wall Street era? Probably not, this will probably be a lot more like the mediocre film on the topic Boiler Room (2000).

Anyway, here is the trailer for the film. And you can be sure the tale of unmitigated criminal greed on Wall Street has only just begun to be told in popular media—looks like the mob angle could be next with  Mob Street.

This entry was posted in True Crime and tagged Martin Scorsese, movies, The Wolf of Wall Street, truecrime. Bookmark the permalink.