We Got Our PMA: Bad Brains Back in Rotation 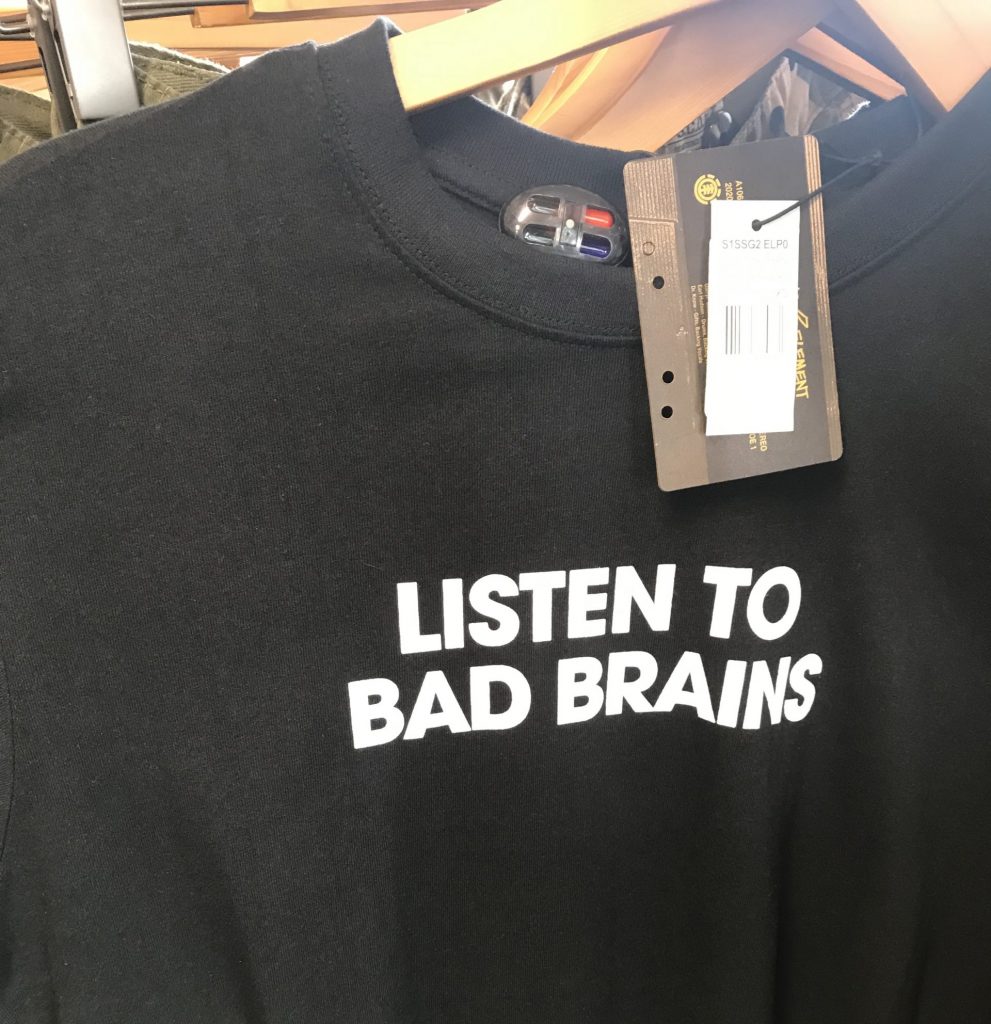 I saw the above shirt while shopping with my kids in clothes store here in Trento. While I was surprised for a moment, it quickly turned to endorsing this message. One should listen to the legendary DC punk/reggae outfit the Bad Brains early and often.* So when we needed to setup another shared hosting server as we prepare for the fall, I saw this shirt as a sign it was high time to bring back this pioneering band that while defying genres, brought a whole lot of musical class to the punk rock scene. In fact, along with Black Flag you can argue the Bad Brains helped define the course of hardcore punk over the next decade.

One of our very first institutional servers for the University of Oklahoma was named after this band, but we discovered naming school servers after bands quickly became impractical, especially when schools have multiple servers. So, when we migrated much of our infrastructure to Digital Ocean a bunch of servers with hardcore band names got retired, minutemen, huskerdu, joydivision, ramones, and many more. We’ve been bringing them back into rotation, and given the state of the Union in the USA and a general ban on logic in DC right now, it seemed like an ideal time to honor a band that itself was banned from DC as a result of their raucous positivity.

In fact, the ban on the Bad Brains forced them up to New York City in the early 80s where they infused that scene with a powerful shot in the arm: influencing bands like the Beastie Boys, the Cro-Mags, Reagan Youth, and many more. Being a kid on Long Island in the early 80s and going into Manhattan to see the Bad Brains was formative. The energy on stage was electric, the live show was not unlike the iconic thunderbolt hitting the cupola on their eponymous album Bad Brains.

So, I guess this is as much a PSA to listen to the Bad Brains, as it is an attempt to spread some PMA as we put the Bad Brains back in rotation at Reclaim Hosting.

*I do hope the skateboard company that created the shirt, Element, is giving the band a piece of the action.

This entry was posted in Uncategorized and tagged Bad Brains, reclaim, reclaimhosting, server. Bookmark the permalink.