Reclaim Arcade: If You Will It It is No Dream

While I was on vacation Tim shared the following images of his progress re-populating the Reclaim HQ with our 45+ old school video game cabinets. You see, back in March we had emptied the space in preparation for major construction to convert the space into Reclaim Arcade: a 3,000 square foot restaurant, bar, and arcade—complete with 1980s living room and video store. You can imagine what happened next, COVID-19 laughed at our grandiose plans and dreams. Although all was not lost, the virus hit before we finalized any contracting plans so we fortunately avoided any more significant financial obligations. Sheer luck, but we’ll take it. What’s more, we turned our attention to something we could control: Reclaim Cloud. 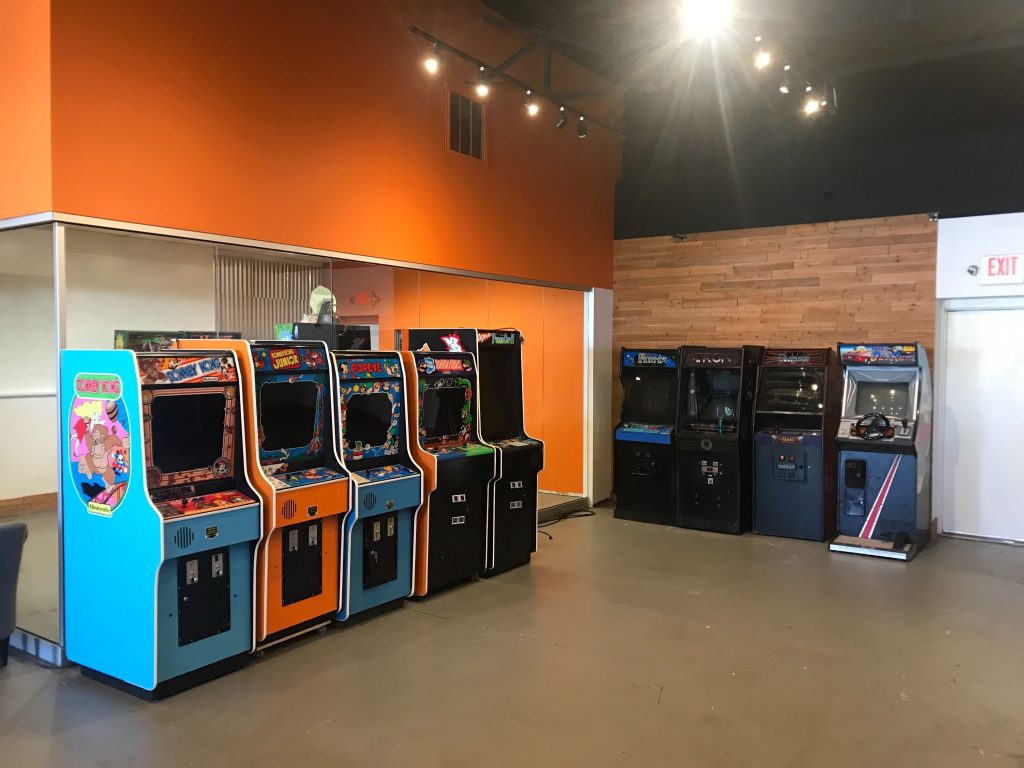 Reclaim Arcade’s Nintendo Row (with the back wall of Phoenix, Tron, Gyruss, and Outrun)

So, when Tim shared the images in this post last week it felt like REDEMPTION! I could immediately see how amazing a significantly dialed-back vision would look. The space was transformed into a full blown arcade consisting of all the games we collected over the last two years. It was a much needed salvo for the soul, because Tim and I have been hurting since the arcade was placed on indefinite hold. Did I already say the space looks amazing? And that’s without any of the planned work which would have added two more bathrooms, a kitchen, self-pouring taps, and expand the main room another 250-300 square feet  with a multi-use conference/party room. But even without the vision we imagined (which I still believe is amazing and may happen one day) we have a very serviceable arcade for a fraction of what we were prepared to spend.

So the idea of an OG arcade sans restaurant, self-pouring taps, major construction, etc. has returned. In the end this is a passion project, and Tim and I were willing to go all the way with our original vision, but given the state of the world it only makes sense to ratchet back that vision for the time being. What’s more, given we are not over committed we can wait to open when it’s safe again. 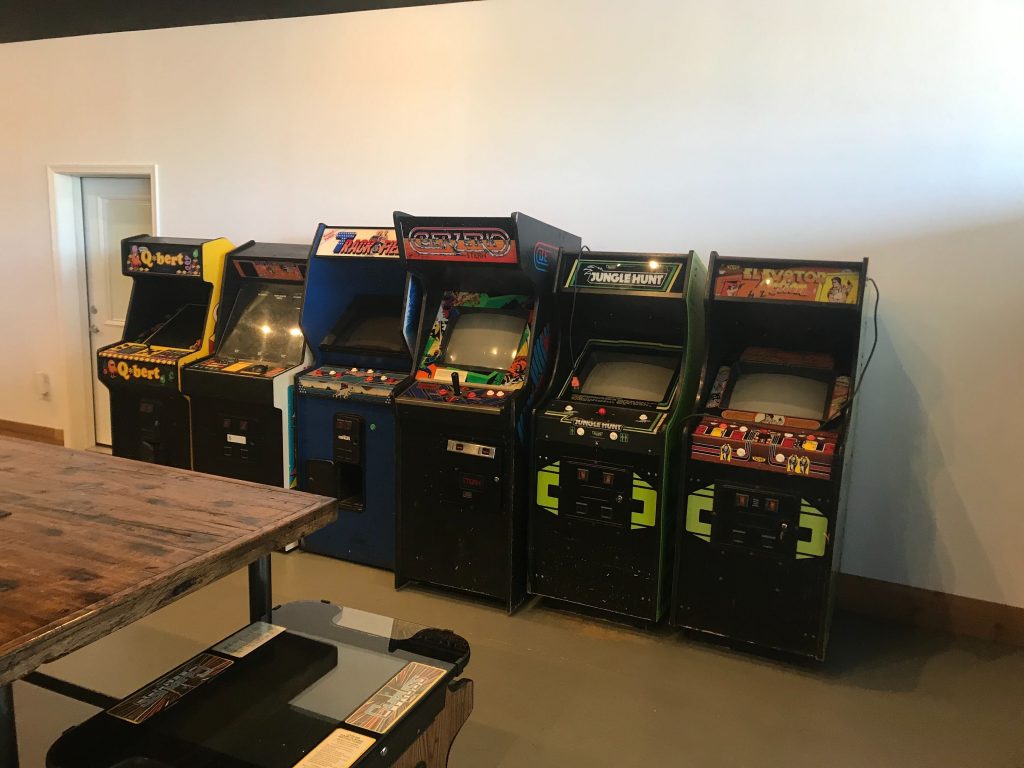 So, wait we will. In the meantime we’ll need to reach out to Ryan Seslow for some wall mural action and perhaps build a bar and do some small work here and there, but we’ll absolutely be inviting the public to play some OG video games once it’s safe to do so. 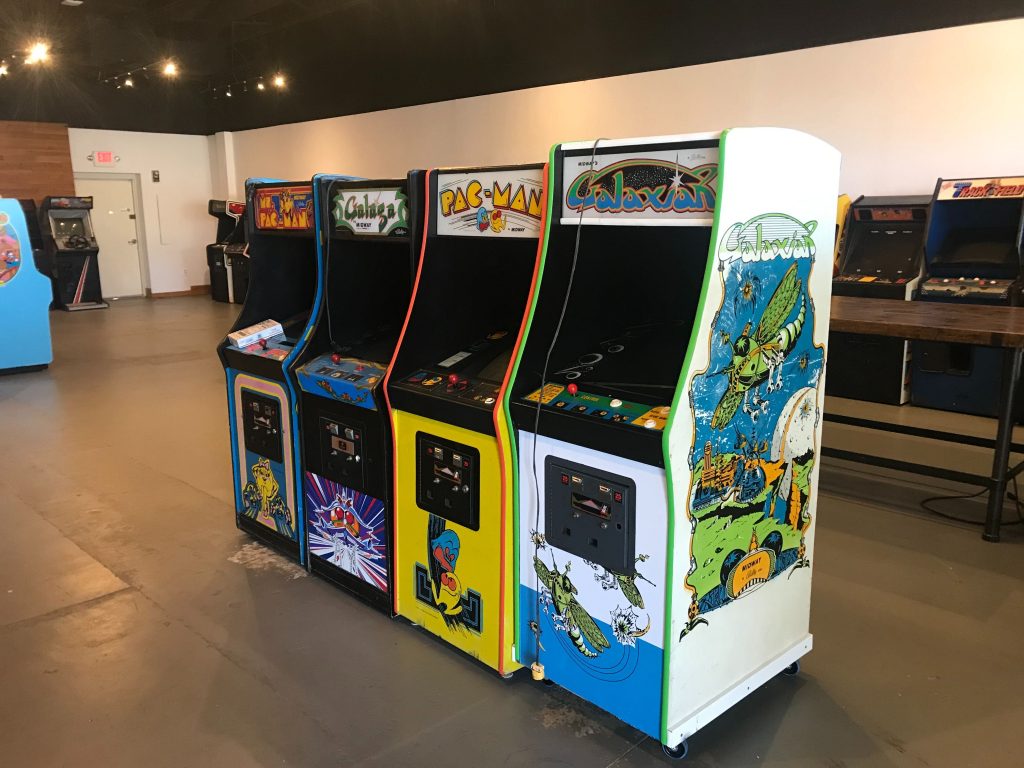 What’s nice for me is that will mean a trip back to re-create the living room and re-stock the video store, which will be an opportunity to spend some focused time curating the movie selections on the shelf, as well as mix in some laserdiscs and Select-a-vision titles. I also have my eye on a mid-90s 27″ or 32″ Sony Trinitron TV, and I have some ideas for a more custom entertainment center so I can switch between Beta, VHS, Selectavision, and laserdisc more seamlessly. 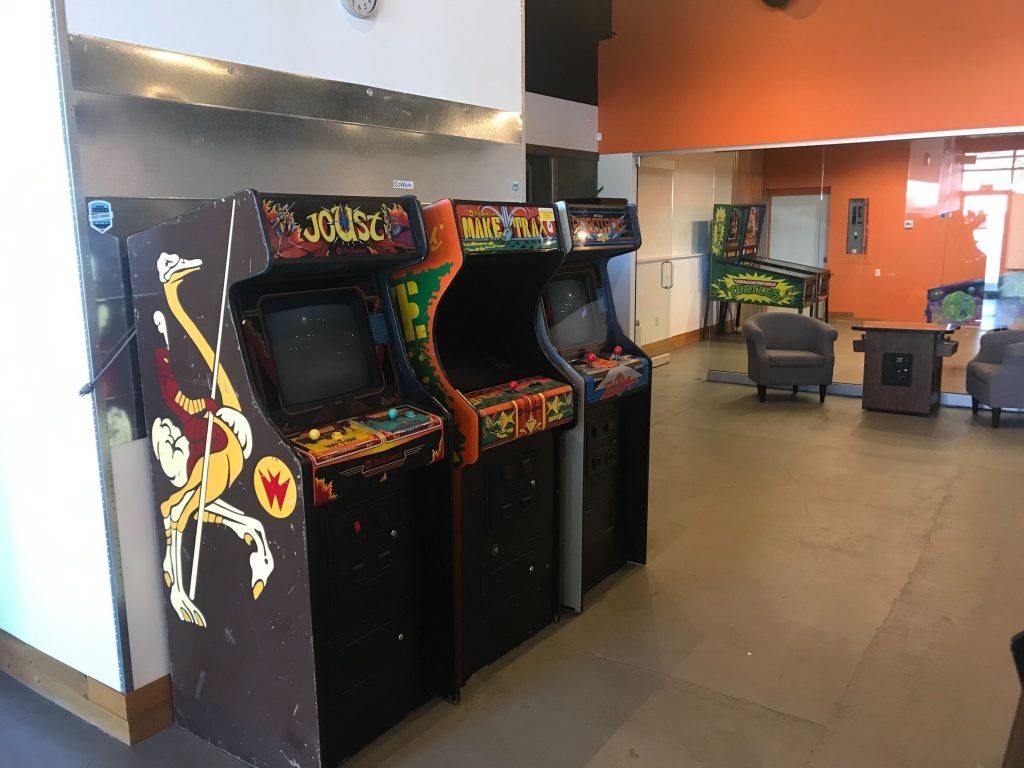 Seeing all the games also gave me the opportunity to reflect on the list of games we wanted to get, and turns out we are doing quite well. After Utah we scratched off Dragon’s Lair and Space Ace because as cool as they look, the gameplay is crap and they’re almost better designed for a tablet. What’s more, we got a Star Wars stand-up (which I still haven’t played) because we could no longer stomach paying over $5K for a sit down Star Wars cabinet (especially given it’s a bit tight for men of a certain age 🙂 ). I think the only holy grail I would consider at this point is Discs of Tron, although that is as rare as common sense in US politics. But, unlike the Star Wars sit down cabinet, it’s an enclosed standing cabinet and the game play is awesome. 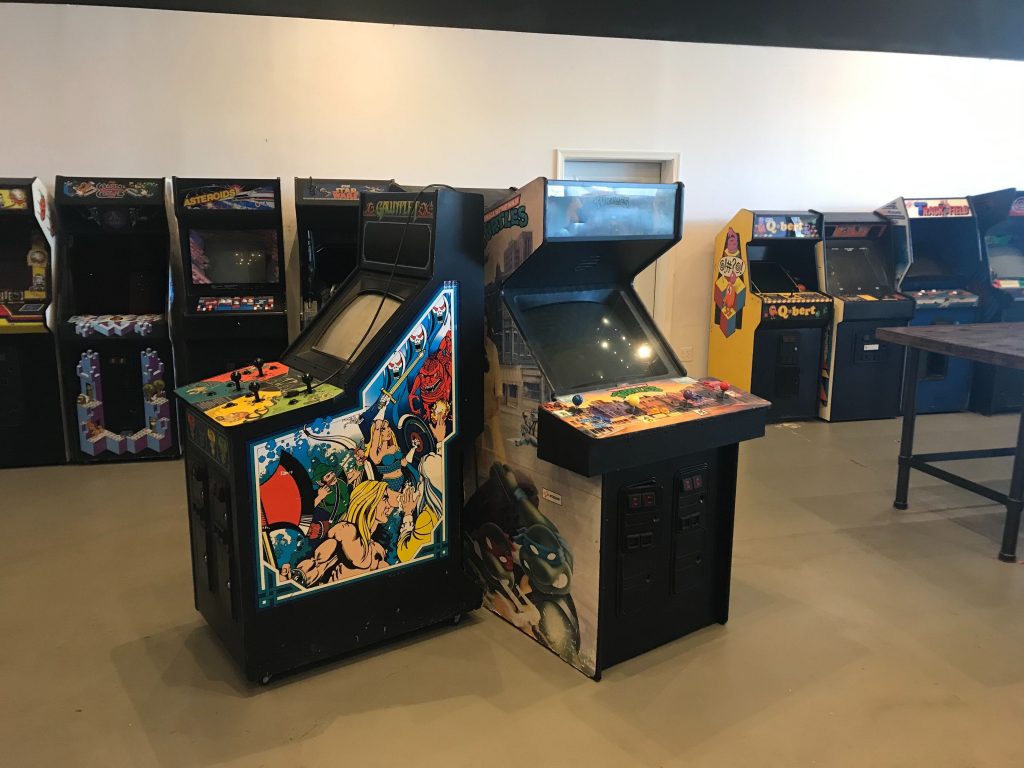 At this point the only games I would love to get (I can’t speak for Tim here given he is all in on pinball) are Paperboy, Venture, Moon Patrol, Ikari Warriors, Scramble, and Pleiades.* Also, I wouldn’t say no to Double Dragon or Ghosts and Goblins, though I want no part of Ghouls and Goblins after playing it in Utah. There are some others like Pooyan and Roc ‘n Rope that hold a special place in my heart, but they’re by no means pressing. So wait, does this mean we are back on the arcade cabinet market, Timmmmyboy? #4life

*Yie-Ar Kung-fu was on this wish list, but I bought it from a kind soul in Virginia Beach as the virus was taking hold, and they have held on to it for me until I can get back Stateside and bring it home to Reclaim Arcade!

This entry was posted in Reclaim Arcade, video games and tagged reclaimarcade. Bookmark the permalink.

1 Response to Reclaim Arcade: If You Will It It is No Dream