I went down to the University of Richmond today to see Tom Woodward’s Blog Bestiary presentation at UR’s Learning 2008 event. Tom’s presentation was a lot of fun, and his ability to take the medieval bestiary metaphors and images and graft them onto the flexibility and possibilities for re-imagining blogs was masterful. Hopefully he’ll put the presentation on his blog shortly, for the images (see them on Flickr here), the sophisticated conceits, and the outrageous playfulness are well worth your time. Some quick quotables are (and I paraphrase): “Hand coding a site or using Dreamweaver is like an old woman fighting a dog.” A statement accompanied by the image above— classic!

The other classic quote was how blogging has been likened by many to a Bonnacon, or a medieval horse/bull that can propel its flaming excrement for acres. And, of course, there was the indelible image…

The faculty Tom presented with, Darrell Walden (Accounting) and Patricia Stohr-Hunt (Education), are doing some amazing stuff with podcasts. Dr. Stor-Hunt’s Open Wide, Look Inside class blog features a series of podcasts from students framing how they use a series of books in the classroom, namely outlining themes, relevance, and possible approaches in the classroom. Dr. Walden’s approach was to have his Accounting class create enhanced podcasts, and build an awards system out of it, wherein the class was asked to review and rate the others in the class, and vote on the best presentation of an accounting theme (you can see them here).

The following group of presentations dealt with some of the documentary filmmaking going on at Richmond, and there is some pretty impressive stuff, but it was interrupted about halfway through by a very strange and frightening series of events. It started with the director of the Help Desk at UR coming into the computer lab where the presentation was being held asking us to turn off the lights, remain quiet, and lock the door. That was it, he disappeared. After a little bit of murmured confusion, and some fumbling with cell phones, e-mail logins, and the like, it was quickly determined that there was a suspicious individual at-large on campus and he is believed to armed and possibly dangerous. It was at that moment that someone remarked, “not again,” and I found myself at first being confused and then full on frightened as I looked at the locked door and remembered the insane reports from VA Tech just over a year ago. It was an insane moment that thankfully passed quickly. And while I was certain this was not “it,” I’d be lying if I didn’t say that the thought hadn’t crossed my mind –and in that split second I found myself daydreaming about Tess and Miles.

What followed was pretty surreal. We all sat in the computer lab nervously talking, some suggesting those of us closer to the door move to the front of the room, and others calling out any information they might have received via e-mail. It was a bit tense, but I think everyone was more confused than scared, and there was a certain amount of levity in the discussions that were at times less than the ordered quiet (there was shushing). I had no internet access on my laptop, and asked Tom to log me into a UR computer so that I could get a sense what was going on. I went immediately to Twitter, as did several other folks from UR who were holed up in a different computer lab. It was bizarre gauging what was going on through their tweets, almost a sixth sense. Soon enough, I started tweeting what was going on in the room (as did others) , and I found the act to be really soothing. People at UR were sharing information and giving advice to one another, while the larger network from around the world was sending regards, prayers, questions, and their well wishes. I had a very powerful sense that those “others” were there with us from beyond that lab, or even the UR campus. I can’t fully explain why that felt so good, someone even offered a Safety dance from abroad, nothing like a laugh during a moment of untold strangeness 🙂

After about a half hour (I think we were in lockdown for over two hours, but I am really not sure about this, time kinda stood still and flew by all at once) there was a certain amount of talking that at times seemed to get a bit loud. And I got my first experience with how truly crazy a tense, potentially life threatening situation can radically impact a dynamic amongst fifteen or twenty people stuck in a room together. I kept thinking of Stephen King’s novella The Mist the whole time, just wondering what the hell is out there, and how it will get us. One of the group said tensely that we were ordered to be quiet, and if the situation is as serious as it seems shouldn’t we be quiet. I appreciated this statement, it manifested the anxiety many of us felt, yet at the same time I felt suffocated by it. The idea that we might be in danger was exactly what I didn’t want to think about. The room quieted down, and the tension rose higher, during this time Andy Morton (a UR librarian and tech guru) had been escorted from the other lab across the hall to go to the library to get an image of the suspicious gunman from the libraries security camera. I knew this all because of Andy posted the details to Twitter along with the image. 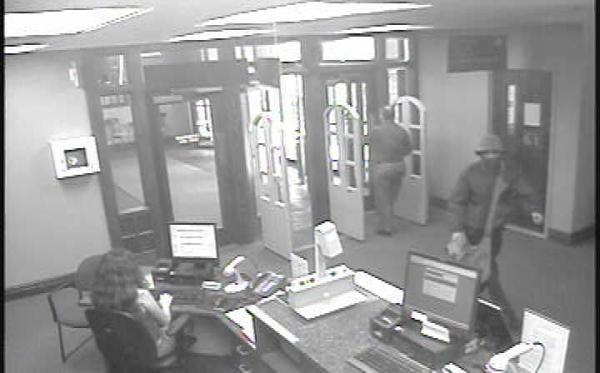 Those of us on Twitter brought this to the attention of the room, which made for some marveling at Twitter, as well as a sense of security that we are well-armed with information about the situation. In fact, not too long after this many in the room signed-up for Twitter and were monitoring the situation there. Things did get better from here, Tom had us playing scrabulous (I won!) and the UR police came in a while after to scan the room for anyone matching the description. This put many at ease, and not that much later we got the all clear. Crazy for sure. I don’t have a moral to draw from this whole thing, but I did notice something that has me thinking a bit. Of all the technologies we had at our disposal, very few were more effective than Twitter. I got access to the latest news reports outside the campus from fellow twits, I got an image of the alleged perpetrator, I got support, and vital information. My cellphone had no signal, and my e-mail was useless to me because I am not part of the UR community, hence I wouldn’t be notified there. For those thinking about a means to manage a crisis, I would put Twitter, or an application like it, at the top of the list. It proved invaluable today for all sorts of reasons, and it made all the other means of connecting with others and collecting information dreadfully inadequate. The recent case of a journalism student using twitter in Cairo to let others know he had been arrested by Egyptian authorities, which then alerted others to his whereabouts allowing for his speedy release, is another excellent example of how effective it might prove in a crisis -for people can care about one another together in this space, despite how far away they might be.

Today was strange, and I often think about how technology is used in movies to great effect. For example, Night of the Living Dead and Dawn of the Dead are two excellent examples of George Romero integrating radio and television into the actual dramatic action of the narrative. Scorsese failed miserably at this in The Departed with text messaging. The presence of Twitter in today’s narrative was real, compelling, and a welcome, re-assuring space during an uncomfortable moment. Anyway, we live in strange times, and the Zombies seem to be coming out in greater numbers as the economy tanks, the presidential race goes sour, and the War in Iraq marches mindlessly and endlessly on. Twitter won’t stop any of these realities, and it isn’t a panacea for the abundance of guns, violence, and terror in our communities (even those that are traditionally “immune” to these outbursts), but it gave me a bit of solace today.

This entry was posted in general, twitter and tagged gunmen, image, lockdown, twitter, university of richmond. Bookmark the permalink.