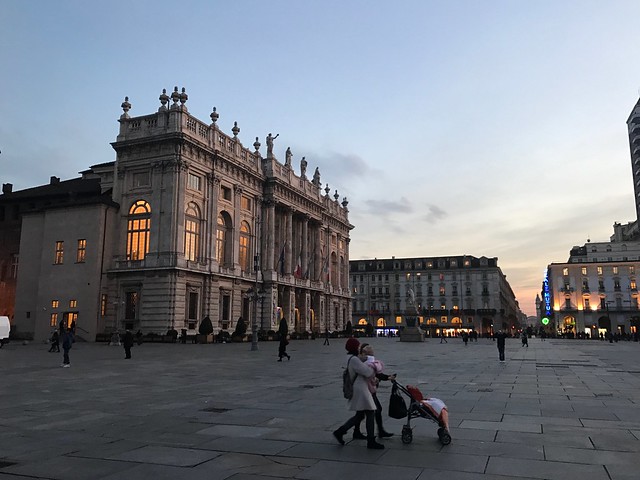 Bad accents based on terrible cross-cultural puns are the best blog titles ever, right? Don’t answer that.

Last week at this time I was heading back from a two-day sojourn to Torino. I was invited to talk about Domains at the Nexa Center thanks to an introduction from Fabio Nascimbeni. Fabio has been my one and only open/edtech contact here in Italy, and between last year’s invitation to talk about The Overselling of Open and this recent connection with the Nexa Center, I can’t thank Fabio enough. He’ll be at OER 17 in London this April, so we’ll have yet another opportunity to connect, and maybe even continue to build some momentum around open education in Italy. 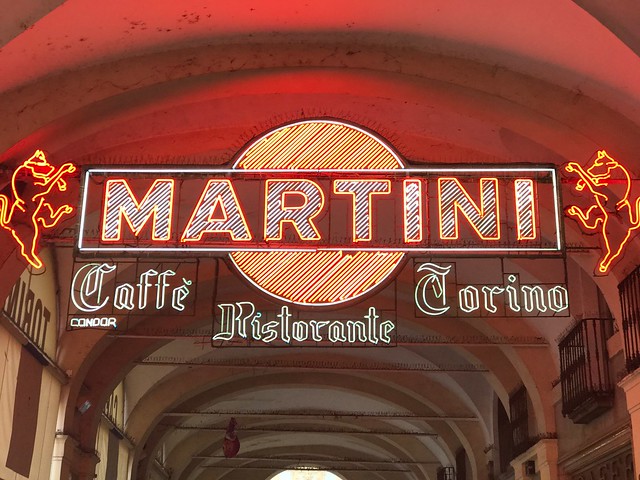 Martini Signage in Torino, so beautiful

Being invited to speak at the Nexa Center was pretty cool. The center is modeled on Harvard’s Berkman Center for Internet and Society, its reason for being is to cultivate a sustained conversation about the impact of the internet upon Italian culture. There are a long list of impressive folks who have come to talk internet policy at the Nexa Center, so it was an honor. At the same time I’m not much for policy or law, so I was a bit nervous. The time was supposed to be a focused seminar around Domain of One’s Own, but one of the things that became apparent to me while speaking with the folks is that I geared my talk far too much towards a presentation then a seminar (I guess even calling it a “talk” gives that away). I took the usual indulgences of slowly framing the history of domains at UMW, name checking folks, the generative diversion of ds106, etc. But that was the wrong approach. I think it is important to admit it when you suck, and while the talk wasn’t a complete failure, it also was not as tight and focused as it could/should have been. 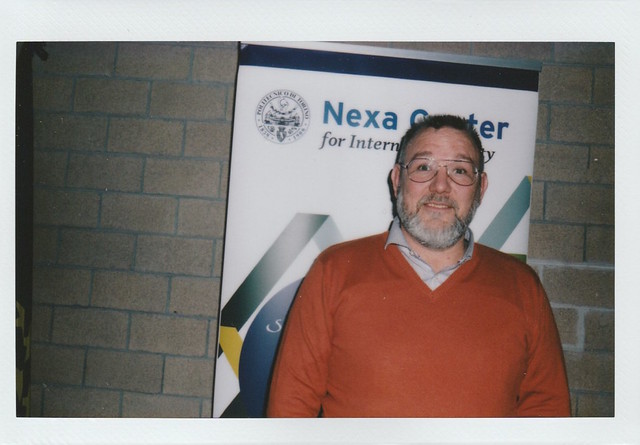 I sucked, my bad

Here are some of the things I would have changed: 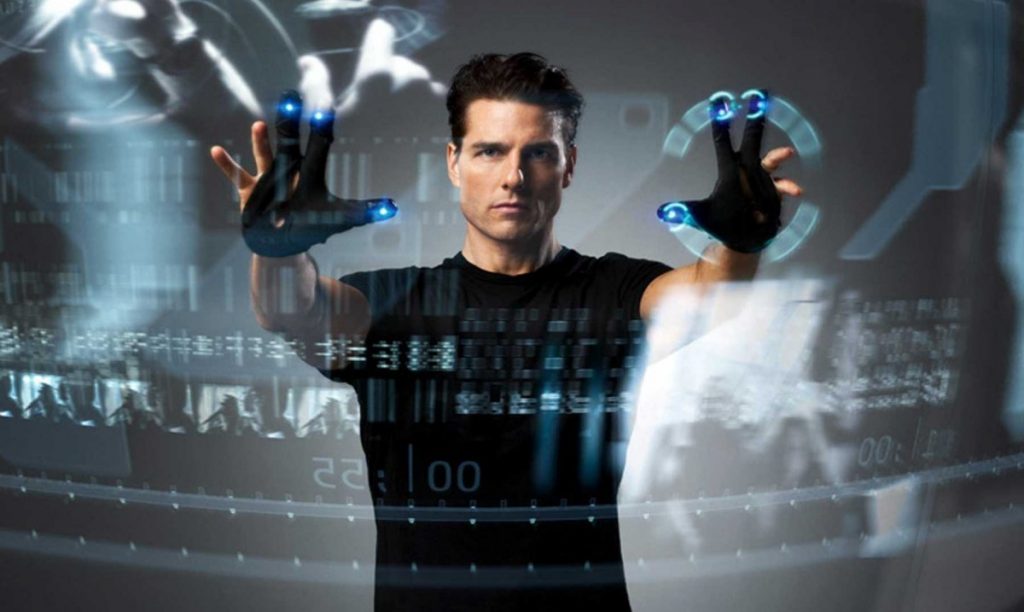 Rather then historicizing the web and using Minority Report and The Glass Bees to explore recent notions of predictive analytics and tech’s inclination towards power rather than progress, I should have started with a demo of Domains. I am operating in a bubble, I tend to assume folks know about cPanel, web hosting, etc. Surely some do, but this was small, but varied, audience, and an approach like Domain of One’s Own in Italy would truly be a radical departure from how they think about anything related to edtech. I should have demoed stateu.org, moved to the beloved house metaphor, then demonstrated with concrete examples how they’re being used as part and parcel of faculty and students’ life (both personal and professional) through course sites, portfolios, archives, etc. 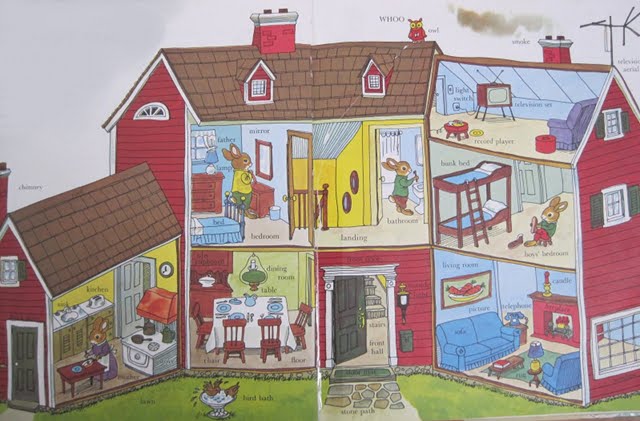 At this point I would have paused, the above could be accomplished in 15-20 minutes, and I would have engaged a more pointed discussion about how and why domains and web hosting might provide a departure from some of our existing systems. If the conversation took off from here for another 30-40 minutes, awesome, everyone is involved and we are starting to go places.

If not, I could then push beyond the idea of web hosting/domains as some kind of isolated edtech swiss army knife. At this point I would want to make the jump beyond just education, and channel Jon Udell’s 2007 “The Disruptive Nature of Technology” talk to think about Hosted Lifebits and the idea that education is only one, albeit crucial, part of a larger digital ecosystem in which we are struggling to find coherence. I played two short audio clips from Udell’s 2007 talk (possibly a bad idea given listening to audio of complex ideas for non-native English speakers could make it more difficult to follow) that frame the idea of Hosted Lifebits as a more generalizable vision of thinking through how we manage our online digital lives, and what the role of corporations, governments, etc. will be in this equation.

This section of the talk I kinda gave (so this is not all an imagined parallel universe of good presentation skills) and it did generate interest, discussion, and ideas, and it began to open up tributaries into the practicality of this idea, the importance of design to make it easier, and the question of whether or not people really care. The last is always a difficult one, but I tend to believe when it comes to the digital lifebits that are meaningful to people (pictures, videos, texts, data, etc.) they will, which ultimately provides a shared opportunity to rethink how we can imagine a personal publishing flow that incorporates the IndieWeb principle of POSSE.

There’s enough right there to fill two hours for sure, and that’s about as far as I got, but I did that towards the end while also trying to squeeze in ds106, a brief history of Web 2.0, film metaphors, and the like. The simple point was that my talk was bloated, and it was my own damn fault. I tried to cover everything I’ve been a part of as well as everyone that’s touched it. In short, a lack of focus. I am not totally surprised given my talks have always been based in my personal work in ed-tech, and are often designed around concrete examples, usually ending with a call for more exploration.* So every time I do something else it becomes part of the story. But that makes the story a bit too long, and by extension boring. It’s like the potentially interesting movie that forces you to trudge through all the tedious background and history before anything resembling a point begins to emerge.

So, to recap: 1) Start with the demo (thank you CogDog), 2) pitch the Domain of One’s Own concept using examples, and then 3) frame hosted lifebits as a generalizable need/good/want for future digital ecosystems.

The other piece I would add, and will for my revised version of this talk I’ll be giving in Sweden next week (more on that in a forthcoming post) is how the idea of hosted lifebits may finally be coming around to the way we think about reclaiming both our learning and our data more generally as evidenced by the relatively recent Next Generation Digital Learning Environment white paper from the folks at ELI as well as the white paper on MyData (a nordic model for human-centered personal data management and processing).  Both of these white papers reinforce a vision of hosted lifebits both inside and outside the context of school, and might actually help re-animate Domains as much more than supplanting the current breed of learning management or portfolio systems. Rather than some marginal alternative to the current educational technologies, an integrated domain helps us imagine what we should expect and demand from every other system.

I think one of the things that I might be downplaying here is that there was some really good conversation from those in attendance. Many of whom noted that what I’m talking about is hard and it requires a lot of diverse factors to align: elegant design, shifting cultural expectations, complex policy decisions, trust, as well as the belief that people actually care. I tend to believe that people care and that breeds trust, both of which make all the other elements surmountable. In fact, I see evidence of it every day online, and I am not daunted by the difficulty because its a long road that will require many different people overcoming a lot of issues. But in the end, at least for me, it’s fun to think about. The idea that living, archiving and representing our digital lives through virtualized data is even a thing we can grapple with still blows my mind.

So, all is never lost, and I was able to be particularly self-reflexive about this talk because it was the first presentation of mine Antonella attended in “real life.” It was awesome having her at the seminar because she is the one I talk to most about all of this stuff. And not only is she deeply insightful and constructive, but she also pulls no punches when providing honest feedback. Few things help you more than some honest criticism as you continue trying to find the best ways to communicate your ideas.

Anyway, this post is way too long already, but it was also long overdue. Below are some images I took while in Torino that I even put in an album on Flickr (rocking like it’s 2006!). 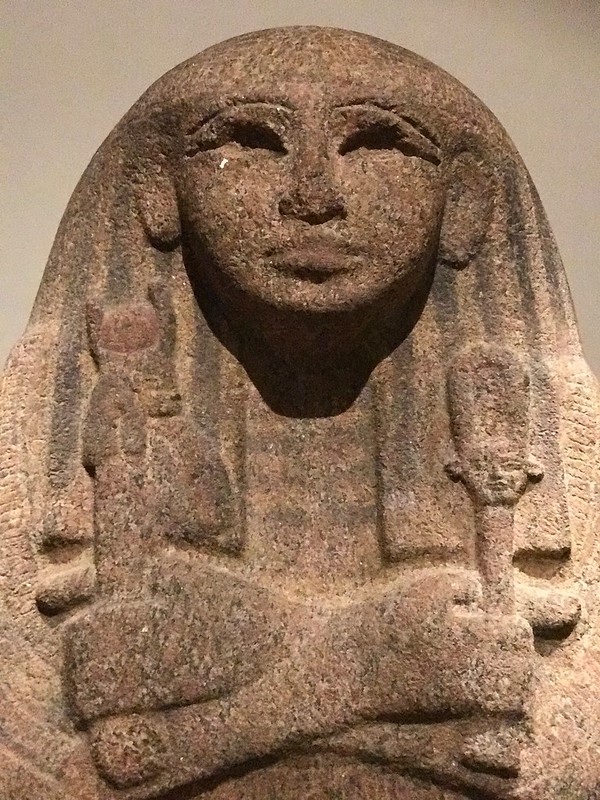 Beyond that, and keeping with the theme of Torino, Paul Bond linked out to this LA Review of Books piece about a 1970s Italian cult classic novel The Twenty Days of Turin, that the author argues “grasps the implications of social media in ways cyberpunk never did.” Very cool, already ordered.

*There is a formula, but the passion is the secret ingredient.