The Overselling of Open 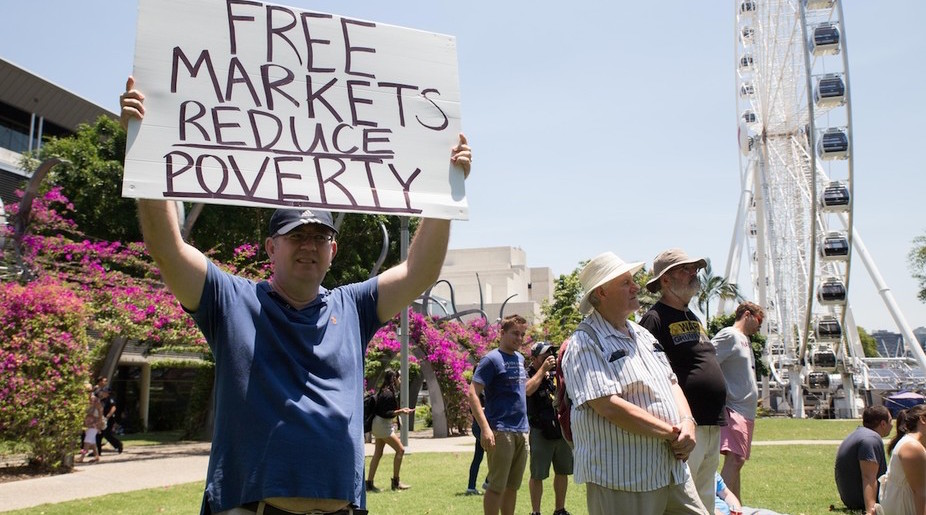 I gave two presentations yesterday, one to a faculty cohort at Coventry University about Domain of One’s Own, I also presented a session titled “The Overselling of Open” as part of the Open Education Tuesdays series through the UNLR. The series started back in May, and has been organized and hosted by Fabio Nascimbeni—a fellow Italian 🙂

The event kicked off with a talk by Andreia Inamorato from the Instituto de Prospectiva Tecnológica discussed the topic of “Open Education cases that can change your teaching and learning” (archived presentation here). it was followed up in June with a talk by Daniel Villar from Coventry University’s Disruptive Media Lab who talked about ““OER, MOOCs and beyond: the history of Open Education” (slides). And next month, October 11th to be exact, Martin Weller will be talking about the 100 best films of the 21st century, don’t miss it. There was also a suggestion towards the end of the session that this conversation would continue beyond, and there may soon be another date added with the great Catherine Cronin, so stay tuned.

They couldn’t find anyone decent (or European) for September, so they reached out to me, and they got what they deserved! I approached this talk with a certain amount of fear and trembling because I’m quite ambivalent about the open movement more generally these days. What seemed like a movement defined by an anarchic spirit of revolution from 2004-2011 (at least for me—this was a fairly personal narrative) morphed into a fairly tame, almost conservative approach to education: massive lectures and free textbooks. I’m oversimplifying here of course, but at the same time the mad scramble around corporate sponsored MOOCs for elite universities from 2012 until just about now, coupled with the re-branding of OER, at least in the U.S., as predominantly a cost-saving measure left me fairly depressed. This was not all of ed-tech, for sure, but it certainly has demanded much of the time, energy, and resources of the field for years now. And I must admit I remain somewhat bitter about the funneling of massive resources almost exclusively into these two approaches—though I’m sure that has been part a significant part of their own struggle. 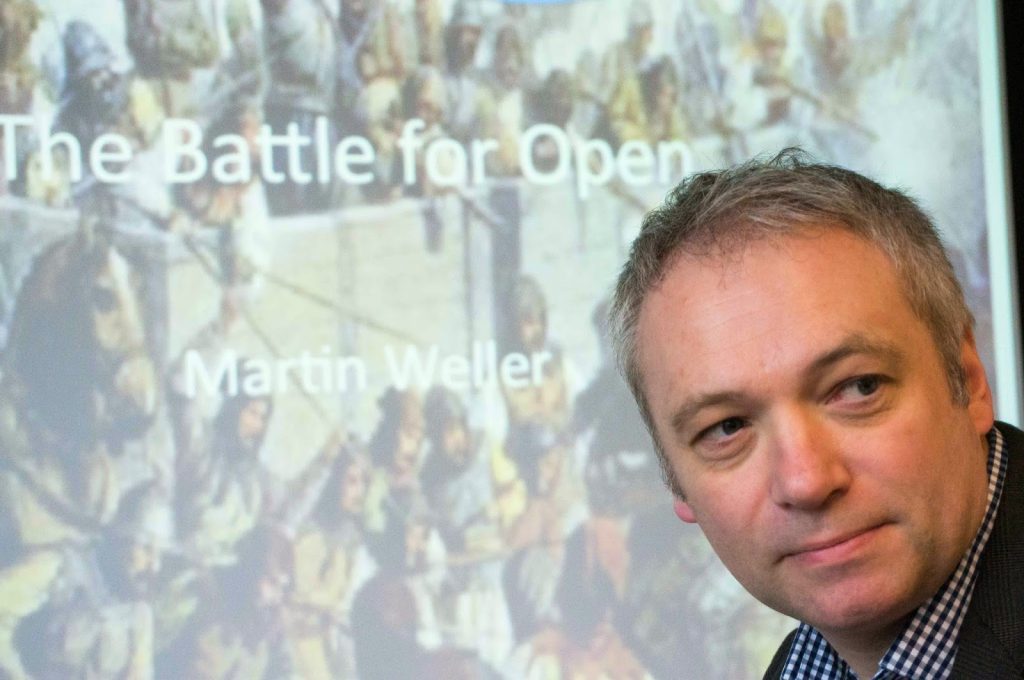 Anyway, this talk was my feeble attempt to start to come to terms with that—kind of like presentation as personal therapy. In preparing the talk, if you can call it that, I kept returning to two people: Martin Weller and Audrey Watters. Specifically Weller’s The Battle for Open and just about everything Audrey has done since 2011, but probably most powerfully for me (although it’s hard to choose) was her 2013 keynote “The Education Apocalypse” wherein she frames the Silicon Valley narrative that is driving the defunding and dismantling of higher ed. That talk was like a diamond through my forehead explaining what’s really happening in ed-tech. 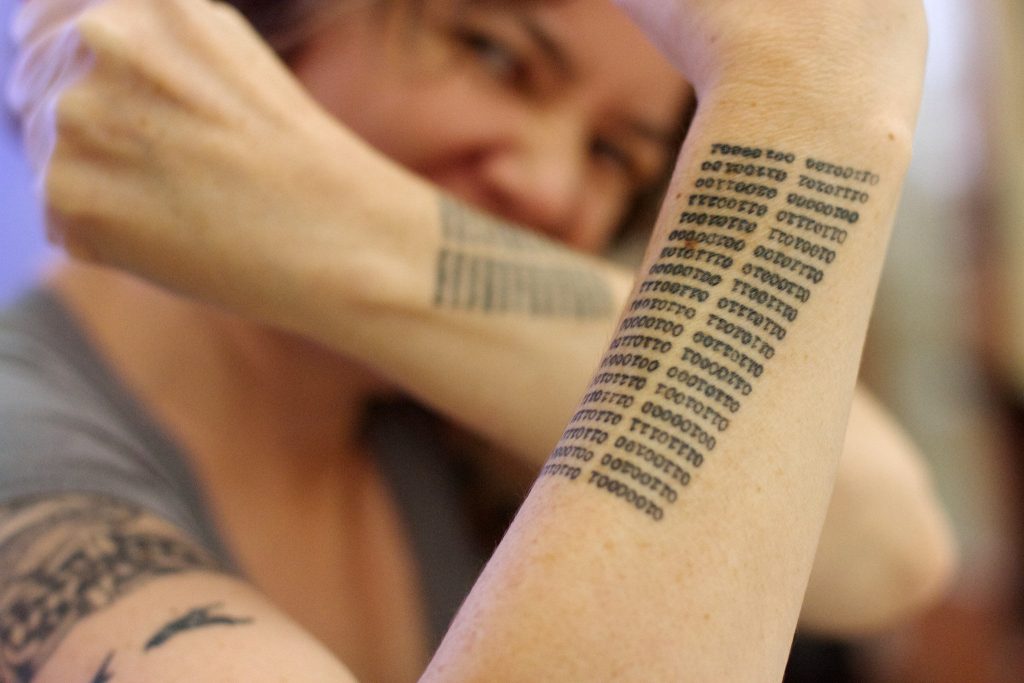 At the same time, I think the idea undergirding Weller’s book that while Open has won, the hard part of actually shaping what it looks like is the reality we are currently working within. The point reverberated deeply with me this time around, and I think Weller’s assessment of the situation in his book defines my confusion and frustration far more cogently than I ever could. At least in part, the reason I fell relatively quiet during the larger conversations around MOOCs and OERs has been my concerns with the obsession with scale and money (often framed as savings).* So re-reading The Battle for Open was a good reminder that in the wake of the hype there is a lot of important work to be done. I haven’t entirely been sitting on my hands given the work with ds106 and then Domain of One’s Own, which gave way to Reclaim Hosting—all of which reinforce the idea that small is beautiful—and the best way at building an open web that matters is helping as many people as possible start small and reclaim a piece of the web. I don’t think this is the one true way, but it’s what I know and what I have done—my ideas in many ways are the product of this blog.

And while this is anything but a summary of my discussion, which was even more free-ranging and incoherent, Mike Caulfield’s recent post “Putting Student-Produced OER at the Heart of the Institution” (born from a rich Twitter discussion) helped me articulate another concern I have with framing OER as an institutional concern. Caulfield notes that many of the projects he has been working on over the years have been ghost-towned, and one way to avoid this that the OER content folks have been successful is making the broader institutional, and even federal charge for managing and producing these resource that would give the open pedagogy folks far greater resources in time. In fact, institutional funding and support become the key to the life of these web-based resources:

But institutions, they are what make these things last. And my sense is that the recurring cycle of CELT and TLT center layoffs is all you need to look at to see how much of what we do is built on sand. It scares the heck out of me. It really does.

For me its that first sentence “but institutions, they are what make these things last” that I deeply question. One of the things I discussed in this regard during this talk was the amazing panel at OER16 where some impressive folks (Lorna Campbell, Viv Rolfe, David Kernohan, Simon Thompson, and Pat Lockley) from all over the UK talked about how so many of the openly produced OERs that were publicly funded were no longer available. And these are resources supported by public institutions, and eventually that money ran dry. I think this should be a huge cautionary tale for OER as an ongoing institutional resource.

But wait, there is more. The second part of this quote by Caulfield wherein he talks about the cuts of ed-tech groups like his former group at Keene State University (and recent cuts at Plymouth State as well) suggest that if anything the institutions have become less and less of a solution to our educational problems. And an example I kept harping on yesterday was the unprecedented faculty lockout at Long Island University, Brooklyn. I mean this highlights for me the larger context in which these conversations are happening, and the austerity we have lived through since 2008 (or since 1980 if you are counting all of it) in higher ed has put institutions of higher ed in direct conflict with those who work there. And I believe the cost-cutting promises of ed-tech more generally in the form of open courses or open resources has further fueled the politics of defunding higher-ed. This was no where apparent to me during my time in Virginia when it was apparent politicians were only interested in OERs because they could immediately point to saving people money, while at the same time stagnating, or even cutting, funds to institutions and salaries.

The idea of funding stuff like textbooks or technologies rather than people may have short-term benefits for saving students money that we can see as a short-term win within the world we live, but the idea that may lead to larger long-term victories (which I read as a recognition and funding of people and pedagogies) is dubitable at best. But when you look at the state of labor and salaries in U.S. higher ed (not to mention the attack on tenure in Wisconsin) I tend to doubt that institutions, given the funding bind they find themselves in, will be the safeguards of these resources.

All of which reminds me of who, when all was said and done, saved more than a decade of web history in the form of Geocities from deletion at the hands of Yahoo! in 2010? Was it other corporations? Higher ed? The government? Nope, it was dozens of rogue archivists, technologists, artists, and librarians from around the world that cared, and for me that is a reminder that we can’t leave something as important as teaching and learning on the web to institutions—no less the archiving and preservation of those resources. That has to be managed by faculty and students themselves as part of a broader sense of awareness of owning and managing their digital education.

But I protest too much, I know. This is kind of what I wanted to talk about yesterday, but I’m not sure I covered it all, but I can promise it is no more coherent than this. The recording is not up yet, but when it becomes available I’ll be sure to link it here. But this post is also my attempt to stop moping about some of this and frame the open I want to see more clearly. Complaining is the easy part, working towards something else is the hard part.

*Though the fact was probably not a noticeable loss in the broader scheme given the regular, unforgiving, and often fun critique from folks in ed-tech like Audrey, Mike Caulfield, David Kernohan, and Alan Levine to name a few.

4 Responses to The Overselling of Open