A Couple of Unlikely Pinball Wizards 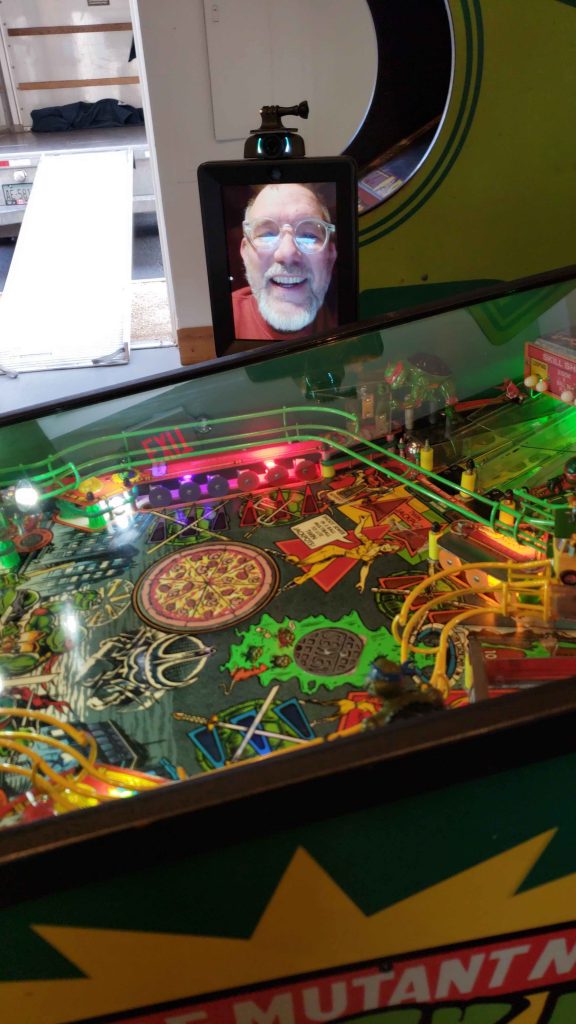 Yesterday evening I spent an hour remoting into Reclaim Arcade via Robot (we can officially call the space Reclaim Arcade now that CoWork is officially history) to watch Tim and John Heyn (of Heavy Metal Parking Lot fame!) deliver and re-assemble our first two pinball machines for the space. 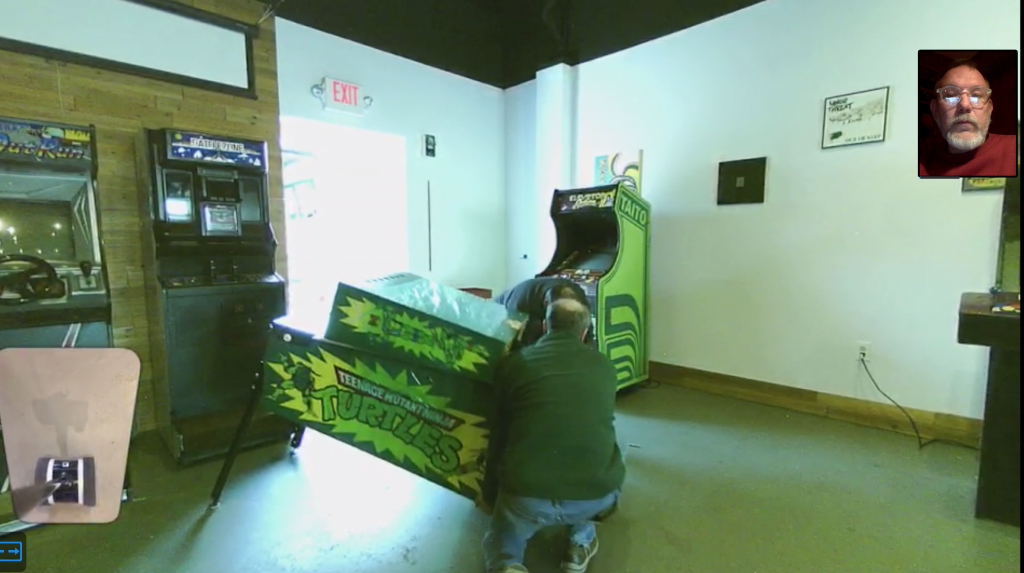 I am considering Teenage Mutant Ninja Turtles (TNMT) our official first pinball machine, given it was setup first, but in fact Tim got both TNMT and the Back to the Future pinball machines from Data East at the same time. He picked them both up yesterday, along with the 1992 X-men multi-player video arcade game, which means our arcade is really starting to fill out nicely. 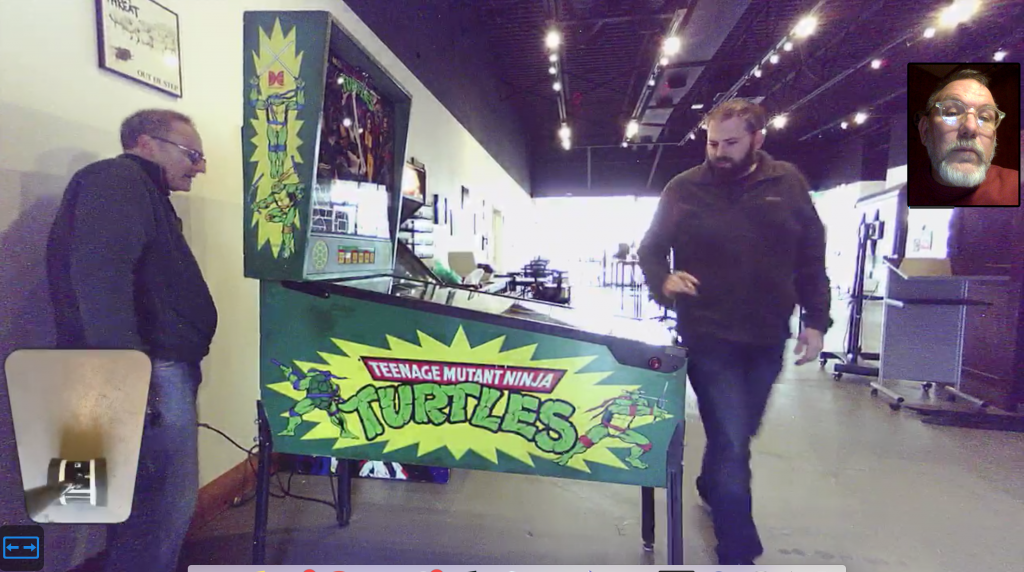 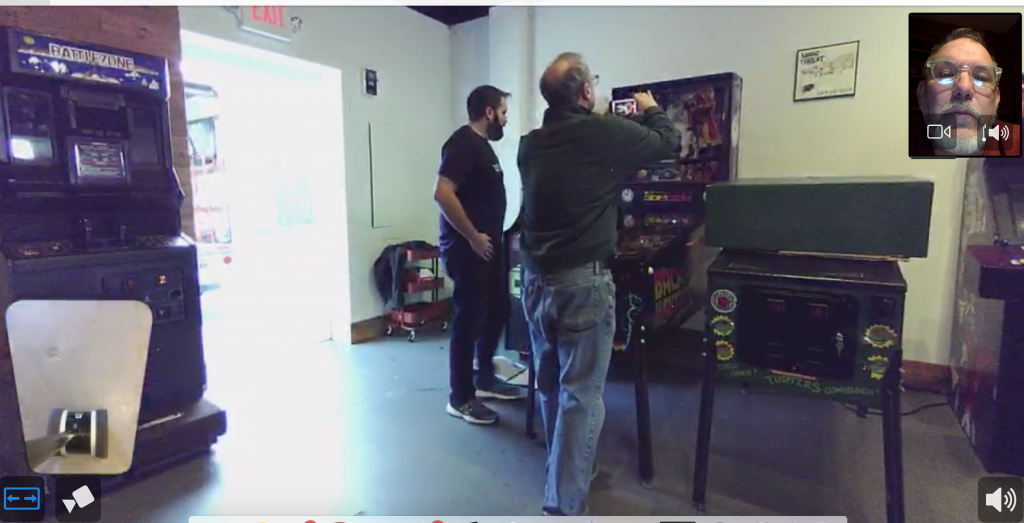 I have never been much of a pinball fan, and Reclaim Arcade was pretty much premised on the video game cabinets. But we decided thinking beyond my provincial idea of what an arcade should be might be of some value, and admittedly Reclaim Arcade will be the better for it. These machines are gorgeous, and the detail that goes into the pinball aesthetic is pretty magical, down to the Back to the Future DeLorean in the machine:

Or the rotating pizza in the TNMT machine: 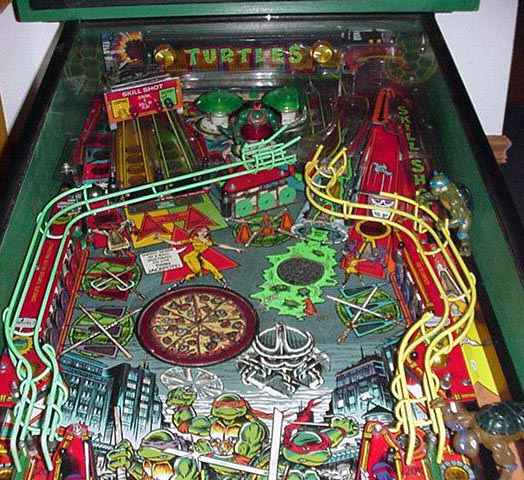 It’s pretty cool, so again I’ll be eating some crow on the bava saying I welcome Reclaim Arcade’s new pinball overlords 🙂 In fact, the stars must be aligning because just last night we got our third 4-player cabinet, in addition to Gauntlet and X-men, and can you guess what it is? Still thinking, well let me help you with a visual aide… 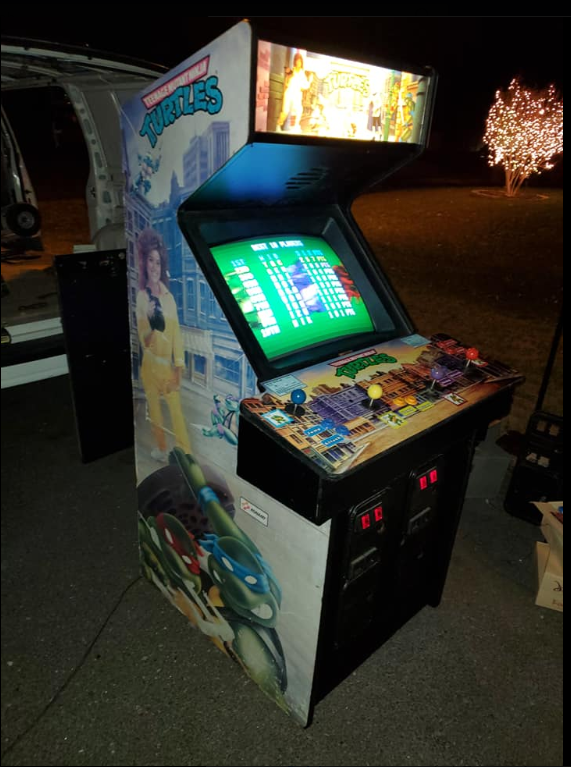 Yeah, the arcade is really coming together now, and hopefully as soon as next month we’ll be doing some major structural renovations to the space to make the dream real. Moving and grooving, and it’s al because of this relentless, mothertrucking maniac genius! 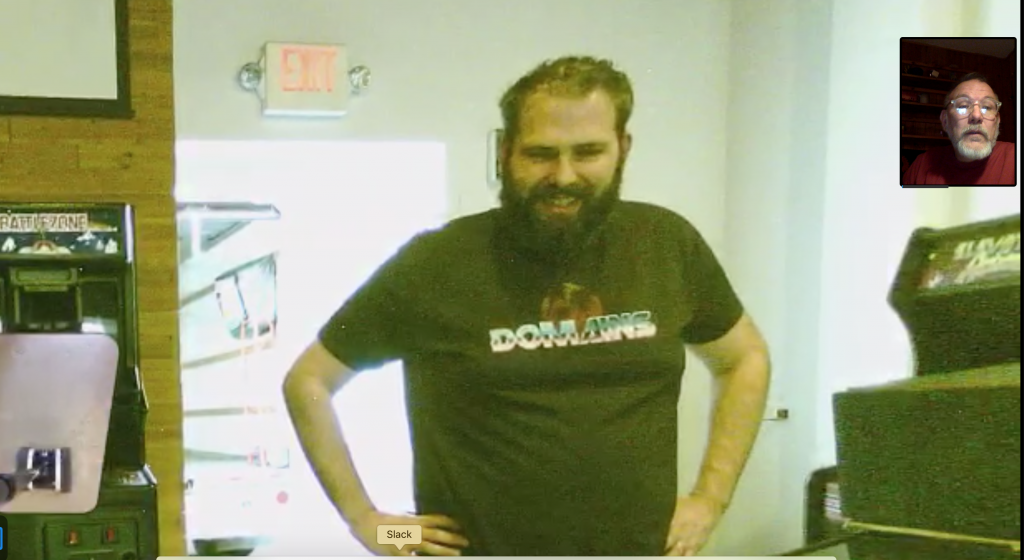