A Tribute to the Road Dog 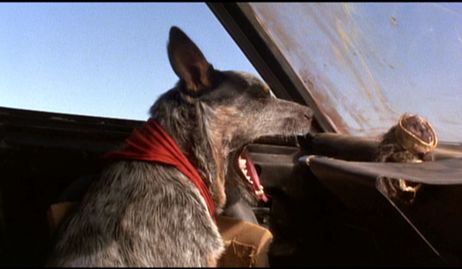 Yesterday was yet another special day on the mighty ds106radio, and it was in honor of the great Alan Levine who announced that he is leaving his job (apropos of Tuesday’s work theme on ds106radio 🙂 ) and hitting the open road. It is a bold move, but very much in line with the sense of wonder and exploration that cogdog represents for me with everything he does in his work and life—and those boundaries are very much blurred when it comes to the good dog. He’s a remarkable guy who has the rare ability to live his life authentically, what’s more he tolerates no bullshit, and for me truly embodies the reality that these web-based connections are anything but fragile.

After noting the title of his post “Into the Great Wide Open” was alluding to Tom Petty’s song (and album) of the same name, I got the idea that a ds106radio #roadtunes show in honor of Alan’s announcement might be fun. What better way to let him know how much we care than a radio tribute to a dear friend. What’s even cooler is that the show was almost entirely made up of requests by various folks (not entirely cause I started us off with Tom Petty’s “Into the Great Wide Open”) who drove the request show via twitter.

The way these requests shows have emerged (it was my third or fourth one so far) is remarkable in and of itself. A theme of the day emerges for ds106radio (such as #work, #songs2growby, #roadtunes, etc.) and I take over the ds106radio stream, get on twitter and start asking folks to send me their requests, that they usually (but not always) reply to @jimgroom and hashtag their requests #ds106radio and the theme of the day, in this case #roadtunes. From there I get the song into my iTunes and start a queue based on what they requested, quite simple really. What’s more, I came into found money recently in the form of a $300 Amazon gift card (which was unbelievably generous—thank you—but undeserved) so I figured I would put it to good use and build up my song library based on the recommendations of others. What’s cool about Amazon downloads is they’re almost instantaneous, so as soon as someone requests a song I can download it and queue it up all in a few seconds. It makes for a pretty quick and easy work flow, and I have to admit I absolutely love doing this—it’s a blast to play music for others, and even cooler to play them music they want to hear, and even cooler than that to play the music they want to hear based on a theme that is tribute to a friend making a major life change.

ds106radio continually blows my mind on an almost daily basis, and it’s at the core of what I think we should be doing on the web not only as educators, but as human beings–creating deep and meaningful relationship based around a sense of sharing our culture all the while exposing ourselves to the culture and tastes of others in a real, authentic, and untethered environment. The basis of real, lived culture as the touchstone for meaning and relevant education is paramount for me, and while ds106radio is not perfect, it is the closest thing to perfect I’ve seen in the edtech space—and it goes well beyond the technology, it is the sense of presence, immediacy, intimacy, and more than anything fun. Sharing an intimate piece of yourself—and our particular experience of culture is just that—is where it’s at!

To reinforce this point, after the request show—which ran over 2 hours—Grant Potter lined up an all Trans-Canadian Indie Rock road show (near and dear to his heart, and he seemingly has an encyclopedic knowledge of that domain), which was punctuated beautifully by Noise Professor‘s field reports from the road as he was traveling from Northern California to Los Angeles. His reports about California Teacher’s Unions, the dust bowl, missionaries, the grapevine, and California politics in general was a magic touch, and the whole thing made for some of the greatest radio I’ve ever been exposed to (though I make no claims to being a radio connoisseur), no less an integral part of it. It gives me goosebumps just thinking about it.

But enough of this gushing, let me link you to the show in its entirety and a list of the songs and those awesome folks from around the world who made it possible!

The following tunes were requested but I didn’t have the time to play during the show (sorry), but I imagine they made their way up to the dropbox somehow:

The people have spoken Alan and they love you and wish you all the best on your Road Trip that is ds106radio4life!!!

10 Responses to A Tribute to the Road Dog