An Art Portfolio of One’s Own 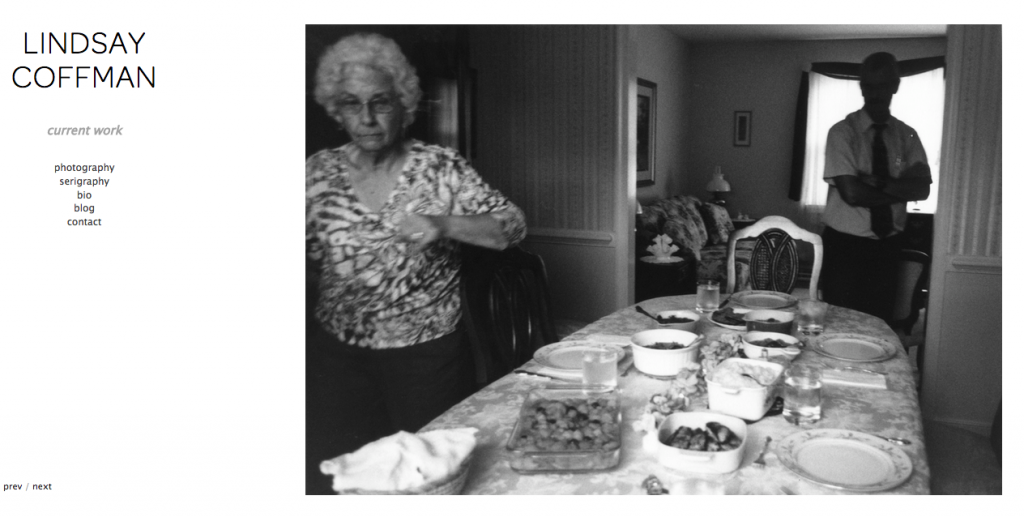 Over the weekend UMW alum Lindsay Coffman wanted to know how to point her portfolio’s domain to her Squarespace site. In fact, we got two different requests over the weekend from fine arts alum who wanted to do this—does that make it a trend? They were both using WordPress, but found Squarespace easier and more intuitive. I also noticed Lindsay was using Tumblr as her art blog, which is very cool and could make for another cool mapped subdomain: blog.lindsaycoffman.com.

While I want everyone to manage their own piece of the web, I also have to recognize that’s not gonna always possible or practical. Domain of One’s Own should put students and faculty in a position to make an educated choice about which they want to do with their space and why, understanding the limits and possibilities of their decision. While helping Lindsay point her domain this weekend,  it struck me how central a domain name remains to this experiment in digital identity. Lindsay can map her domain and subdomains on Squarespace, Tumblr, etc., and if and when she gets tired of those services, they go belly up, or she just wants something new, the domain remains the same. As long as the services have a viable exit plan for her data, the domain becomes the space that enables continuity and longevity of her portfolio across various iterations over time.

So, while so much of the philosophical push behind UMW Domains (at least for me) has been about reclaiming from silos and controlling your data, it’s nice to see students also recognizing the value of pointing their domains at a service (or several) in order to aggregate their loosely joined work in a fluid space of their own that can change as quickly as the web.

What’s more, this exchange helped me figure out how to map a UMW Domain to Squarespace, which is pretty easy. It also helped me start preparing to help students think about why they might want to move their domain to a registrar of their choice. This was a valuable exercise in understanding how some see the value of a domain name as far greater than their actual data, which may exist across several sites and hard drives in different forms—whereas a URL to point it all to is fairly unique. A nice reminder not to be too sure of the singular value of anything.

As far as mapping Squarespace domains, students and faculty can do it fairly simple on UWM Domains if they like, they just need to go into the Advanced DNS Zone Editor: 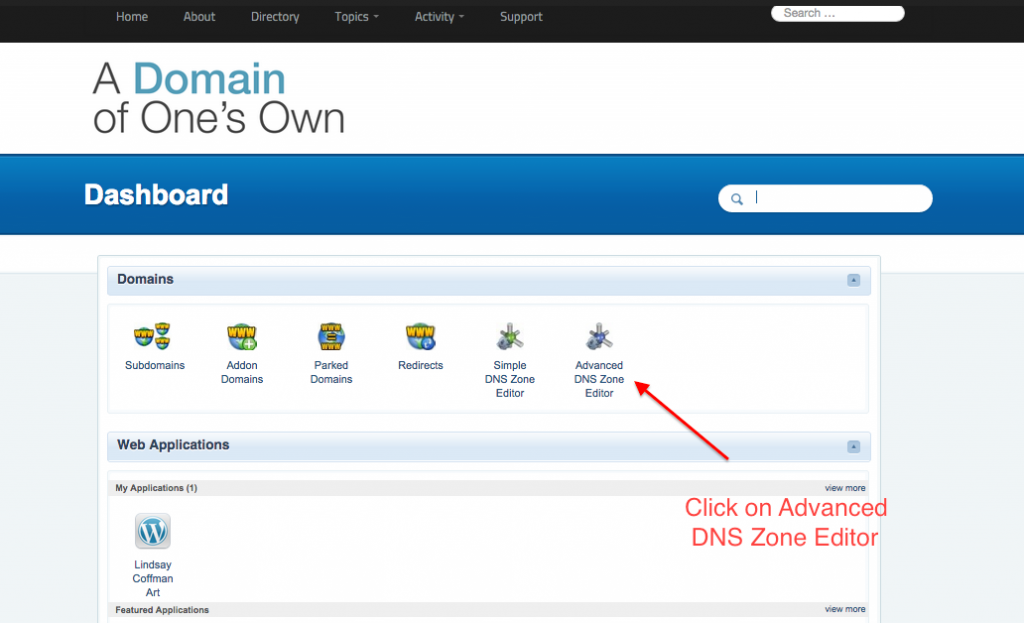 And then add the values that Squarespace provides in their documentation.

Squarespace added something interesting to the process I haven’t seen before. You basically have to add a verification CNAME to your DNS zone editor settings. 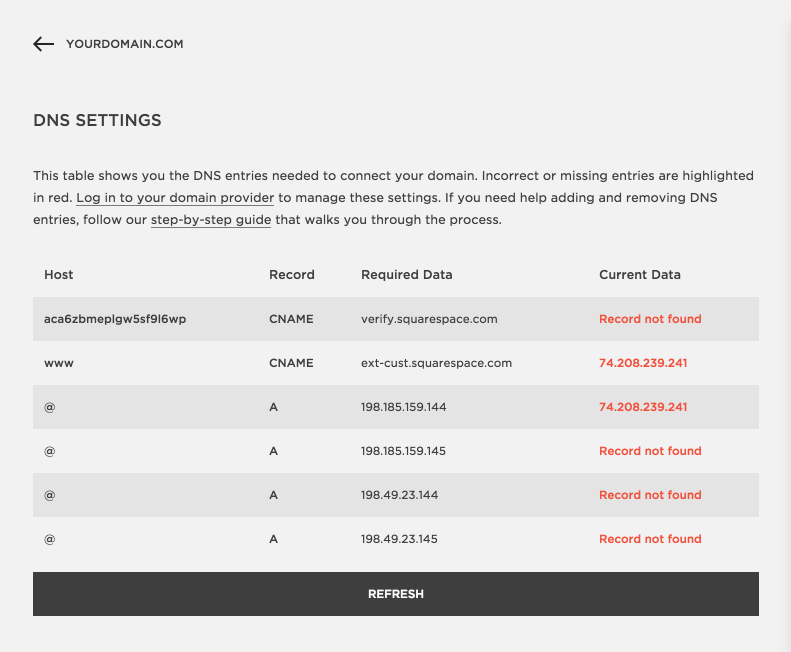 There are a number of students that realize the value of a website and their own domain, so much so that they’re willing to pay Squarespace $100-$120 a year (minimum) to make it dead simple. Balancing the cost of fluency versus convenience remains a constant struggle for educators who want to help folks think like the web. But between simplicity and the bava, I’ll take the bava every time.

This entry was posted in Domain of One's Own, umw domains and tagged domain of one's own, squarespace, umwdomains. Bookmark the permalink.