And All Through the House 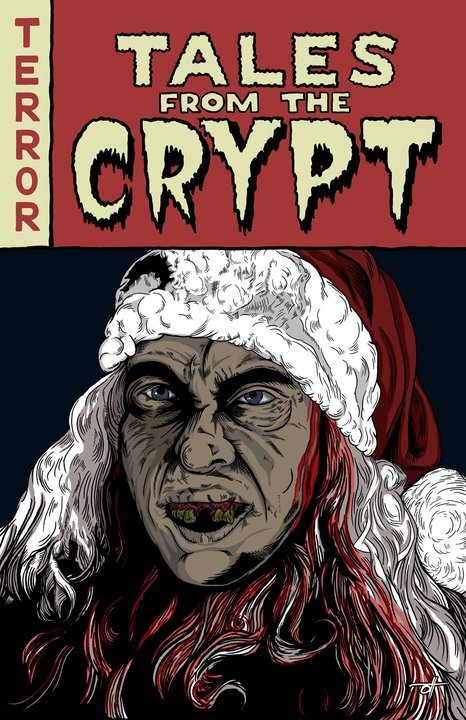 I started watching the first few Tales from the Crypt episodes over break, and while it’s uneven, there are some crazy ass episodes. For example, the second episode of season 1, “All Through the House,” which aired on June 10, 1989, and was directed by Robert Zemeckis. Here is a quick plot summary via Wikipedia:

A greedy wife (Mary Ellen Trainor) kills her second husband (Marshall Bell) for his insurance money and is then visited by a hideous serial killer (Larry Drake) dressed as Santa Claus and realizes her daughter is in danger.

I didn’t get much of that from the actual episode. I had no idea about the second husband or the insurance money. And up and until the psycho Santa Claus, it sounds fairly noiry. But one detail the plot summary misses is the fact that this murderous Saint Nick has escaped from a local mental institution. A popular trope from 1970s and 80s slasher films, paging Michael Myers. What’s more, I imagine Zemeckis was aware of the 1984 b-movie Silent Night, Deadly Night. I’m not sure if this is an updating of an original tale, but as soon as I make my way through all of EC’s Tales from the Crypt I’ll have a better idea of that.

Well, anyway, boys and ghouls, if you are brave enough you can sit back and enjoy a psychopathic Xmas tale in HD care of YuleTube 😉

This entry was posted in pop culture, television, YouTube and tagged HBO, Tales from the Crypt, YouTube. Bookmark the permalink.

2 Responses to And All Through the House