Back in the Old Dominion

It has been quite nice to be back on the ground at a Virginia public university speaking with faculty and staff about social media. I felt back in my element, as did Dr. Oblivion. #cltfsc pic.twitter.com/bcsLolVYoa

On my previous trip back to the US in May (before the Domains19 trip) I came to Virginia to take part in Old Dominion University’s Faculty Summer Conference. I was graciously invited by M’Hammed Abdous (who I worked with on OpenVA back in the day) to talk to faculty about jumping on the social media bandwagon. My talk was effectively likening social media more to a runaway train that we need to try and stop before it destroys us rather than a bandwagon we have some control over whether we ride it or not 🙂 I discussed the idea of re-thinking data ownership, creating a domain of one’s own (surprise, surprise), and keeping some ownership of your work while at the same time sharing it out a la POSSE (Publish on Your On Site and Syndicate Everywhere). That was the morning talk, which I am pretty practiced at and some readers of this dear old blog may have seen and heard before, so I will spare you the gory details.

But the afternoon workshop was a departure for me in a couple of ways. First, I did a SPLOT workshop with a group of 100+ faculty, which was pretty risky/scary. We used State U which allowed everyone in the room to get their own space and play along. The setup was conducive given folks were at round tables and could work together to figure out how to use something like the TRU Collector (which I demoed), or SPLOTbox (which I discussed), or one of the numerous portfolio options I showcased.

At the end of the hour we saved time for a representative from each table to report back on what they created, provide any feedback on the tool, and if and how they could see using a SPLOT in a class they were teaching. I was fairly impressed that so many folks could see the immediate value, and that the feedback turned into a broader discussion of possibilities and potential. I was quite relieved and not a little impressed with myself given when I arrived day one I was under the impression my workshop would be on day 2. As is often the case, I was wrong and I had to do some quick thinking on my feet. I had already wanted to feature SPLOTs, so I just went all in and decided to damn the torpedoes and run a full blown workshop. I liken it to what a film director must feel like doing a crowd scene for the first time. I never did a hands-on workshop with over 100+ people before, and a lot of things could go very wrong, but thankfully only a few of them did. And it is worth repeating that I am a professional. 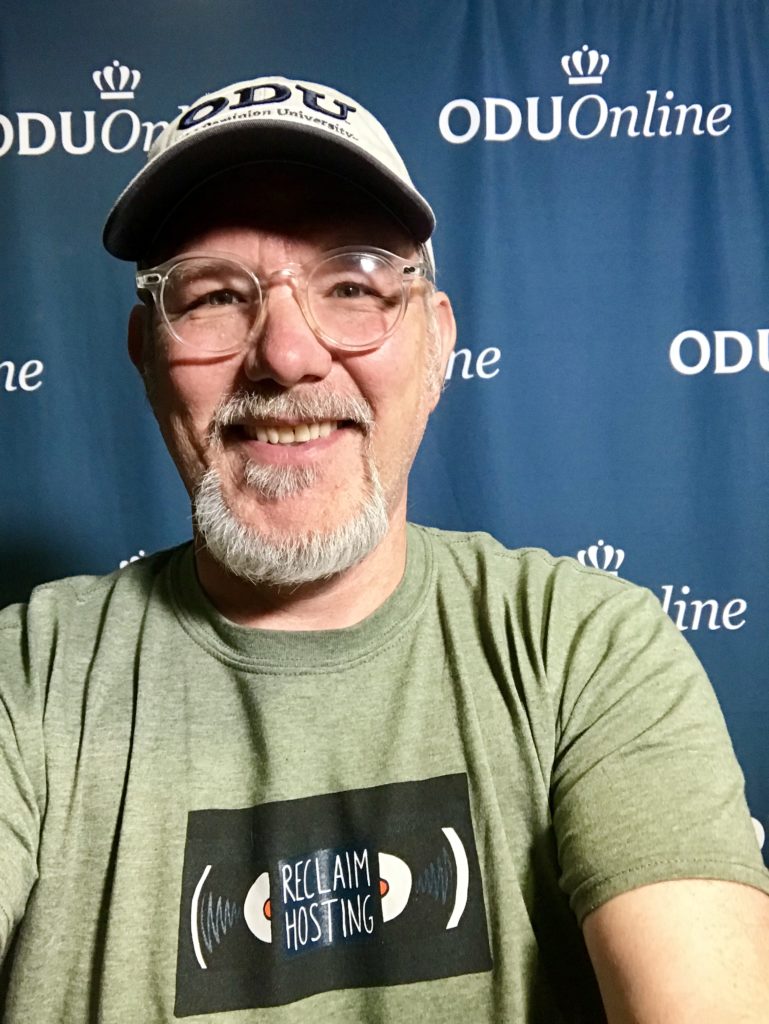 More seriously, SPLOTs really sell themselves, they highlight so many of the things I can get behind: the malleability and power of open source tools like WordPress; the possibilities of reclaiming privacy for faculty and students; the ability to scale back digital assignments to make them simpler, even disposable; and the idea that edtechs can regain some control over the technical learning environment they support. So many good things in one stupid little acronym 🙂 What’s more, Alan Levine keeps on churning out churning out the updates with all the goodness to SPLOTbox which could soon rival TRU Collector as my favorite.

It was also very cool for me to see a fair amount of faculty exited by the idea. They could see these as manageable additions to an existing semester, and built on existing needs. For example, one Communication professor asks he students to profile a YouTuber with more than 50,000 followers as a way to examine the nature of Youtube celebrity. Her eyes lit up when she say TRU Collector, and even more with SPLOTbox, because they tools provide her  and her students an easy way to add and aggregate their findings. It’s a simple win, and for that it is particularly powerful when she shares that back to a room of her peers. I could never make that point as well as her. In fact, one of the things I miss a bit these days, even more than teaching, is working with faculty to imagine the possibilities. That was always my strength as an edtech, and I want to find a way to get back to some of that.

[Also, as a quick aside, I used the workshop as an excuse to show the audience Reclaim Video via robot. I also turned the space on remotely, which was pretty awesome. I think my reasoning was to re-think the systems that have replaced our smaller, local processes, like say the disappearance of local mom and pop video stores for Blockbuster and then Netflix, and how that corresponds to the LMS and then the MOOC. It was a stretch, but I think they had enough fun with the video store being run via robot that it didn’t matter. I do want to go on tour about Reclaim Video though 🙂 ]

The workshop was the he rest of the conference was really fun too, there was a great session on a virtual Escape Room nursing faculty built with the production folks, and it was quite good and they were absolutely at one with jumping on that bandwagon to explore the possibilities. I enjoy that mentality, and it led to some amazing results. there was also a student panel about what they want from faculty, and the takeaway there was steady communication across platforms. By and large students want to be engaged—surprise surprise—and this group was quite eloquent at making that point. The LMS is not an issue for them, it is simply a communication platform, one of many, that some prefer given it is a known quantity. But at the end of the day the bigger issue is how you are using the web to engage your students, there is no one right way, and it does foreground the power of engaged pedagogy more than any one tool—which I think is right on.

Anyway, it was a fun two days, and it made me nostalgic for Faculty Academy at UMW.* It also made me miss working more directly with faculty and getting them up and running with tools for making elements of their course more engaging viz-a-viz pedagogy-driven tools like the SPLOTs. Once an edtech, always an edtech.

*I take responsibility for ending Faculty Academy, which was awesome event that I am sad is no longer around. But that needs to be balanced with the fact that year after year we continually had to beg for money and justify its existence while being browbeat about its efficacy. That was not sustainable, and was increasingly becoming tiresome and demoralizing.

1 Response to Back in the Old Dominion