Highlight of trip was witnessing C.H.U.D. Sunday tradition @reclaimvideo: all C.H.U.D. all day on the VCR every Sunday. Shane and Connor are the architects whose obsession with C.H.U.D. underscores the magic of crossing intentional spaces like @ReclaimArcade with amazing people. pic.twitter.com/QJzuLwNhzo

I’m decompressing in Frankfurt Airport after an intense trip back to the ‘Burg to prepare to ship my life overseas for good, but more on that anon. What I did want to do quickly here before time and exhaustion does me in was to note the birth of a tradition at Reclaim Video that may be one of the coolest things to emerge from building a space like Reclaim Arcade. Two of the arcade’s employees, Shane and Connor, got curious about the different VHS versions of the 1984 b-movie classic C.H.U.D. that filled the shelves of Reclaim Video. Rather than killing the dog, their curiosity gave birth to a cannibalistic humanoid underground dwelling obsession-cum-ritual in honor of this 1980s VHS classic. 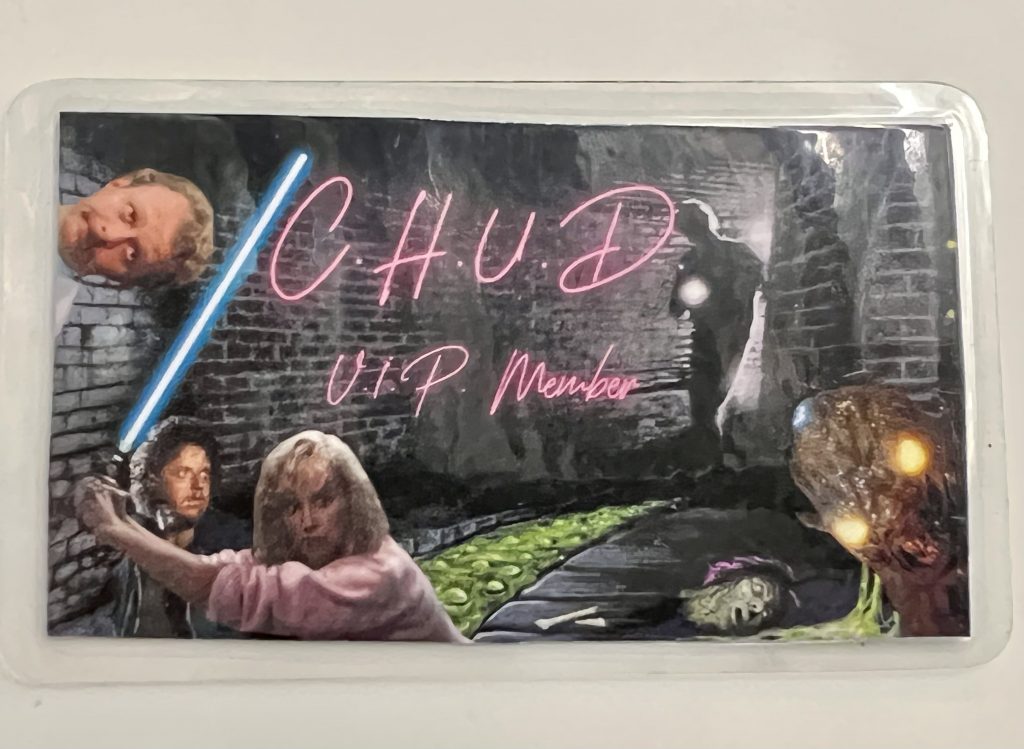 Since early November every Sunday at Reclaim Video is a C.H.U.D. Sunday, which means a C.H.U.D. VHS marathon from opening until close. It is a newly christened tradition that is going strong, and as you can see from the images both above and below it is accompanied by movie posters, t-shirts, and newly minted VIP membership card that I’m proud user #00. 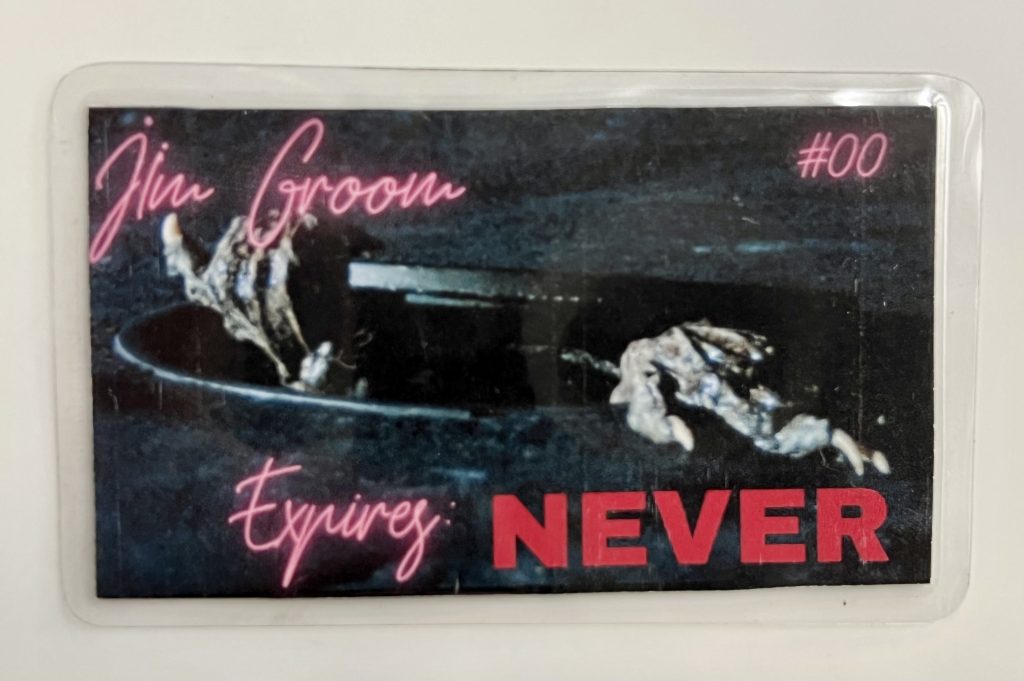 I’m no stranger to un-bridled C.H.U.D. love. One of my favorite grad school papers was an analysis of C.H.U.D.—along with several other NYC-based b-movies from the 80s—to examine the rhetoric of the revanchist city and the rise of gentrification that would become the norm in the 1990s. But what struck me most about C.H.U.D. Sundays was that it was born of creating of an intentional space like an 1980s video store that is not a museum, but a cultural laboratory run by cool, young kids that can and will explore the physical history of VHS that has a lot to teach us about our own moment, much like my belabored academic readings of C.H.U.D. 🙂 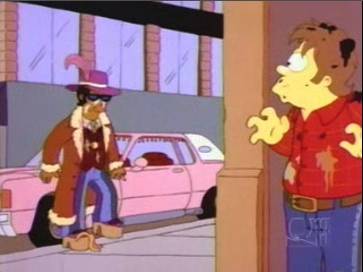 A younger Homer Simpon on the run from pimps and CHUDs

This tradition of 80s curiosity very much starts with our very first Reclaim Video employee, the great Xander! Roughly 3 or 4 years ago this teenager wrote us an email asking if he could work at Reclaim Video (well before there was even an arcade) simply because he loved 80s culture. It was a space for him to explore that moment and by extension his identity in a fun, relatively authentic framework. And it was equally awesome for us to get to interact with him, talk movies, and generally hang out with a new generation of film lovers. The sickest thing about Reclaim Arcade, I am learning, is that it’s a cultural kiln that forges experience of all who partake, both employees and guests alike. Like record stores, book stores, or movie theaters of yore, the retro-arcade is an entertainment Twilight Zone where those who enter willingly embrace an alternative dimension and are changed by it, but at the same time fuel its magic and shape it—just as Shane and Connor have so beautifully done with C.H.U.D. Sundays. It underscores the thrilling possibility that commerce-driven entertainment can be truly transformative when it’s not relegated to a cookie-cutter model that is always already about efficiency and scale. It’s where the young and old employees and guests shape the experience together in an ongoing dance of thoughtful cultural studies that is half-disguised as entertainment given how joyous it all is. I’ve said it before and I’ll say it again, Reclaim Arcade is art!

This entry was posted in Reclaim Arcade and tagged C.H.U.D., C.H.U.D. Sundays, reclaimarcade. Bookmark the permalink.