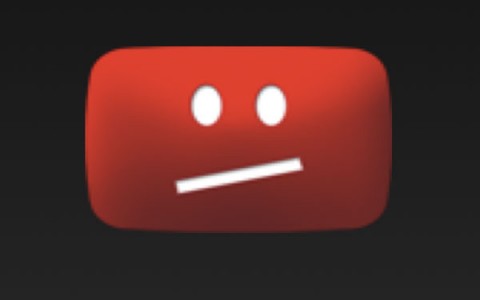 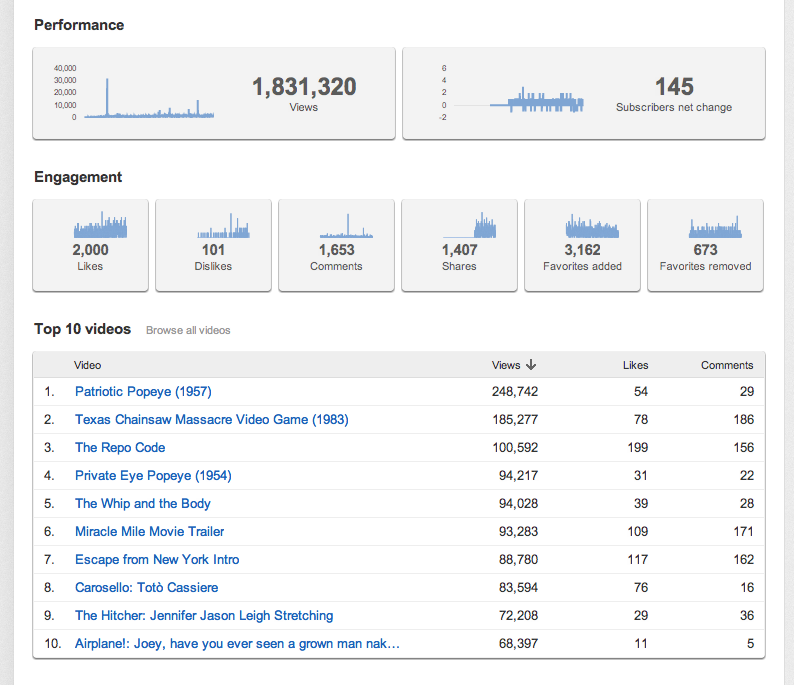 I’ve been on YouTube since 2006. I’ve uploaded more that 240 videos; I’ve also had almost 2 million views on those videos. What’s more, I’ve probably had around 50 copyright complaints, and they have been coming fast and furious as of late. There must be some crackdown in the office of YouTube, I imagine it like Joe Spinelli telling Stallone off in Night Hawks. 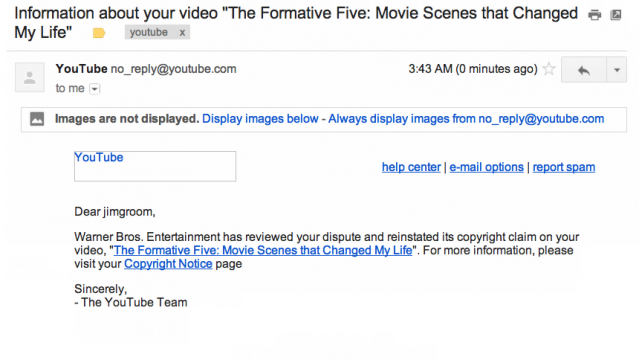 The next step would be to challenge them, but at that rate I need a lawyer, some cash, and would need to pull the whole Larry Flynt thing with flags, snipers, and middle America—which I’m not really into. I just wanna share video with people when I have something to say about movies on my blog. It’s crucial to the academic work we do, it’s crucial to the virtues of discussion, and it’s crucial to the simple fact of being a citizen. Quite frankly, we need a better way than YouTube. We need a venue that hasn’t gotten in bed with the entertainment industry. We need a place that, like my blog, I don’t have to worry about someone else deleting from me without due process and a real engagement around what copyright, fair use, and the ability to use our culture to explain and interrogate it is. If I wasn’t getting threatened by YouTUbe I probably wouldn’t be leaving right now, but I am so I am. They suck. And what’s important I guess from me in all of this, is that it is useful to keep that in mind and I am kicking myself for the 242 times I chose convenience over freedom 🙂

One step up from a dispute, and the second one I have gotten. This, by the way, is part of the opening credits for The Wild Bunch which is magical (I own it on VHS, Laser Disc, and DVD) and no video on YouTube could do it any justice, but I was using it in as part of a blog post to make a point about Sam Peckinpah’s film, it is a visual aid, a quote, a piece of the visual argument I need to make my point. But I can’t quote it, it has become property of some media conglomerate that would have me pay them every time I want to share how I understand a piece of the culture I was thrown into—I believe this is a concept we will look back on in time and understand it as an awful and repressive act against any sense of democracy and freedom of expression. It’s a crime against thought. I need my very own space to do my “crimes,” and this Summer I’ll be experimenting with some options. Will I be part of the Vimeo diaspora? Or can we set up some other solution on our own, we’ll see very soon 🙂