When I was back in the USA in late January, early February before the world was turned upside down, I was getting some art framed for the complete site redesign of Reclaim Video and Reclaim Arcade. It really does seem like a lifetime ago. And while the art was ready in early April, Meredith was kind enough to retrieve for me on Friday (a few months behind). I’m bummed I can’t see them in person, but the pictures she sent along get me pretty close. Three of the five classic Atari game posters were done with a simple black frame (we still have Breakout and Lunar Lander unframed).

I think one of the most compelling elements of the late 70s and early 80s  classic arcade cabinets is the artwork. The are so evocative of a world far beyond what the 8-bit sprites could render, and in some ways they stand in for that representational gap. They remind you of where these games are truly played: your imagination. The idea is these would be on the walls amongst the arcade games to reinforce the magic of that aesthetic. 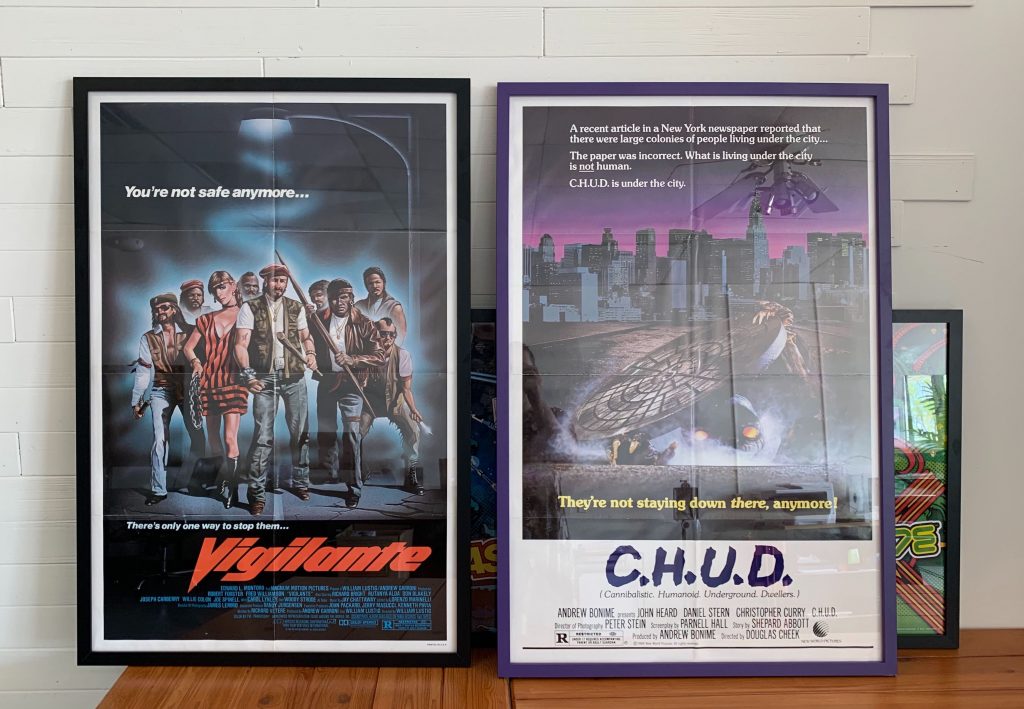 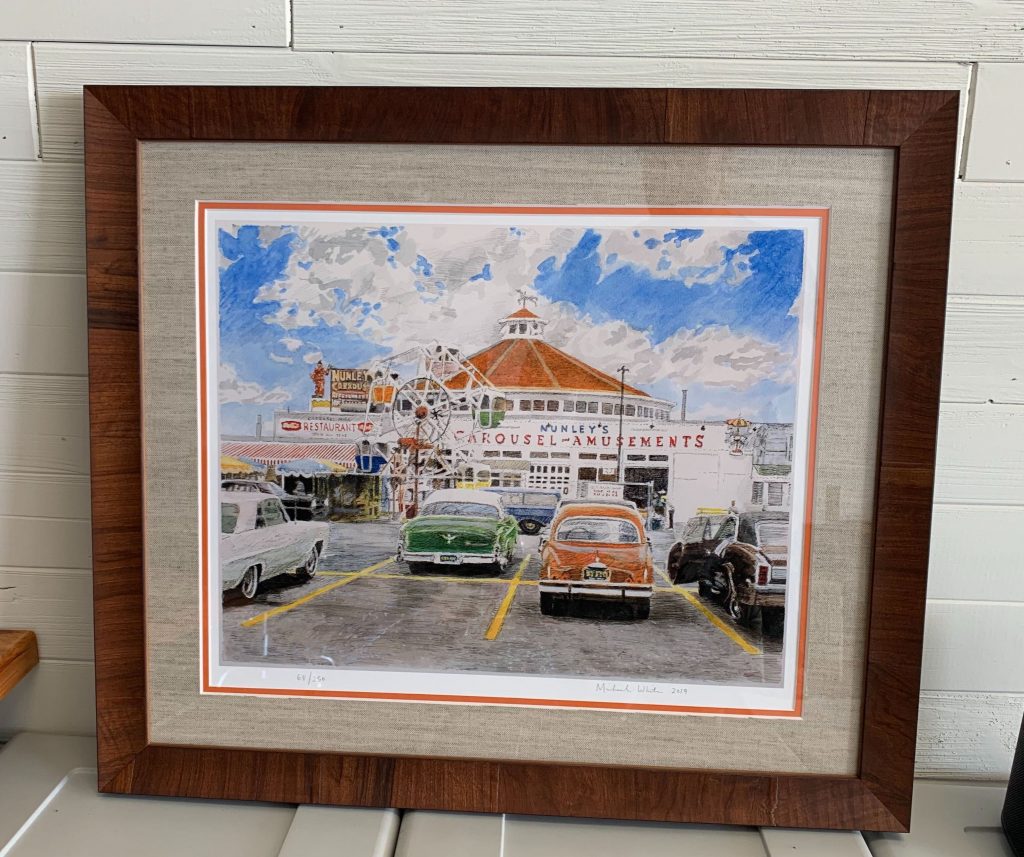 Finally, I went a bit overboard on the frame for Nunley’s painting. I wrote about the nostalgia behind this painting back in December, but long story short this was the to be hung above the entertainment center in the living room installation as a tribute to a different era of entertainment. The fact it was done by my childhood neighbor just makes the connection that much stronger, fact is Reclaim Arcade was deeply personal for both Tim and I, and everywhere the art and aesthetic was to highlight that. As I said in my last post, the arcade is on temporary hiatus as we wait out COVID-19, but like a Centuri arcade game Phoenix….