I want to try and start archiving some of my Instagram posts because like most other social media platforms that are not the bava, I just don’t trust it to stay around—or at least for me to care about it after a certain point.* Social media on the web is fickle, so it’s nice to have a domain of your own to hunker down on for the long haul. Anyway, this post is neither about blogging nor the web, but rather about what they both make possible like never before: nostalgia!

One of the many personal inspirations for @reclaimarcade -Nunley’s was an old school fun park with a legendary carousel and an awesome arcade. Located on Sunrise Highway in my boyhood home of Beautiful Baldwin Long Island, this print was done by my neighbor MichaelWhite, and will hang over @reclaimarcade’s 80s hearth in honor of what was and what can be still!

I’m sure it has become painfully obvious to anyone still visiting these parts (I love you all!) that I’m poised to take my penchant for nostalgia to even greater heights next year with the announcement of Reclaim Arcade. This is something I’m very proud of given I wasn’t sure if we could ever top the UMW Console or Reclaim Video, but Tim and I decided to go all-in on our most recent venture. As a quick aside, the “I” is the personal pronoun that rules this blog by and large, but in the end whenever I write about any of this stuff it must necessarily morph into “we” given none of this is ever done alone, and working with folks to build all these things is the true dream. It’s like I’m back in grade school building a tree house with the neighborhood kids, or in high school building a half pipe with my brother and our friends. It’s the continued act of pushing to build something together that is the joy—and if it rules all the better. 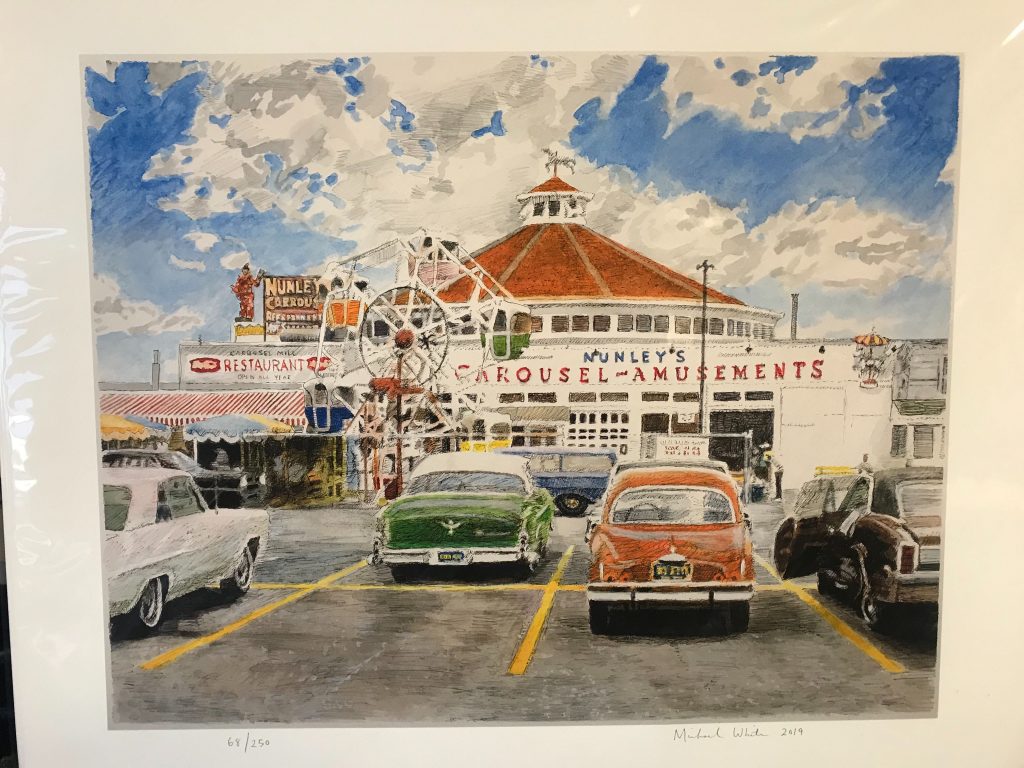 Anyway, all that to say this that I ordered the above poster of Nunley’s Amusement Park, which was a classic 20th century fun park located in my boyhood home of Baldwin, Long Island.† This poster is in many ways symbolic of the nostalgia that will rule Reclaim Arcade for a couple of reasons. 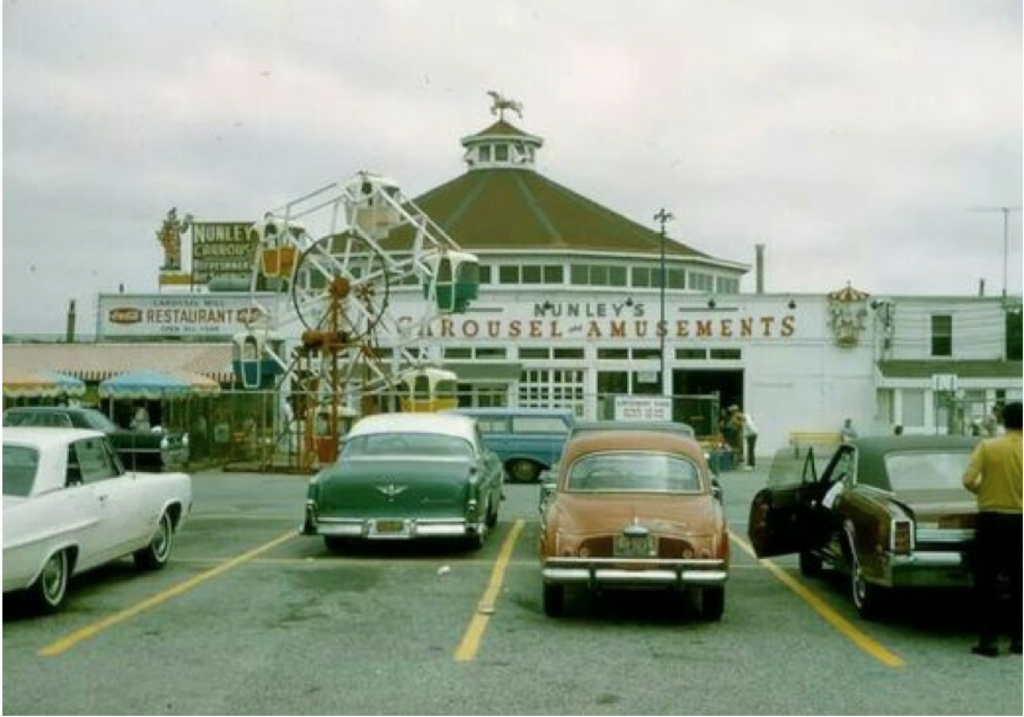 First, it’s a faithful interpretative illustration of a photo from the 1970s (?) featuring a since razed amusement park that I frequented as a child. It was known for its 1912 Stein and Goldstein carousel from Canarsie, Brooklyn that was re-located to Baldwin in 1940 to make room for the Belt Parkway. The same pilgrimage to Nassau county that so many Brooklyn and Queens families would follow in the 40s, 50s and 60s (my own included).  This was the place where I discovered games like Shark Attack, Galaxian, Pole Position, Pac-man, Centipede, Tempest, Asteroids, Defender, and the list goes on and on. The stent-like wooden structure featured in the picture housed the carousel, and along he perimeter were pinball machines, skeeball, and starting in the late 70s and early 80s lots and lots of video games. It was a mecca for me in the early 80s, and we were lucky enough to live just a few blocks from it. The painting will be framed and hanged above the entertainment center in the 1980s living room as a nod to what was and what can be. Like the paining, I see Reclaim Arcade as a creative interpretation of mental images of a time gone by, as well as an attempt to breath life into the idea of an attraction that cannot only act as a time machine for my generation, but hopefully create some memories for a whole new one. 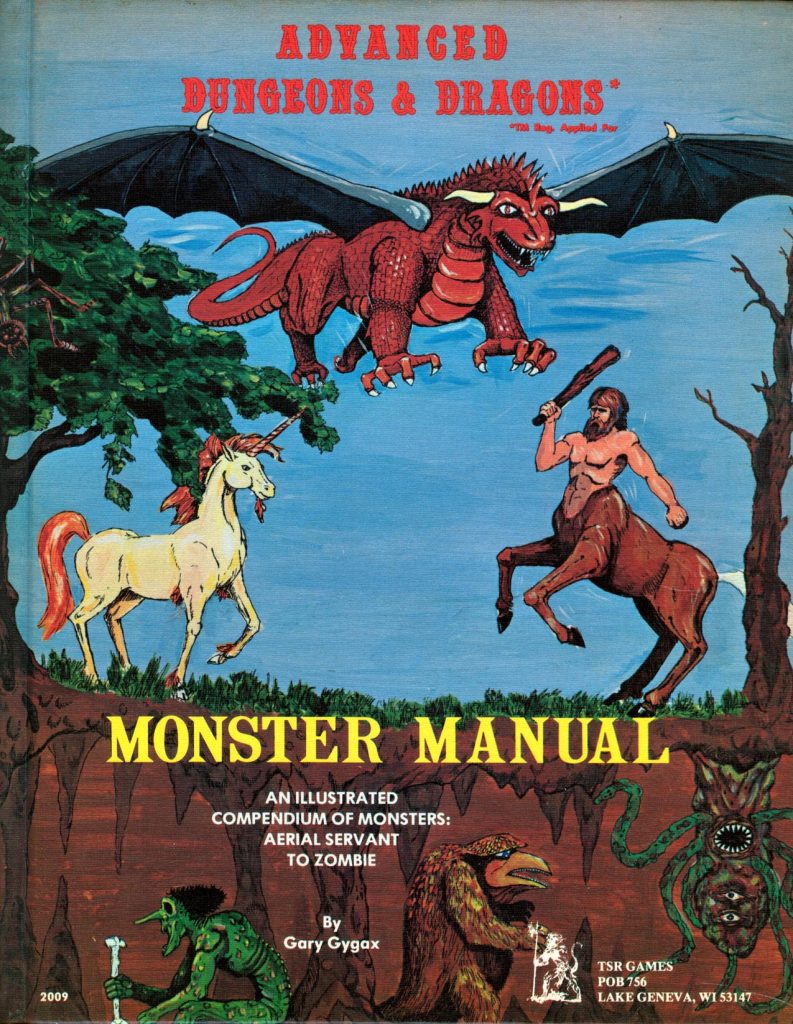 Secondly, the watercolor is part of a series from an artist, Michael White, who I just so happened to live around the block from in beautiful Baldwin. In fact, he was the older brother of one of my close friends during elementary and middle school. I would go to their house to play Dungeons & Dragons (D&D) in their attic, and while passing Mike’s room I was always enthralled by the drawings on his walls featuring scenes of muscular warriors battling a host of horrific creatures right out of the D&D Monster Manual. It was also there that I discovered the glory of painted lead Advanced D&D figurines, which I would soon after buy at our local comic/hobby shop The Incredible Pulp. These moments  of imagination continued to be a source of inspiration, as this blog attests on the regular. 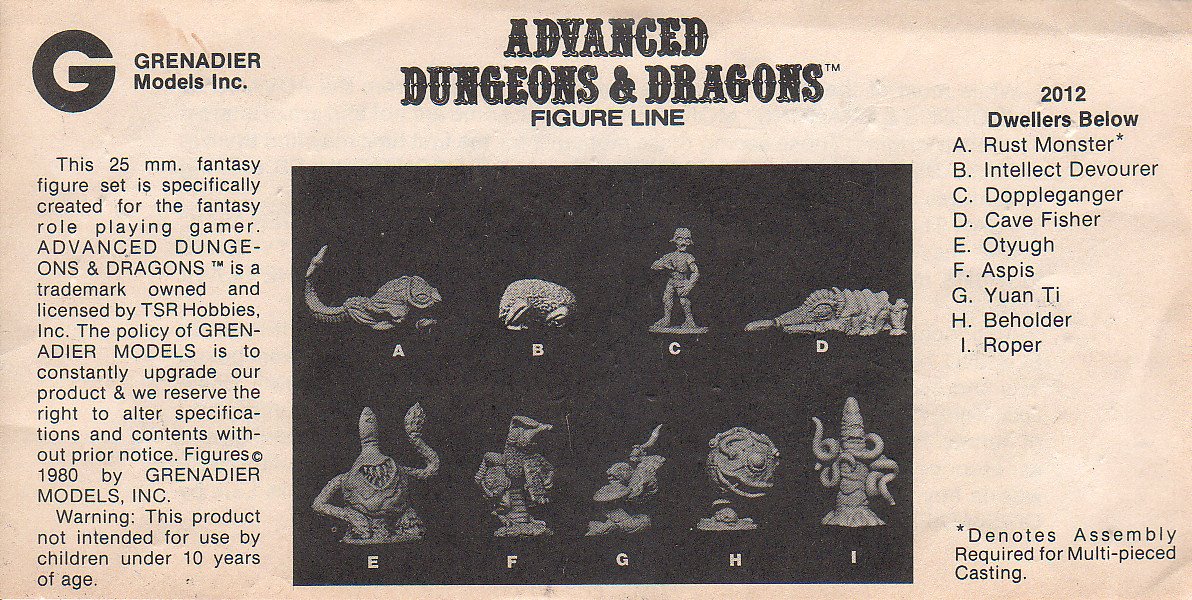 So, when I was searching for Nunley’s to collect images of their arcade, I stumbled across an announcement for Michael White’s mural of Nunley’s that he painted earlier this year at Baldwin’s Long Island Railroad station (which is across the street from the site where Nunley’s stood). 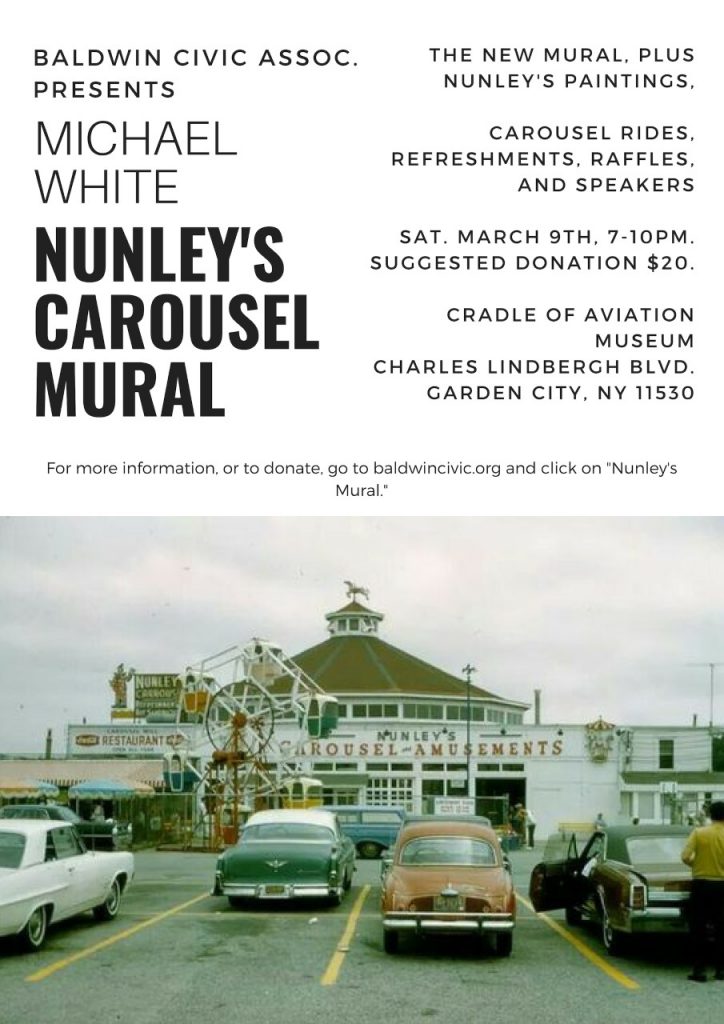 Crazy, right? So, just to re-cap: a person who I once knew and was a boyhood inspiration of Frank Frazetta-level proportions has been applying his immense talent towards  what I see as a similar kind of generative nostalgia to both pay honor to the past as well as attempt to bing a piece of it with us going forward. That would be the second reason this poster will be symbolic for me of the mission of Reclaim Arcade. Because despite our attempts to abstract it out to a business (and boy do I hope it works out in that regard), it will always be at its heart a deeply personal relationship to a shared past.

*That said, Instagram has surpassed Twitter in terms of my extra-blog curricular activity over the last year or two, and no surprise there given public shaming and calling friend and stranger alike out for perceived offense is increasingly the default mode of the latter. I keep a healthy distance from Twitter given my sense of humor will sooner or later get me into trouble in such a humorless space. Also, in a strange turn of events I find myself on Facebook more and more looking for arcade cabinets given that is pretty much ground zero for OG arcade groups outside of the KLOV forums, but Facebook still feels so dirty to me.

†It is an ingrained habit to always follow the announcement of my hometown with Long Island, rather than New York. Why? Because being a Long Islander, for better and for worse, has its own distinct identity apart from the city folk, something like a diluvian species of clam diggers that emerged from the mud like John Goodman in Raising Arizona