Helter Skelter or, how I came to hate the dirty hippies

This weekend I watched the 1976 TV documdrama Helter Skelter for the first time since I was a young boy. And while watching it again I came to the stunning realization that this TV movie is the reason why I’ve hated dirty hippies so viscerally for the last three decades. In fact, this TV movie could have just as well been named The Family: A Bunch of Dirty Hippies. And when I say dirty hippies, I mean DIRTY hippies. According to this TV movie, the love children that were part of Charles Manson’s family may have been the dirtiest people ever. Just take a look at the evidence presented as part of the TV movie, these shots come early on in the program when the Ranch is raided by the police. 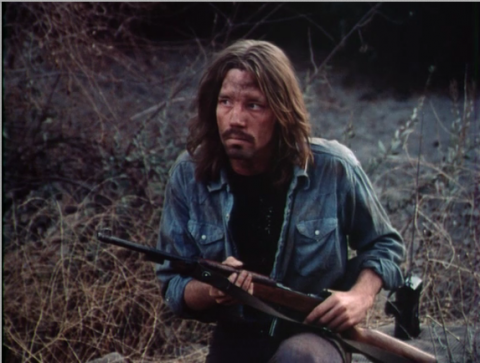 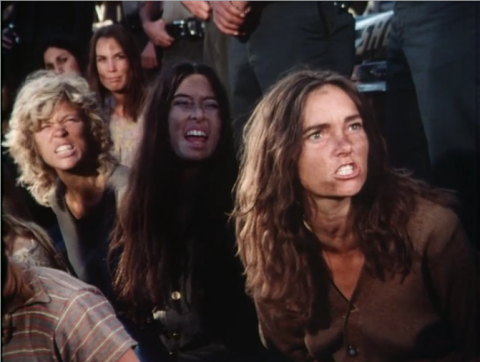 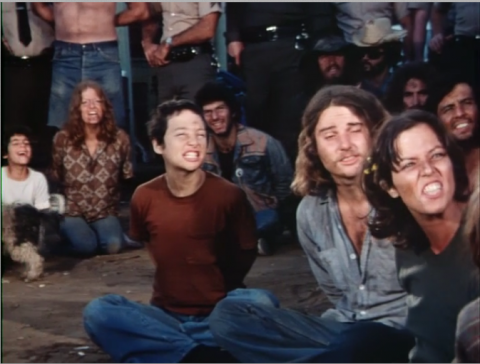 A depth of dirty hippies

There is some serious dirt going on here, and I would normally scratch this up to overenthusiasm on the part of the director if it wasn’t reinforced throughout the movie. In fact, there’s a scene between Vincent Bugliosi (the crusading hero determined to stomp out the last remnants of filth) and his wife in which he breaks the Helter Skelter conspiracy behind the murders wide open. While Bugliosi is ennumerating this vision his special lady friend delivers the final blow by tying the Family’s lack of cleanliness to their senseless preying on the lives of the showered establishment people.

I can’t tell you how much this scene made me love this movie. It reinforces everything I feel about Hippies, the 1960s, and Manson more generally, In fact, this TV movie has a few themes it is trying to push pretty relentlessly: 1) Hippies are dirty, 2) the free love movement of the 1960s would ultimately devolve into psychos like Manson taking control of their minds, 3) Manson is the devil, 3) Bugliosi is a legal genius, and 4) Mansonism is a growing epidemic consisting of burgeoning dirty hippies that murderously misinterpret Beatles’ song lyrics. 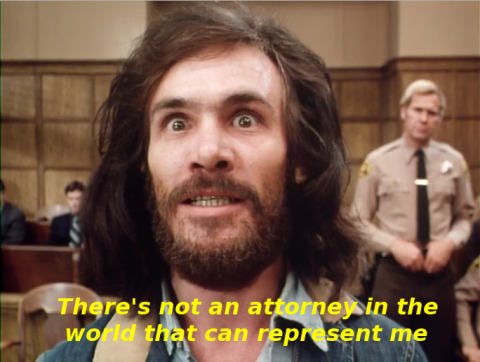 Scene from Helter Skelter wherein Manson decides to represent himself.

While we were talking about this movie in class last night, Seth Dorman brought up the point that this was a major network TV event. In fact, it’s the 16th highest rated movie to air on network television of all time! This was a cultural phenomenon of epic proportions, and I only half joke when I suggest this TV movie had an indelible imprint on my current view of hippies. I can remember the ranch, the filth, the descriptions of love-ins, and the resulting bloodshed. In the U.S. at least, April 1st and 2nd of 1976 were the final days of the 1960s. Helter Skelter put the final nail in the popular peace and love movement perpetuated in the mainstream by Woodstock. It made way for the 1980s, and for that I am ever grateful!

14 Responses to Helter Skelter or, how I came to hate the dirty hippies