Paris is Burning through Syndication

Have I ever mentioned how awesome #UMW‘s Study Abroad blog aggregator is? More than 200 posts since June. #4Life — Jim Groom (@jimgroom) July 20, 2013

When I tweeted out how awesome UMW’s Study Abroad aggregator blog is a few folks asked me how we’re doing the syndication. Aggregation is something I’ve written about so often on the bava blog that I’m afraid I take for granted. That said, I really don’t want to because I truly believe it is the best way to foster distributed communities, enable ownership of one’s own work, and keep a centralized archive all at once. Aggregation by way of RSS-enabled syndication is still the simplest way at this stuff, and I’m gonna try and prove that once again 😉

So with the aforementioned Study Abroad blog aggregator we have almost 90 feeds that have been added (self-service style) over the last two and half years that have syndicated more than 2300 posts. We do this using the plugin called FeedWordPress, which allows you to add and syndicate URLs from just about any service with an RSS feed. For example, the Study Abroad aggregator has feeds from worpress.com, blogger, tumblr, self-hosted sites, and UMW Blogs blogs. It allows anyone with an RSS enabled site to feed in. 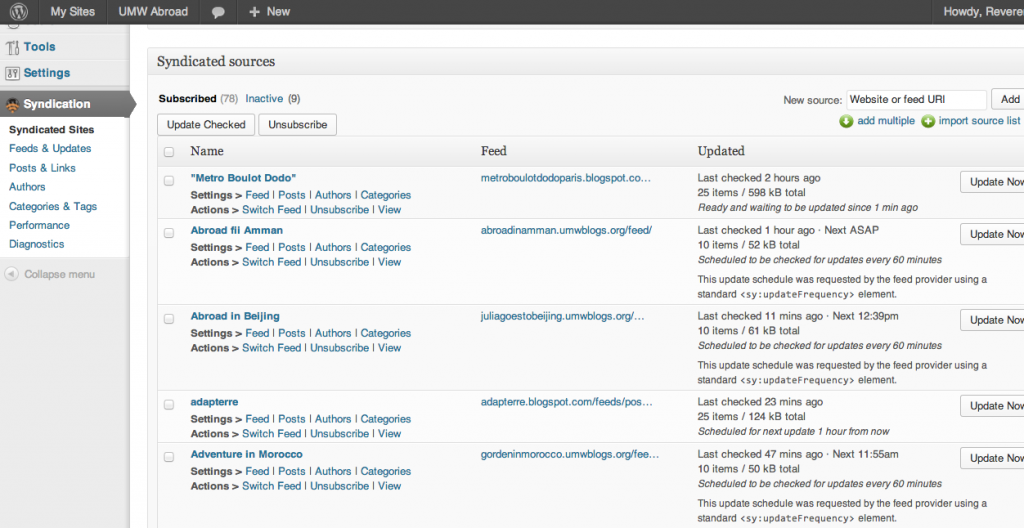 In order to make the process more streamlined, we are using another plugin called Add Link Widget which allows people to add a URL from the sidebar. Once it is added it’s categorized as “Contributor” which immediately adds it to FeedWordPress (I recommend password protecting this field in the sidebar to avoid spammers). You can check in on occasion to make sure added feeds have been auto-discovered properly, and then you are set.

So, using this simple two-plugin combination we have created a hub for thousands of posts from UMW student studying all over the globe.  Now, let’s add another layer of syndication into this equation. I setup the Study Abroad aggregator blog a couple of years ago on a lark because I started to see that students at UMW were just doing this of their own volition to share adventures with family and friends. But this is not an option limited to me, any faculty member or student that has a UMW Blog (or a self-hosted WordPress blog) can do the same exact thing—and after seven years of playing with this we actually have a number of faculty who do! 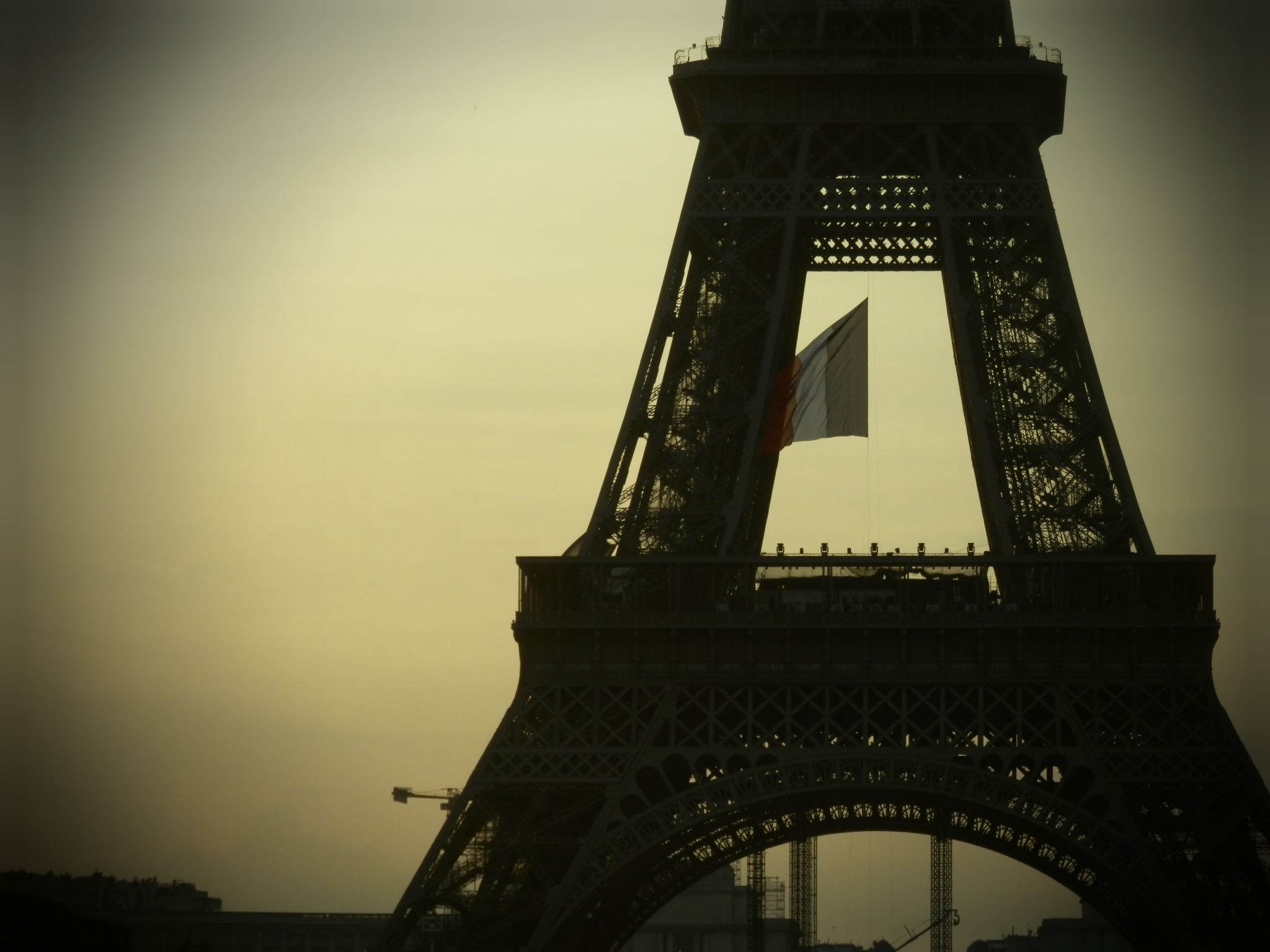 Exhibit P (for Paris!), Historic Preservation professor Andi Livi-Smith worked with Alan Levine last Summer to setup her Preservation Abroad aggregator blog which syndicates posts from various sites the students setup to document their experience abroad for a month in Paris, France. And while going to Paris would be preferable, being able to see all the amazing places the students visit and document made the fact I wasn’t there that much worse 🙂 But more seriously, it is an amazing distributed documentary of the class experience that Andi can use to centrally follow and grade their work in one space. Additionally, the students own and control the sites on whatever service they used, but a centralized archive of  the course remains beyond the course because each of the distributed posts are reproduced in preserved on the aggregator blog. Best of both worlds? I would say, “OUI, OUI”!

Now for the aggregators within aggregators twist. So Andi sets up this awesome course aggregator that is pulling in her students work to one central space of their study abroad experience. Why can’t we take the RSS feed from her course aggregator and add it to the Study Abroad aggregator site? Well, we can, we are, and it’s seamless. Aggregate ALL the aggregators! In many ways this is the prototype for how I wish academic department sites would start shaping the flow of the various work they are doing on social media, UMW Blogs,  Domain of One’s Own sites, course sites, etc.

We are doing this with our official DTLT page on umw.edu. What’s more, I’ve used the tags dtlt and featured on this post which are triggers for the DTLT site to syndicate this post and put it on the front page as featured news. How about that? Syndication and aggregation, baby, it’s the future. And while Paris, Rome, and higher ed is burning, we continue to blaze the trail. Come on now, isn’t it time you started aggregating and syndicating the future, hippies? And while I’ve said it a million times on this site before, it is still so right! That said, the fact that so much of it has been focused on WordPress has been a real limitation, but even that will soon be removed. There’s more in heaven and earth, edtech, than you dream of in your corporate, vendor-driven philosophy 🙂