On Thursday Tim and I recorded yet another Reclaim Today episode, and I have to say this may be my favorite to date. Not only because we are beginning to see some of the fun possibilities manifest with the Reclaim TV Studio in this production, but it might mark the beginning of a truly awesome project. Tim and I have no shortage of good ideas when we get going, but Tim has really hit on some gold in his recent quest to bridge time and space to make sure Reclaim Arcade stays weird. He’s a genius, and I love the madness. But I might be getting ahead of myself here a bit, but the short version is he discovered this very cool site called Telemelt by Andrew Reitano, which is a way to play emulated NES games (amongst others) latency free online with friends. With the simple click of the spacebar you can switch who controls the game, and it is remarkably seamless, totally free, and a by-product of our current locked-down reality.

And to this equation Tim added another dimension, me and him playing them together in the proverbial and very real console living room in Fredericksburg with him in person and me on the robot. The combination of playing seamlessly via the browser and then “being” in the same space as a robot was quite remarkable. Which led him to the idea of what if we can replicate this latency-free game play for the Reclaim Arcade cabinets and have folks come in via robot and play with others that are in the physical space? A fleet of robots occupied by folks all over the world playing games in Reclaim Arcade….CAN YOU DIG IT!

I am sure I’ll have more to say about this, but it is also worth noting that this was our first stream using multiple-scenes with green screens and a little OBS Ninja action. I’m not gonna lie, I am loving our new streaming overlords 🙂 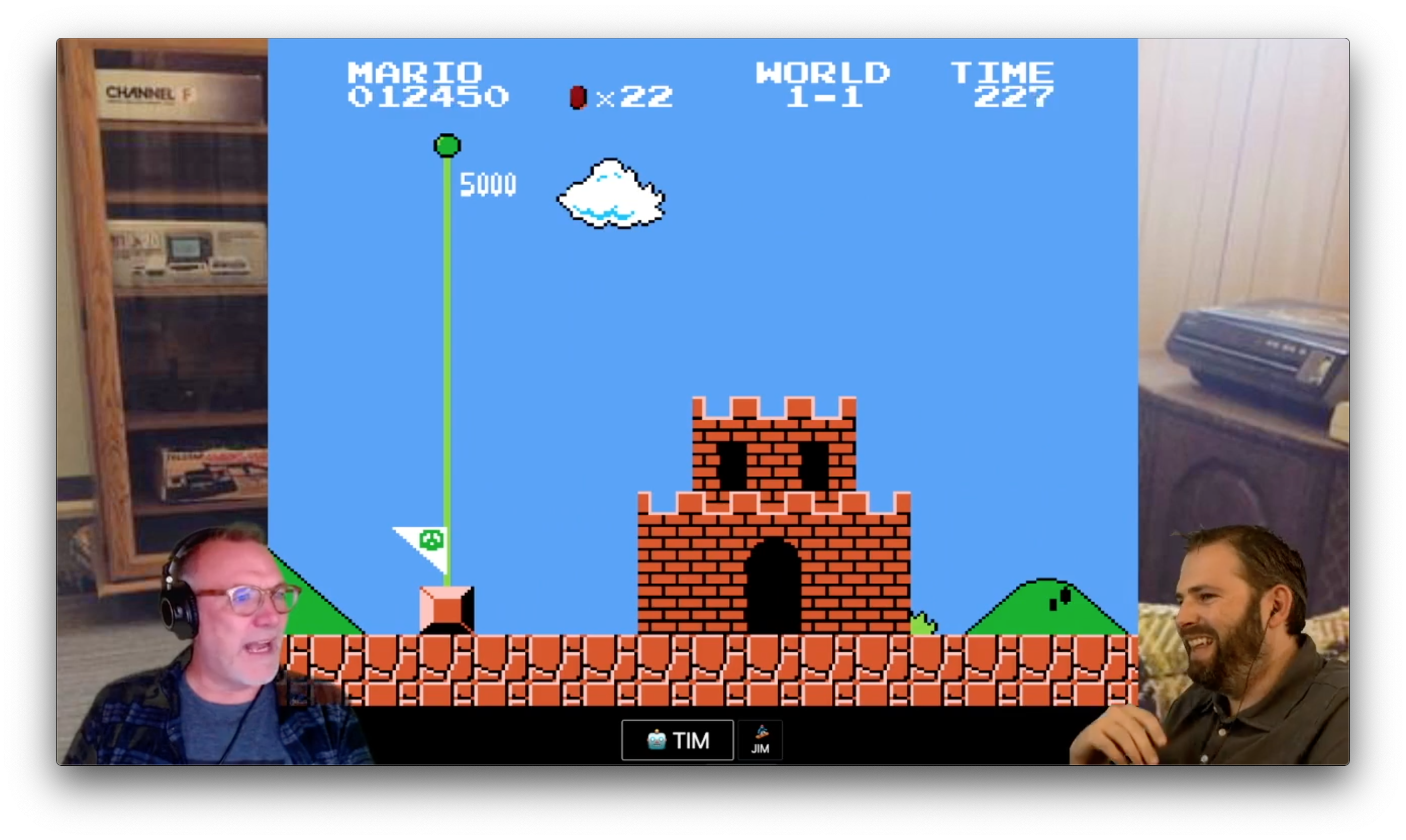