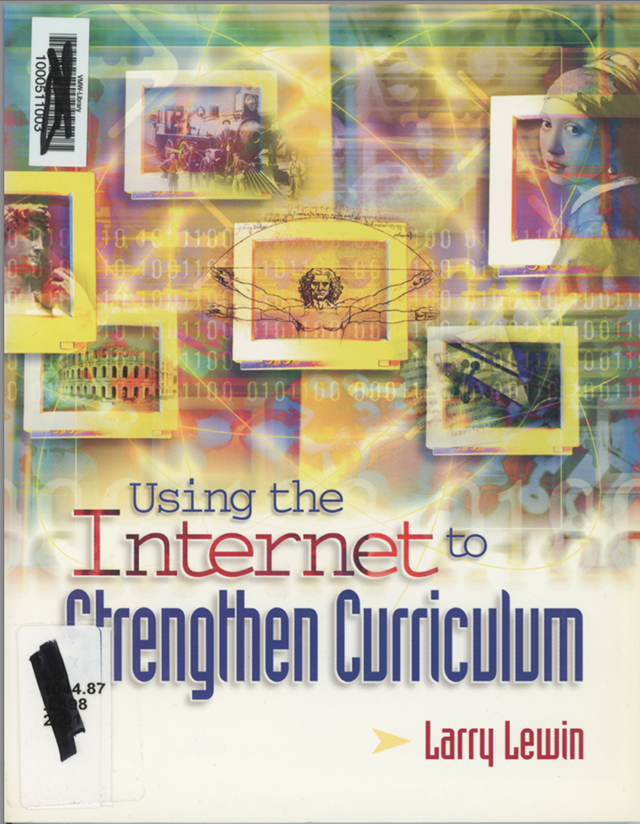 Another 2001 edtech book Shannon Hauser gave me earlier this week is Larry Lewen’s Using the Internet to Strengthen Curriculum. This guide to internet research is all about how to domesticate the internet for education, and some of the quotes are interesting when framed around the theory I’ve been pushing as of late, namely that the web increasingly became anathema to the intellectual work unviersities imagined themselves doing at the turn of the millenium. There’s an increasingly prevalent notion during the late 1990s of  a “dilemma” wherein the web becomes a “double-edged sword” for education. Take this quote from chapter 2 of the book, which is appropriately titled “Taming the Web”: 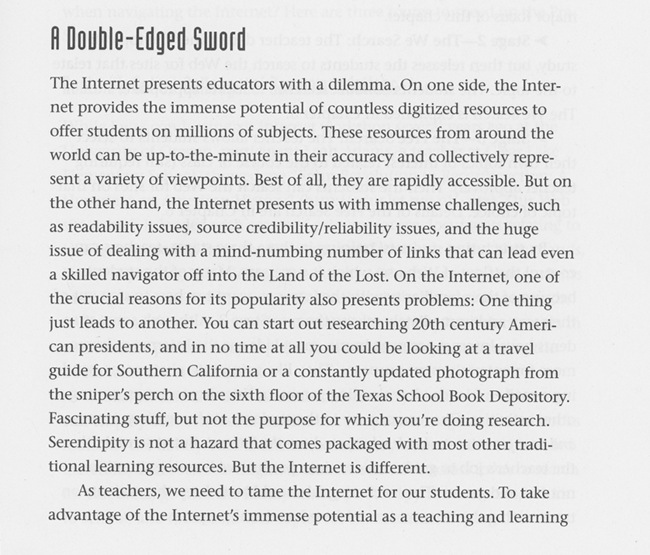 I love this idea of serendipity as a hazard of the internet, and one which distracts us from the point of….learning? It’s a truly bizarre idea, but at the same time it also fasicinates me. The idea of blazing pathways across resources, disciplines, cultures, etc., through hypertext is seen here as one of the real limits of the web for education. And the money quote for me,  “as teachers, we need to tame the internet for our students.” I can’t help but think this is still part of the mindset when it comes to the siloed learning management systems that are pervasive in education. The open web is just too confusing and messy when it comes to teaching, we need stay down in the lead-reinforced walls of the LMS bunker until this fad passes 🙂 Duck and cover!

But that’s not all, the next page has a solution! “condense the possibilities for our students” and “structure the experience for their success.” The idea of the web as a network, even thirteen short years ago, was seemingly unfathomable in education. 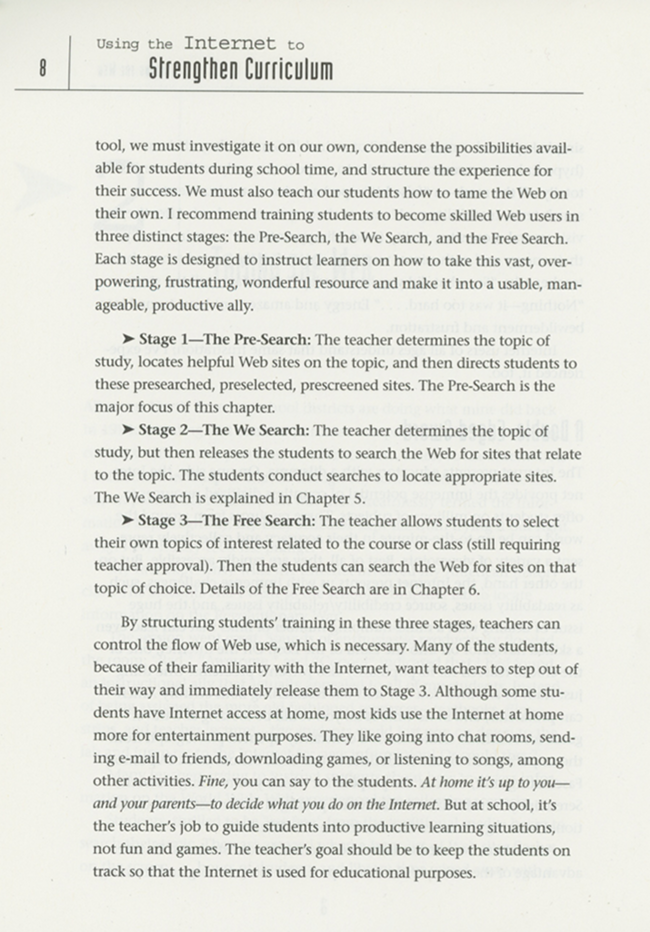 And while I would like to applaud the idea of training students how to use the web for research, it’s remarkable how dominated the language in this book is with verbs like “control,” “manage,” and “tame,” as if it were even possible. I can’t help but think that during the decade since this book was published, framed by the explosion of Web 2.0, schools and universities moved away from trying to control the web—given the futility of such an enterprise—and simply refused to enagage it as part of the curriculum. Faced with the impossibility of control, there was a fear-driven retreat to the bunker.

This entry was posted in Instructional Technology, The Internet Course and tagged edtech, fun, instructional technology, tic104. Bookmark the permalink.

6 Responses to Taming the Web