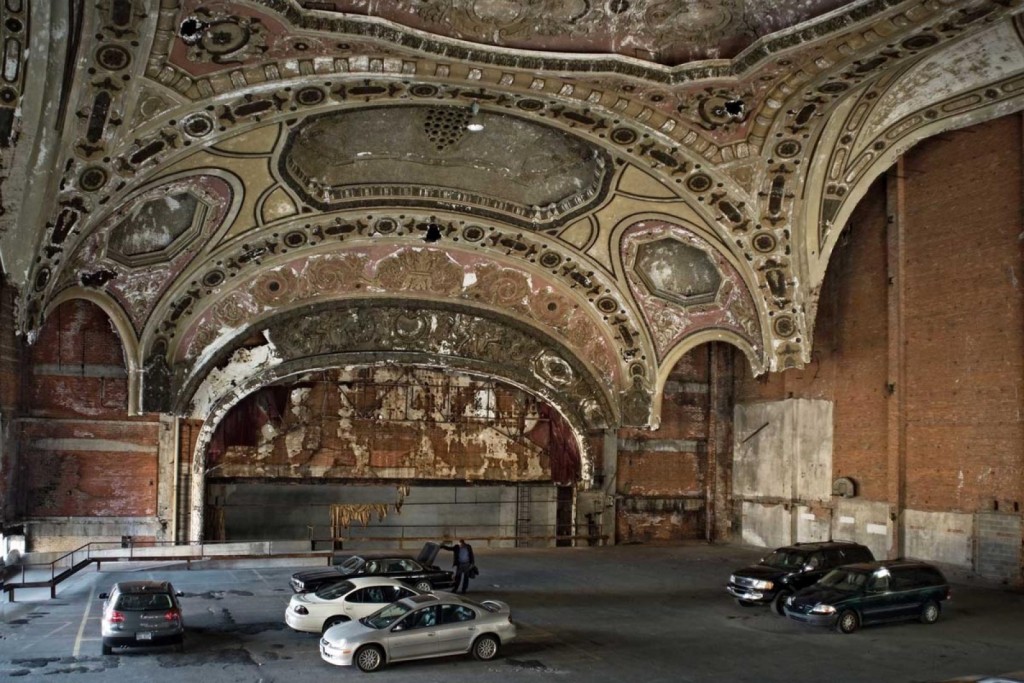 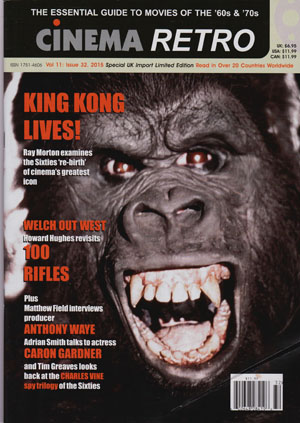 The spring issue of Cinema Retro has a feature on the 1976 version of King Kong as well as an article on Orca: the Killer Whale (1977). Great reading, now I’m gonna have to re-watch both films this month. A short bit in the news section about The Michigan Theater caught my attention.  It was a quick blurb about this lavish French Renaissance-style, 4000-seat theater built in Detroit in 1926 which is now a pretty ostentatious parking lot.

What struck me was how much this reminds me of the irresistible click-bait I chase all the time on the web. I love it. As much as I know Detroit ruins porn is wrong, it’s hard to look away ever since that first abandoned book depository Flickr set back in 2008. So seeing this in a British film magazine I’ve been buying fairly religiously over the last few years just seemed odd, although it really shouldn’t be. A quick search of the web brings up post after post after post about “The World’s Grandest Garage” (some better than others, but all of a piece). In fact, the history is fascinating, but the images are truly remarkable, it seems like something out of Planet of the Apes (1968). 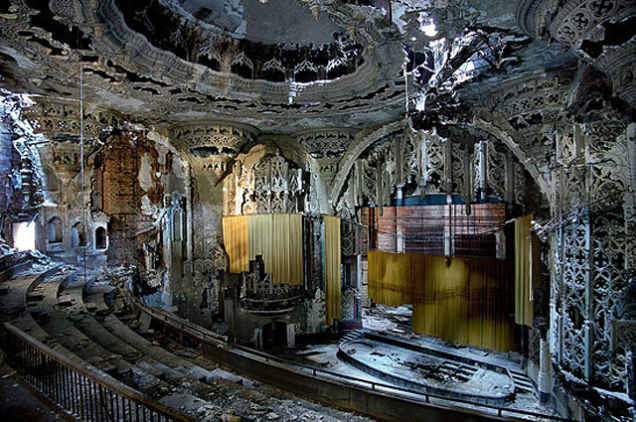 Now: The screen from the balcony. Image by: denverpost.com (recent photo)

And the before and after images circulating are quite striking: 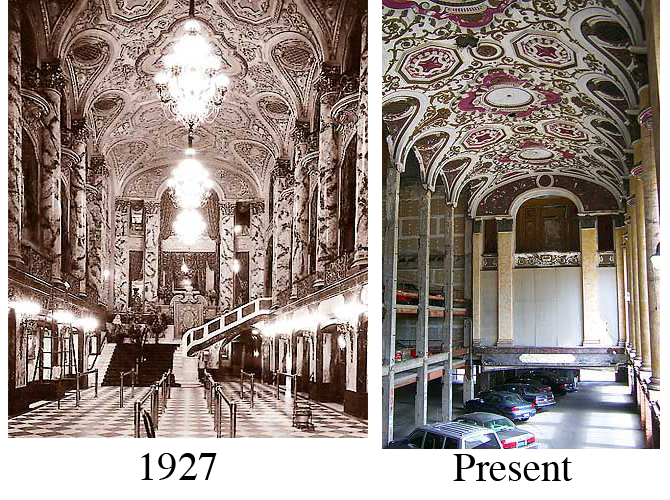 One of the more interesting discussions about this can be found on this Reddit thread in which commentators start suggesting “This must be what it was like to live in the post-Roman Empire areas.” Post-industrial America analogized to post-imperial Rome. Interesting, the only argument I would make is that we may have done a far worse job than the Italians preserving our heritage 🙂