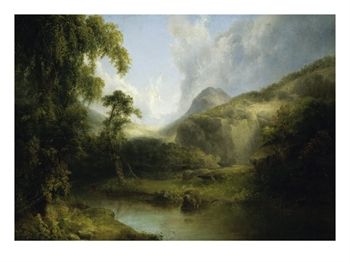 While discussing the limits and possibilites of the current external web hosting experiment at UMW with my colleagues this morning, the issues of narrative and instructional technology once again emerged as a useful way of framing the ongoing conversation about the role of technology within the classroom, as well as the university setting more generally. Issues of scaling the model of bluehost for an enterprise like UMW is a complex and interesting one that will certainly re-emerge on this blog. But I want to take a minute to mull over the generative uses of employing the term narrative as a conceptual lens to foreground the possibilities of “technologies” (to echo Dr William J. Frawley’s talk at UMW today) as a human process of collectively creating and sharing ideas through an intricate and nuanced series of connections.

With such a definition, what happens when we create and share may not take on the resonance of such singular works as Dante’s Inferno or Milton’s Paradise Lost, for such visions gained their place in the canon by the fact that they could speak to certain populations about the far and wide connections they trained and shaped into a grand narrative of Western cultures.

Yet, how is this grand narrative changing within our small (and much less poetic) world of instructional technology? In fact, what is the contemporary status of grand narratives more generally, for their source of power and humanity are often rooted just as deeply in principles of empire, difference, conquest, and other forms of discourse that open these works up to questions that further engender multiple ways of reading, interpreting, critiquing and, quite often, revaluing a given culture’s narrative source of identity. Yet, the process and act of narrativizing our world are the limits of possibilities – for it is through narratives that we can begin to rework, reframe, reconsider and reconstruct the values that we consider dear within a given historical context.

All this to say, the power of stories has not necessarily been lost on me when thinking in overarching questions about the narrative construction of cultures and the power to connect through thematic similiarities, while closely tracing difference. Yet, just yesterday I was listening to Joni Wilson, the landscape facilites manager, discuss the importance of having landscape architects at UMW frame their vision for the campus in terms of a narrative so that the legacy of that vision can be both maintained and reworked – an idea which, given its particlular context of the facilities plant, suggested the power and protean possibilities of this word within our milieu – for we all depend on narratives. While many questions remain – Joni Wilson gave me a big one to consider yesterday – how do I envision instructional technology narratively?

This entry was posted in Uncategorized and tagged instructional technology. Bookmark the permalink.