Web Building at UMW or, Why Shannon Hauser is #4life

It’s been a while since I blogged about the goings on at University of Mary Washington (UMW). This past September marked seven years since I last worked there, which is crazy to even think about. I very much thought I was UMW edtech #4life, but then I met Tim Owens and everything changed. This June Reclaim Hosting will host its 4th bi-annual conference, Reclaim Open, at UMW, which is just in time for our 10th birthday celebration. It’s a welcome return to where it all began, and where my roots still run very deep. 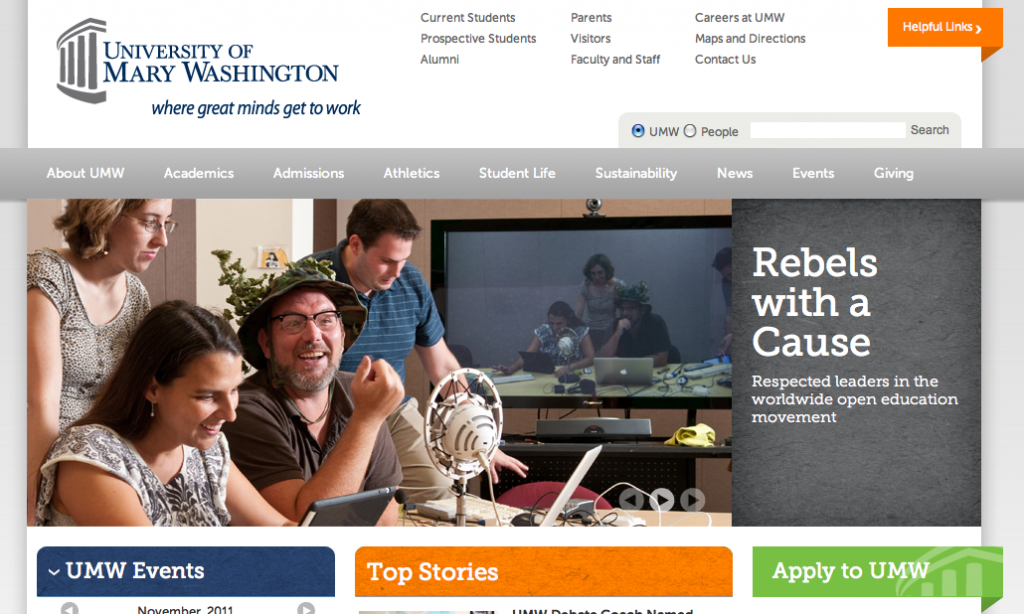 UMW homepage during the heady days of ds106!

And those roots are deeply personal, the thing about the Division of Teaching and Learning Technologies (DTLT) at UMW was we were fortunate enough to have a core that stuck together for over a decade. And I miss their company almost daily. We were colleagues, of course, but we also liked each other a lot. And like any close relations cultivated over time, it wasn’t always easy and far from perfect, but DTLT was family to me and together we did things I’m still ridiculously proud of. There was a grittiness and idealism to that work that remains a gold standard for me. And the DTLT core not only had full-time employees like Jerry Slezak, Martha Burtis, Andy Rush, and Patrick Murray-John—assembled and inspired by Gardner Campbell—but there were student aides that had a big impact on the group’s work: Serena Epstein, Joe McMahon, Joe Calpin, Leigh Ellis (pictured above!), and, of course, Shannon Hauser. 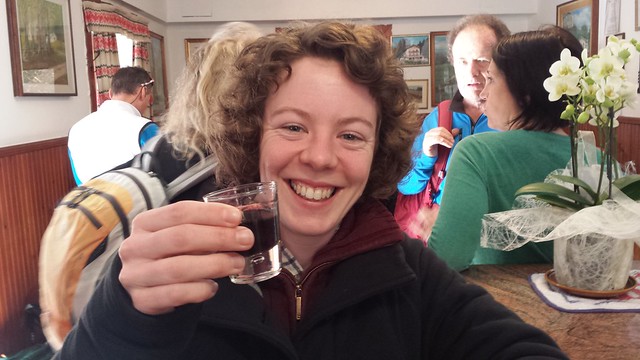 Forgive me, I am tearing up over here, but Shannon came to DTLT still a teenager seemingly determined to think differently about teaching and learning. She was not there to party for 4 years, she was on an intellectual and personal journey that highlights the best side of a 4-year degree. I think she saw something in DTLT that we couldn’t fully see given how close we were to it: a tight, fun team using the available technology to irreverently push back against the prevailing assumptions around teaching and learning, and she was there for that! In fact, Shannon quickly became a fixture in our ramshackle outpost of a bullpen. She was there so much I never knew if she was on or off the clock as a student worker. One of the things I quickly learned about her is she is as reliable as they come—and her commitment to the work and the group was absolute. She brought us together in ways that are hard to fully articulate, but we all came to rely on her for different things in our own lives, and she was always there for us. She was a mensch in the truest sense of that word. Shannon—unlike self-congratulating jack-asses like myself—was not interested in promoting the crucial role she played, she just wanted to be a good colleague and teammate—and that she was and no doubt still is for those lucky enough to work with her at UMW. 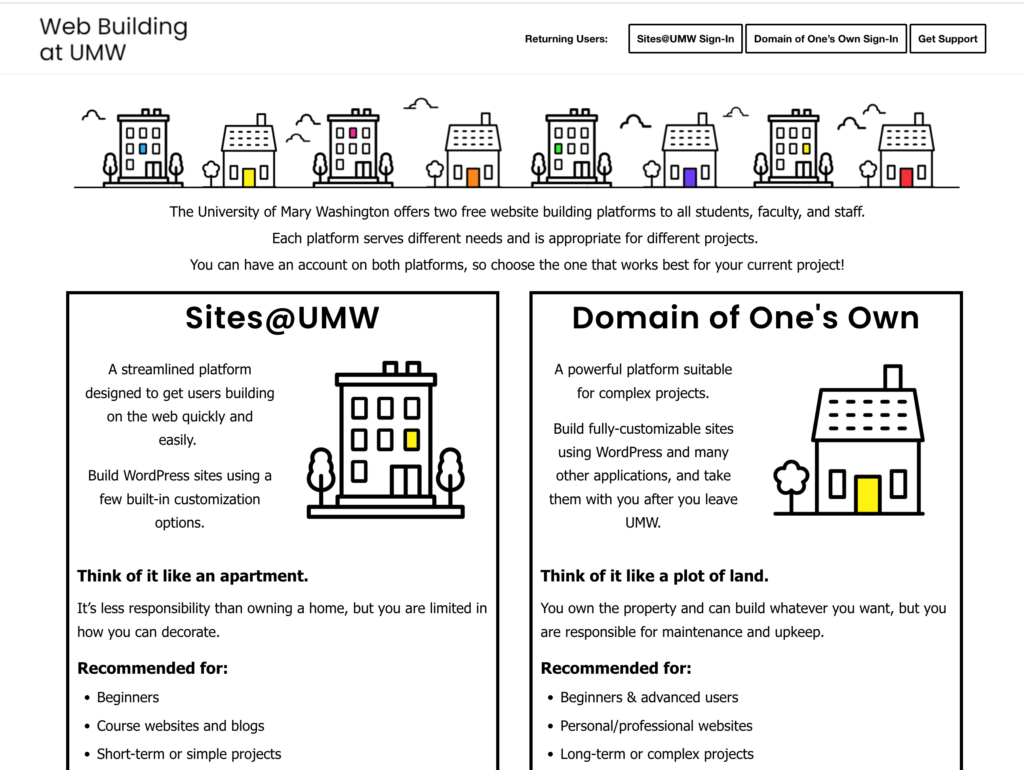 A house or apartment? Each has their benefits and drawbacks 🙂

But 15 years later (at least 10 of those as a full-time employee at UMW between the library and more recently DTLT*), Shannon’s rise as an edtech in the tradition of the very best (cue self-congratulating jack-ass :)) hit me like a diamond through the forehead when Lauren showed me the work Shannon has done to integrate UMW’s Domain of One’s Own with a new WPMS instance UMW Sites. This new design gives folks a choice of where they create their online spaces, and brilliantly articulates the benefits and drawbacks in a clean, concise one-sheeter site. More over, this project allows her group to gracefully retire and archive UMW Blogs, a publishing platform she very much helped to build and promote since 2007. I am really excited about the work Shannon continues to do as an edtech at UMW, and it’s a beautiful thing to witness her stepping out of the shadows to claim her UMW Edtech #4life mantle! The real question for me now is, what would Shannon Hauser do? (WWSHD). I am a big fan, shauser, and there ain’t no love like the bava blog love!

*I know it has a different acronym now, but it’s always DTLT to me.

10 Responses to Web Building at UMW or, Why Shannon Hauser is #4life