Here is a wild example of how writing out in the open can lead to crazy things, like, for example, being read by a whole lot of people. This past weekend I read this post about an existential Garfield strip that ran back in October of 1989. It was written by a student (the great Judges!) in professor Zach Whalen’s Graphic Novels class here at Mary Washington, and I was nothing short of blown away by how precise and intelligent the analysis of the comic strip was. So, being excited about the post I tweeted it so that others might share in the joy. 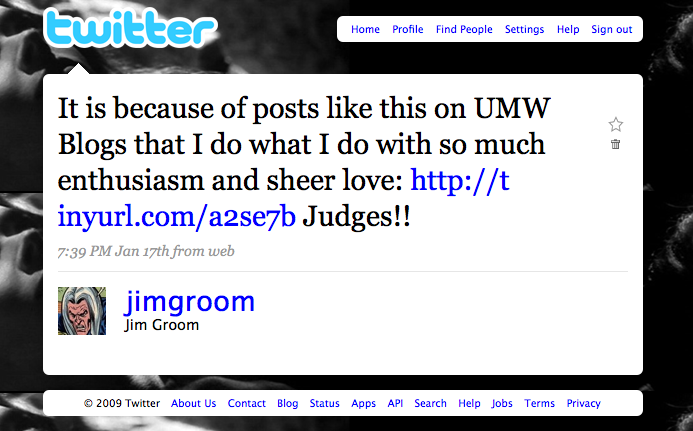 I imagined a few people might read the post and begin to realize how powerful the ability to share this stuff out is, and how cool it is to be able to feature great work from UMW through these publishing tools. I didn’t think too much about it after wards, but when talking to Zach at ELI just a few days later he noted that the post had almost 6,000 hits in less than two day. What! Seems like someone must have picked up my tweet, or Zach’s response tweet, and submitted it to Reddit.com, and some other user-generated news sites, and soon enough this post became widely read by thousands of people. Let me say that again, this student’s work became widely read by thousands of people! 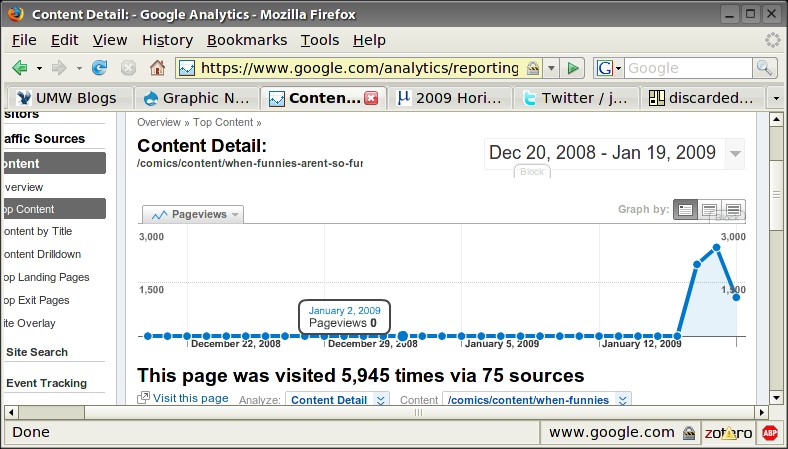 Let there be no mistake about it, what we are doing with UMW Blogs (professor Whalen’s course is actually run in his own Drupal install we are feeding into UMW Blogs, we have eduglu! but more on this anon) is echoing far and wide through the internet. Our students are being read, and their ideas are being heard, and when they write they do it for an audience far bigger than their classmates.