A childhood without proof

I’m the sixth kid of a family of seven. So, by the time I came along the idea of some kind of a photo archive for me was pretty much out the window. When I turned either eleven or twelve years old I went on a mad hunt tearing apart our attic looking for baby images of myself—searching for any physical proof that I was once a child. I turned up only one solitary image of me at the age of two. So, for the first half of my life at that time I had only one image of myself as a child…one! At least until this evening when my next-door neighbor from Baldwin, Long Island tagged me in an image she posted on Facebook. She figured I was about 4 years old— the same age my son is now—and it’s wildly fun to impose the resemblance in appearance and mannerism interpreted from this artifact upon Miles. 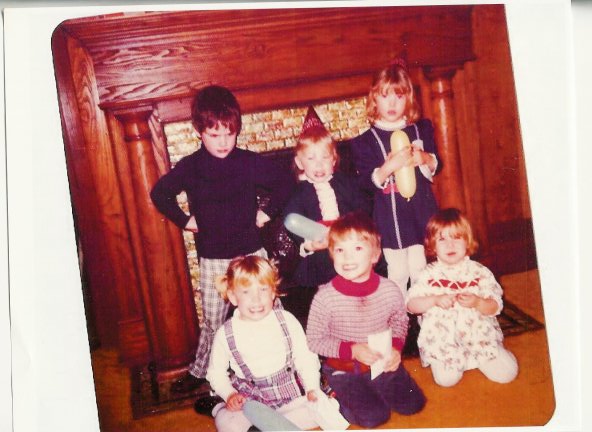 The baby bava can be found in the bottom row, middle

Here’s to you Facebook, I don’t know if I love you, but a twelve year old I once knew hadn’t counted on you twenty five years ago, and my mother sure as hell would have been spared some adolescent angst had we known you would be so damn good at connecting people with their past.

19 Responses to A childhood without proof