Earlier this week I started a new radio show titled “Algorythmic Radio” on ds106radio. I plan on doing one or two shows a week until I get tired of it. I have no real reason beyond the fact that I wanted to push myself to get back on the radio more regularly, and given I spent a fair amount of time letting Apple Music tell me what to listen to, I decided to turn that into a show. The concept is simple, take tracks from a recommended playlist Apple Music provides and play selected songs and provide commentary. I was inspired by Audrey’s “I Love My Label”  talk at Davidson College over a year ago wherein she talks about the cultural implications of the move to digital music:

Indeed, the move to digital music provides new opportunities for data collection and data mining. No one – well, except my parents, I guess – knew how many times I played that 45 of Autograph’s “Turn Up the Radio,” how many times I rewound the cassette to replay Guns & Roses’ “Welcome to the Jungle.” But now the software knows – and remember, whether we stream music or download it, we don’t own this music; we’ve just paid for a license to play it. When we sign the Terms of Use for music services, we likely sign away our ability to keep private what we’re listening to, where we’re listening to it. Sometimes we volunteer even more metadata, labeling our playlists things like “breakup songs 2011” or “super productive writing music” or “best bicycling tunes” or “feeling low.”

So given I have been leasing my music and teaching the machine to teach me what I like, I figured it might be interesting to document this over time.  I am starting with the year-based algorythmically recommended lists, but have more than enough space to branch out. I started with 1987 because I was fairly impressed with the list them gave me: 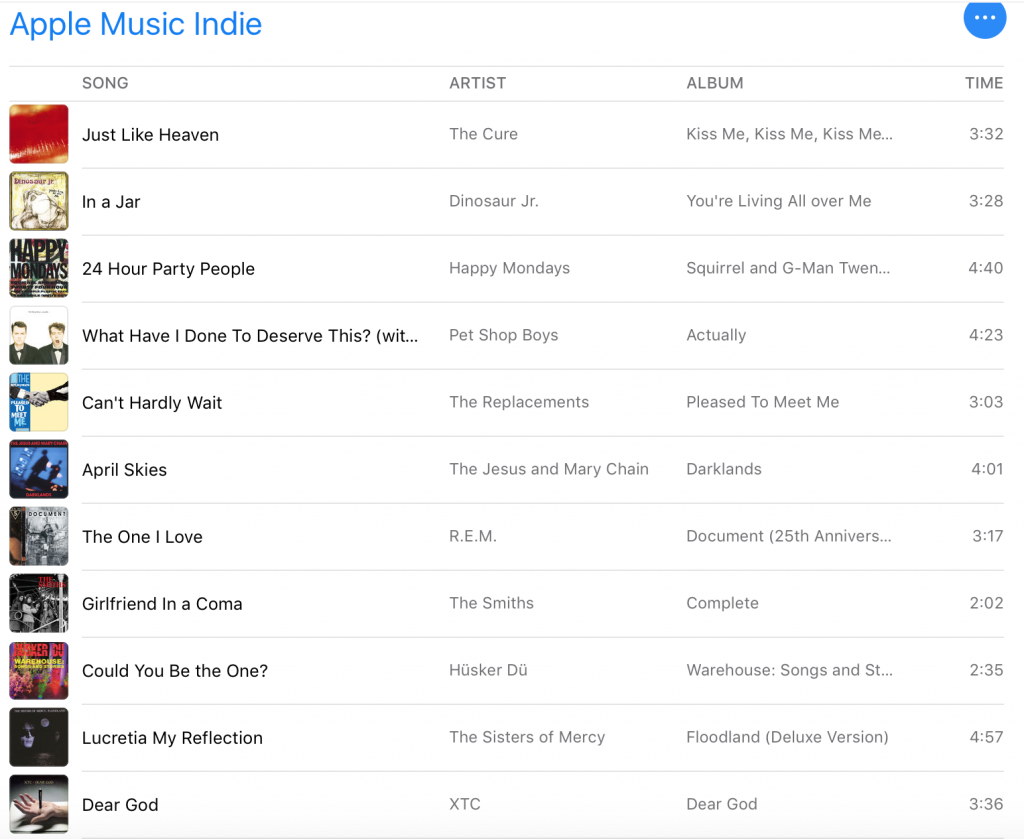 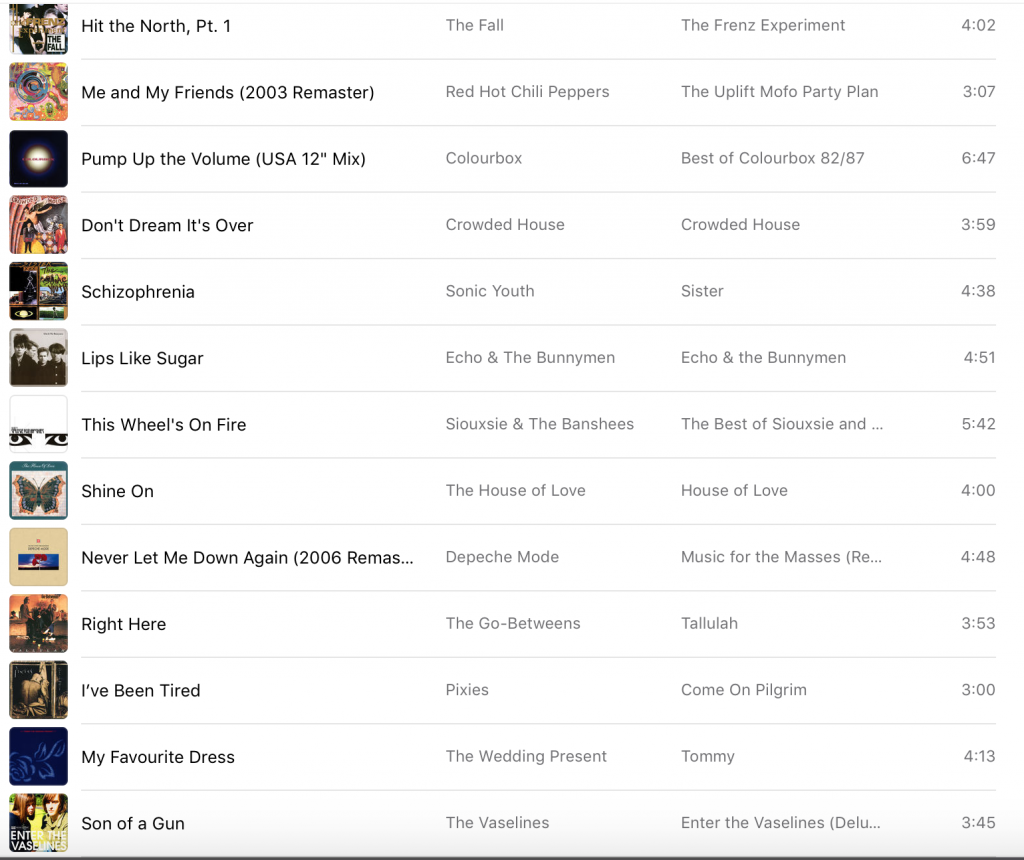 So I spent the ensuing hour playing selected songs from the list, my choices for the show were as follows:

There are a few gems in there, and I certainly like all of these songs. But, as usual, the coolest part of the show was driven by one of two known listeners, namely David Kernohan and Paul Bond.  As I was playing the songs I clicked over to Wikipedia’s 1987 in Music page and starting reading out some fun facts, such as….

The The Justified Ancients of Mu Mu was new to me, but Kernohan was well aware of this avante-garde electronic music act of the 80s, and turned me on to The KLF. Thanks to the web, the best of online usually happens both because and in spite of the algorythms that everywhere shape our culture. Listen to the whole show weighing in at over an hour below: