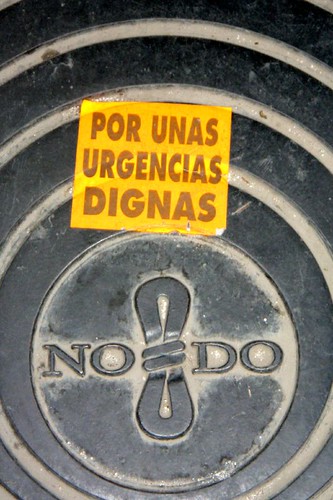 It’s a great honor to have been invited to talk at the Third Congress of Blogfesores in Mayaguez, Puerto Rico, this Friday, May 8th. I’ve been following the work of a number of people in Puerto Rico for a while now, particularly Mario Núñez (a fellow early WPMu experimenter) and Antonio Vantaggiato , both of whom I think were instrumental in bringing a ne’er-do -ell like me down there—so thank you!

What has got me really excited about this opportunity is just how dedicated this group is to open access. They have been pushing hard for opening up the work they are doing at a wide-range of universities through a organized movement of professors and librarians who truly believe the web can help transform and further democratize the process of teaching and learning, as well as the larger vision of society on the whole. I need to be around people like this right now, and I am thrilled to go down there and see how they have organized and pushed forward with a “Declaration of Openness” that outlines and asserts so many of the ideas I fundamentally believe in.

My talk will focus on the transformative power of “transgressive subcultural movements” (just like the blogfesores) to push for open access and transparency in education. On how the time for pushing forward with a more open and political platform is nigh (a great argument for which was made in a recent post on the P2P Foundation website). I will be stealing liberally from Brian Lamb’s amazing presentation “What works?”, and bringing my obsession with syndication and the flow of open publishing in something like UMW Blogs to an hysterical crescendo. I have titled the talk “Re-thinking Publishing: The Revolution Will be Syndicated,” and I plan on focusing specifically on the logic of publishing with these open tools as a cheap, powerful way of realizing the many of the goals set out in the blogfesores declaration from last year. The only thing that scares me is that many of them know all of this already because Mario and others have been doing just this with EduBlogs RUM for over two years (Mario and I actually came into contact while we were both trying to figure out our own blogging platforms independently). So, as is usually the case, I’ll probably get more than I give—which works for me 🙂

And as Antonio notes, it is going to be one hell of a month for Web 2.0 in Puerto Rico, first stop Blogfesores 2009 and then the heavy guns like Michael Wesch and Daniel Altschuler will be showing up for the Ciencias & Web 2.0: un diálogo. Let there be no question that there is a vibrant, vocal, and dedicated open access community in Puerto Rico that we need to be paying attention to and learning from, and I have the distinct fortune of being able to do that first hand in just a few days—how cool is that?!