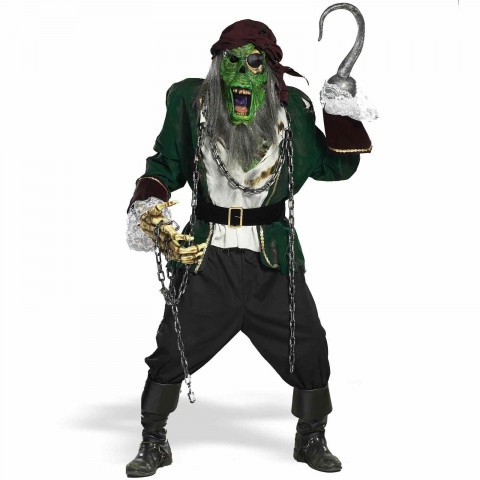 I’ve had an idea brewing for a little while, and I think I might finally try and act on it.  I have missed the classroom a bit recently, but not so much the physical space and grading and all that.  But just the organization of a series of texts and ideas around a more coherent theme. So, I just commented on Philipp Schmidt’s Sharing Nicely about a course for P2P University. The course would center around the history of pirates, zombies, and our current explosion of these two figures as popular, iconic metaphors for the read/write web. I’m fascinated by the moment of 1710-1726, often referred to as the Golden Age of Piracy, as a lens for thinking about the current economic and cultural convulsions we’re going through at the hands of the internet. I’ll blog more about by reading of Marcus Rediker’s Villians of All Nations shortly, but the idea was to trace the cultural history of Pirates and Zombies (particularly through a historical/literary exploration of colonization, the slave-trade, and the merchant-marine economy in the Americas of 18th and 19th centuries) as a way to think through copyright, intellectual property, and piracy in our current moment. It would be a blast to read and think through this somewhat methodically, and it would be a course dedicated towards thinking critically about the cultural, legal, literary, and economic forces at work currently as the relate to the history of nation-building, capital, and empire. But I imagine any projects emerging from such an experiment will focused on how to re-imagine and re-present the conversations though a wide range of modes and media both individually and/or collaboratively produced (hence the artistic/creative element of the course).

I’m currently working on the syllabus, and I’ll actually be reading and writing about the idea all Summer. If P2P University likes the idea as a kind of exploration of the possibilities, I will try and bring some of the Connectivism logic and UMW Blogs mojo to the course. And if they don’t I’ll just blog it regularly here (which, in truth, will actually happen either way 🙂 ). I guess the attraction is having some loosely structured space to interact and discuss something other than technology through technology as well as to build on the work Gardner Campbell has always dowe with his courses, and thinking about the institutionally un-anchored logic behind what Stephen Downes and George Siemens have done with the Connectivism course (and while it was hosted through the University of Manitoba, it seemed to be a rather distinct entity somehow outside of any specific institutional association).

Moreover, I’m kinda tired of always blogging about the tools and the possibilities, I think it’s high time for me to return to a closer look at what is emerging in our culture through, not of, these tools—the need for a critical, cultural studies reading of all this stuff is quite appealing, especially by way of pirates and zombies 🙂