Galaxian gets T-Molding, Wheels and a Good Clean-up 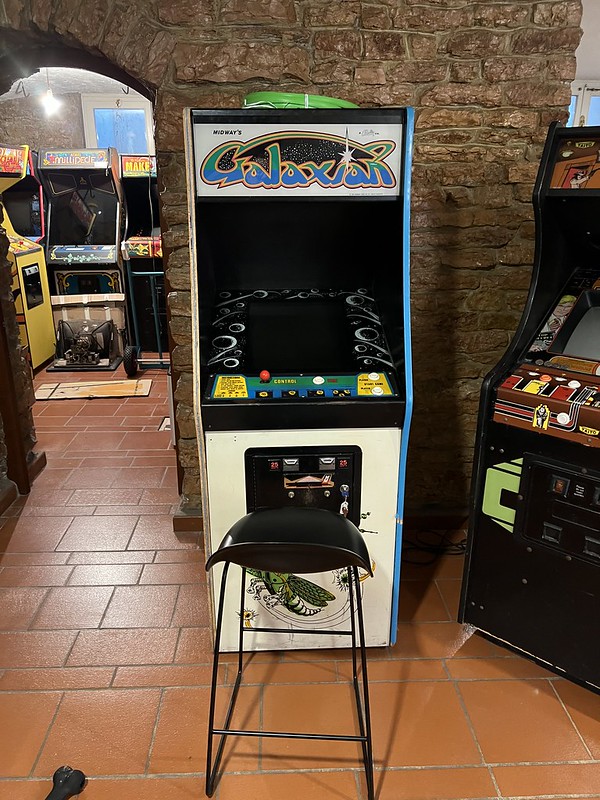 I have a couple of video games that are undergoing full cabinet restoration work, namely Moon Patrol and Venture, and they should be finished up before Christmas. But being the paragon of efficiency that I am,  I squeezed in a third quick refurbishing project of the Galaxian cabinet. This was not nearly extensive as the other two projects, and was born of my trying to quickly remove the pale blue T-molding in order to replace it with lime green, which is what I remember as the original trim finish.* 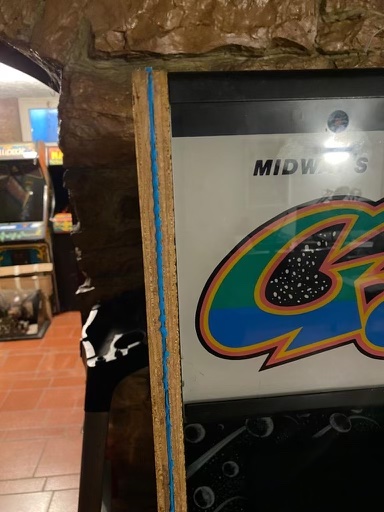 Galaxian cabinet with glued in T-molding

When I started to remove the T-molding I learned it was glued in, and what was previosuly a presentable game quick became rough around the edges, literally. 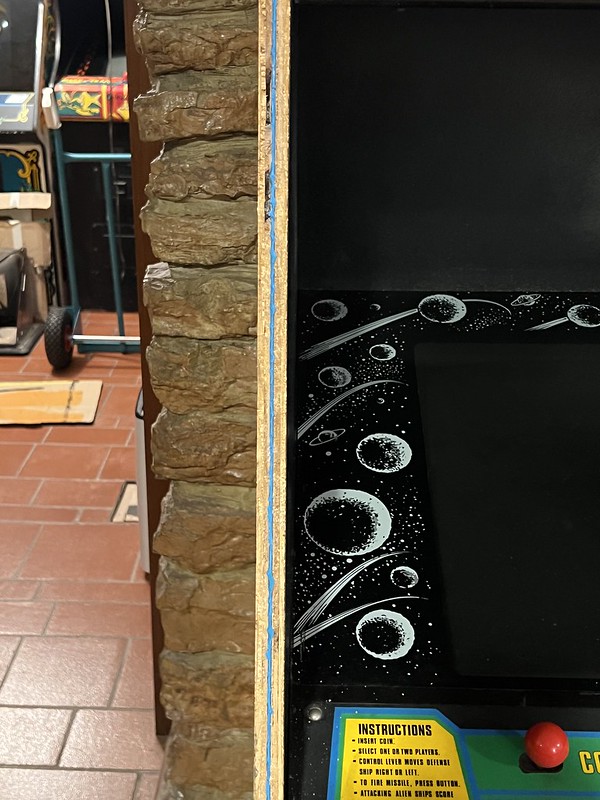 Now I understand why you never want to glue T-molding, taking it out was becoming next to impossible without chewing up the edges, which would only make things worse. So I stopped and brought in the professionals, namely Alberto!

Alberto took a look and told me he has a router tool with a saw-like blade he can adjust to cut out the old T-molding and replace it with the lime green beauty. I was more than happy to let him work his magic, and  he did!

And with that the new T-molding was installed: 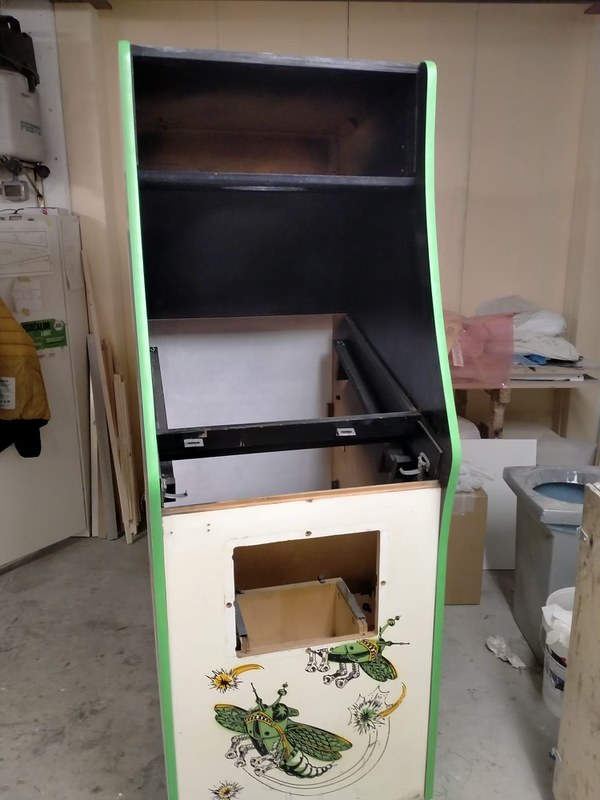 And while he had it in his workshop I asked him to put in on wheels (they’re proving to be absolutely clutch in the bavacade) that can be hidden behind an added base made of 2x4s: 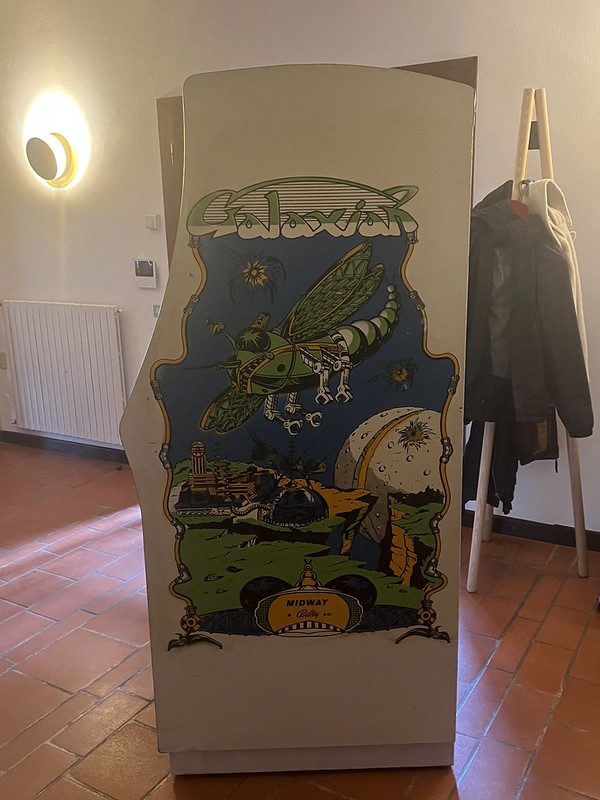 He also did a nice job cleaning-up on the cabinet overall, in addition to repairing the side of the coin box: 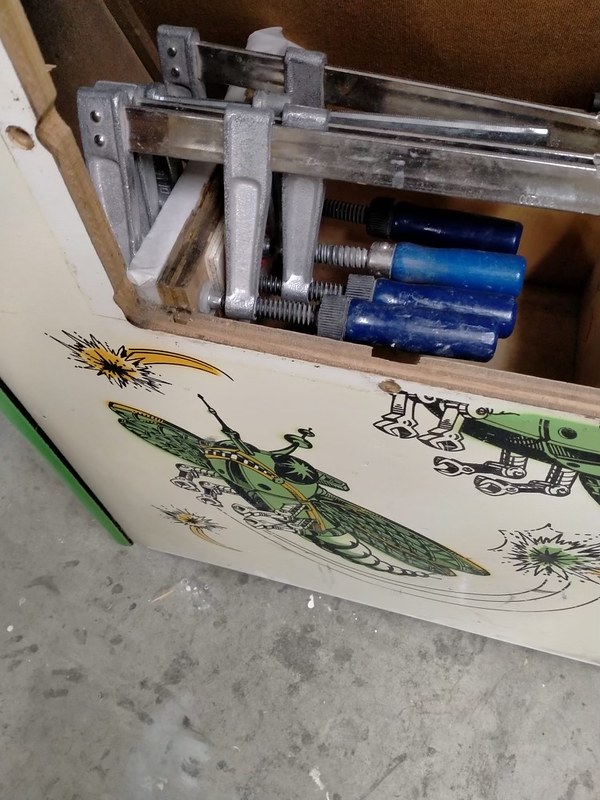 This Galaxian was already in good shape, but now it’s just about mint. I have the original feet should someone want to remove the added base and replace the wheels in the future, but I plan on getting every game I have on wheels at some point, it just makes moving these things around that much easier. 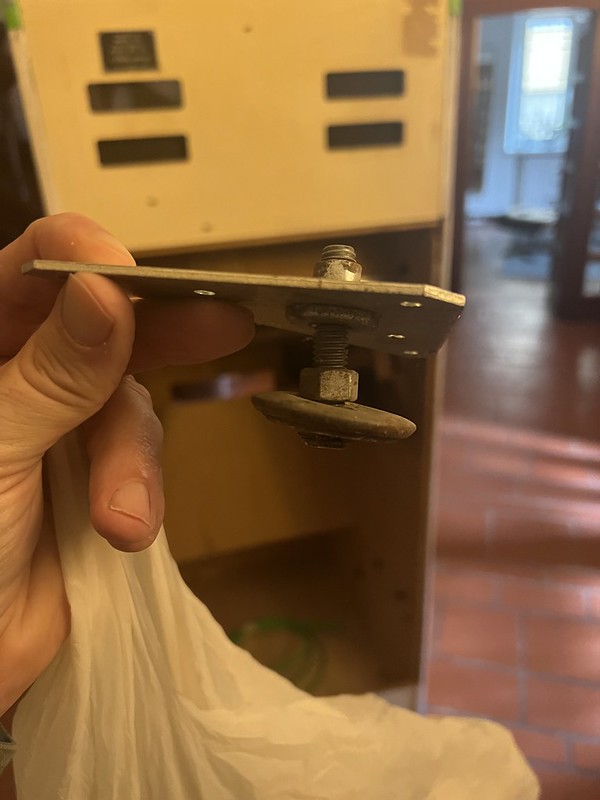 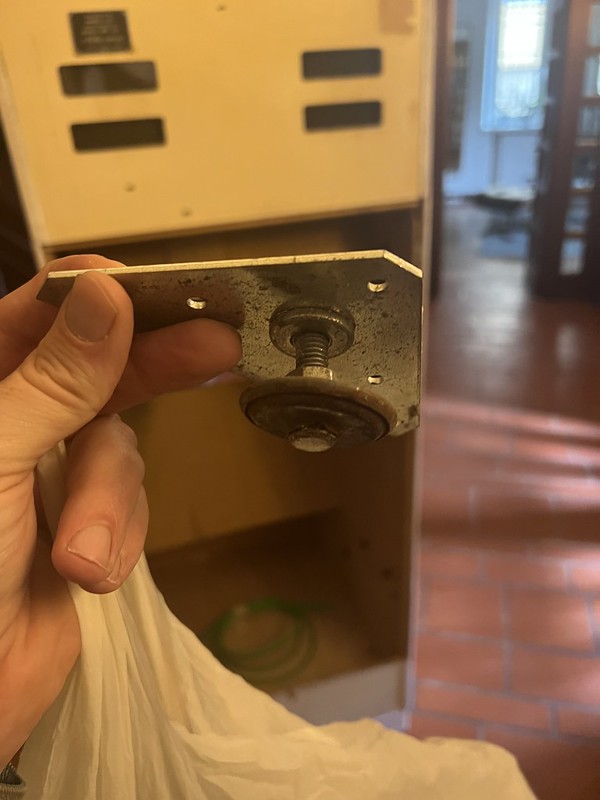 And after putting it all back together in a couple of hours, I now have it in the foyer alongside Dig Dug, Pac-man, and Donkey Kong Jr. Quite a classic line-up! 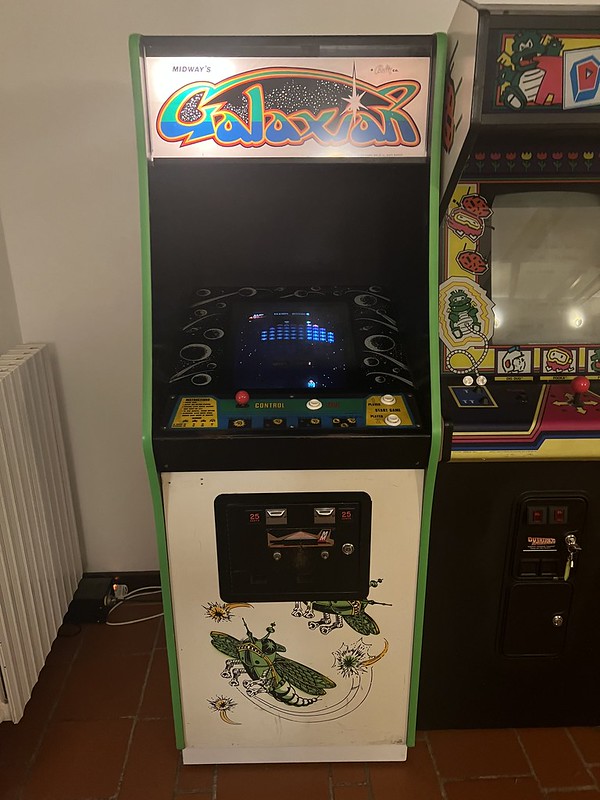 *Although I imagine it may have had more than one color given the immense popularity of the game.

1 Response to Galaxian gets T-Molding, Wheels and a Good Clean-up