I dwell in possibility 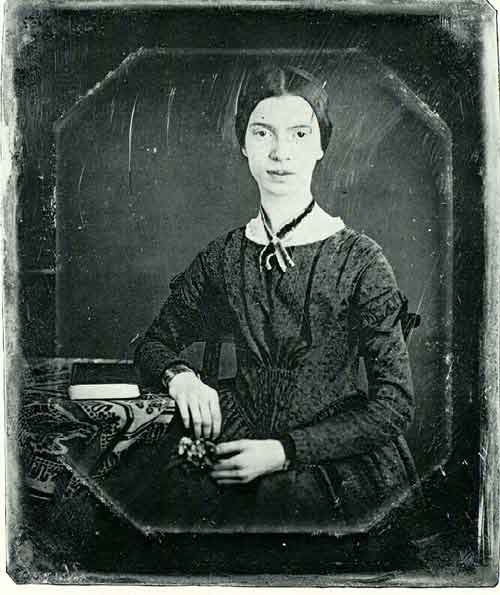 Last night I had the good fortune to sit in on a lecture about Emily Dickinson at UMW delivered by Claudia Emerson. The talk was part of the Great Lives series -the title and theme of such a lecture series on the biographical history of genius (or “greatness”) is not necessarily the most appealing to my sensibilities. Intellectual history can often be misappropriated as a “great man” theory of the past as well as a rationale for problematic vanguard, elite politics. That being said, the talk last night opened up some amazing possibilities for framing some of the ideas on that have been emerging through the edtech blogosphere as of late.

To begin, Chris Lotte posted an amazing bit here about the “resurgence of the humanities” and philosophy into the discussion of educational technology. Granted my own background as a humanities-phile biases me, I have to say that his sentiments really resonate with my own intense attraction to this field:

I also enjoyed the resurgence of the humanitiesâ€“ and philosophyâ€“ into the discussion. I believe more than ever that we are in the middle of a culture-change that is on par with the emergence of science and rationalist thinking and then the industrial revolution and mechanical apparatus. Orienting ourselves to this radically changing environment in which we will have ubiquitous smart objects, ambient networking, promiscuous presence demands rethinking the very foundation of our thought and approach to the divide and connections between us and the world.

The idea of orienting ourselves within a radically changing moment frames the importance, if not necessity, of capturing and reflecting upon the poetry of the medium. The short, lyrical ideas that are born from sharing and thinking about these concerns together. Prof Emerson did a masterful job of dispelling the myth of insanity surrounding the figure of Dickinson and her work, while simultaneously examining her particular space (literally and figuratively) as a woman within late nineteenth-century New England.

An extremely generative conceit Emerson used to describe Dickinson’s isolation was the idea of “removes.” Mary Rowlandson’s foundational The Narrative of the Captivity and the Restoration of Mrs. Mary Rowlandson (1682) is framed by twenty removes at the hands of the Native Americans that place her, to quote the Narrative, “into the vast and desolate wilderness.” This powerful metaphor of a simultaneously physical and psychological journey into the space of the vast unknown seems entirely appropriate to Dickinson. Dickinson intense meditations on the simultaneously “vast and desolate wilderness” of consciousness that frame the relationship amongst her own removes (being “motherless,” husbandless, childless, and godless), the historical moment she lived in, and the immensely powerful legacy of her artistic vision.

Nonetheless, despite the best attempts to explain her life through the poetry or the poetry through her life -the words are on the pages within the fascicles as a relational sequence of lyrical poetry that simultaneously fosters, conceals, and agitates the possibility of meanings. Poetry is something akin to, and more than, philosophy -as “my special lady friend” Antonella points out beautifully- for before the aristotelian focus on logic and reason there was a space amongst the pre-Socratic poets for an alternative vision for the possibility of language -and by extension reason, logic, and laws (sometimes there’s nothing like a classical education at an Italian Lyceo!).

All this to say, Stephen Downes frames what he is working on through the lens of Wittgenstein (that is my reading -he may very well disagree with my emphasis) and Brian Lamb soulfully muses on the “Disintegrated thoughts on content integration and remix” -I echo Chris Lotte’s celebration of the resurgence of the humanities in the conversation about edtech. The problems of language (specifically the complex and ambiguous space of accurately relating words to meaning) we face when approaching eduglu can learn much from the precise and economical lyrical poem of Dickinson that is both shrouded and illuminated by uncertainty, discomfort, and ambiguity. Our greatest asset is sustaining the creative and imaginative energy that enables us all to continually “dwell in possibility.” Poetry may very well be that manna!

6 Responses to I dwell in possibility