A few folks have asked me the easiest way to get on ds106radio, so I figured I would document the setup I am currently stealing from Tim Owens—surprise, surprise 🙂 He shared his Loopback setup, which is a paid application ($99) that only works with Mac OS, so not only does it cost $$$ but it’s platform specific to boot—apologies to all the Windows and Linux folks out there. If you have a Mac but Loopback is too steep, you can try Audio Hijack which is $59. If you have no desire to spend money at all, I’ve been broadcasting on the setup Alan Levine shared a number of years ago and it’s working for me pretty well. 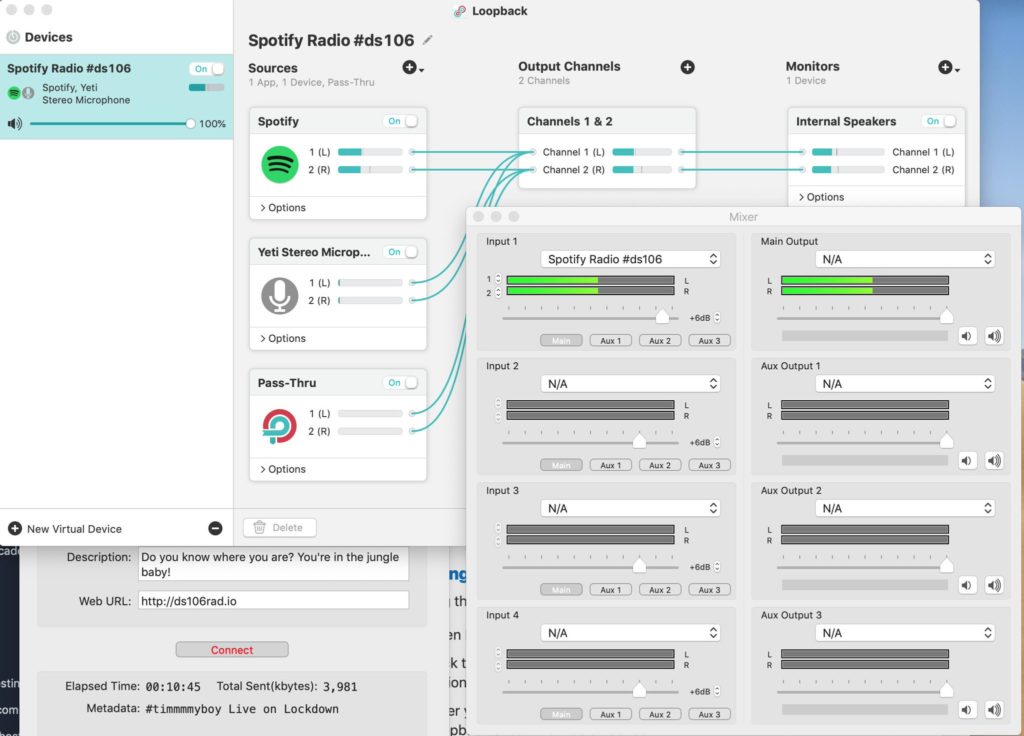 This is the setup Tim Owens shared on Twitter this weekend, and I used it to create my own setup. I am happy to report Loopback is super simple. It effectively takes a variety of audio inputs and wires them together so that they’re a single output that you can broadcast to the radio using Ladiocast, which is the “Mixer” window above with the Input 1 area that is the Spotify Radio virtual audio device Tim created wiring his mic and Spotify together using Loopback. Ladiocast is a Mac app used for streaming to the Icecast server, and I am including those details in the screencast below: 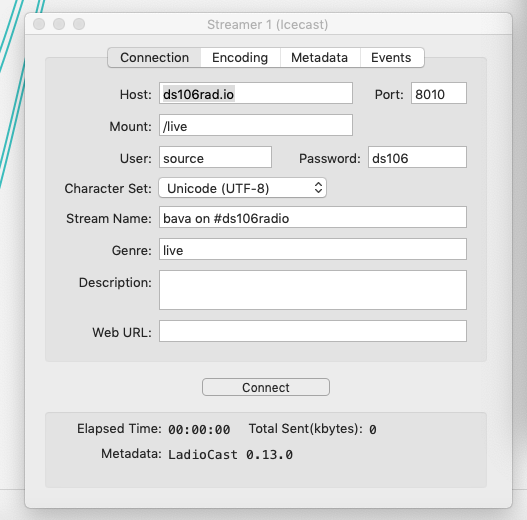 Also, in the Encoding tab your settings should look something like this. I am trying out 128 Bit rate today, but mine was previously 48, so we’ll see how that works: 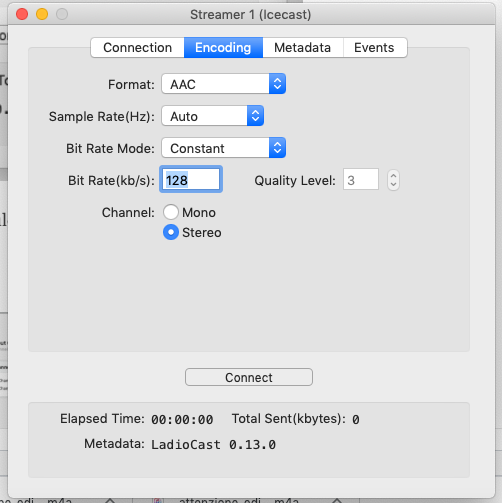 So, the settings above for Ladiocast which you will only be using in this setup to stream, and your Mixer from Ladiocast should look like Tim’s above, or mine below—essentially one input pulling in the Loopback virtual device you created: 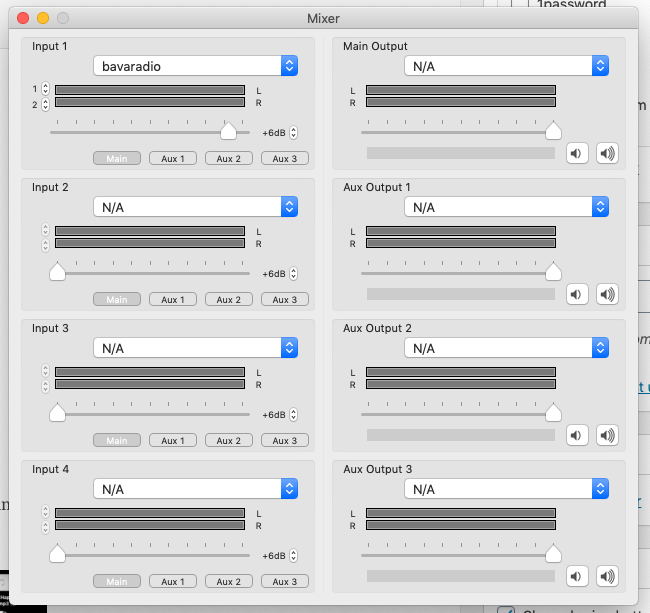 Finally, here is a look at my bavaradio setup in Loopback that I will be trying out for the first time in a bit. Like time I have added muliple sources: iTunes, my microphone, Skype for call-in radio, and the USB Audio Codec is my turntable. So I have a few things going in column 1 (iTunes, mic, turntable, and Skype),that are all routing into my system’s output channels that are essentially the bavaradio device in Output Channels, or the second column. Monitoring (or the third column) is where I can listen to the device to make sure everything is coming in loud and clear. You’ll notice each source (iTunes, microphone, turntable, and Skype) has an on/off toggle and an options area for controlling the volume level. 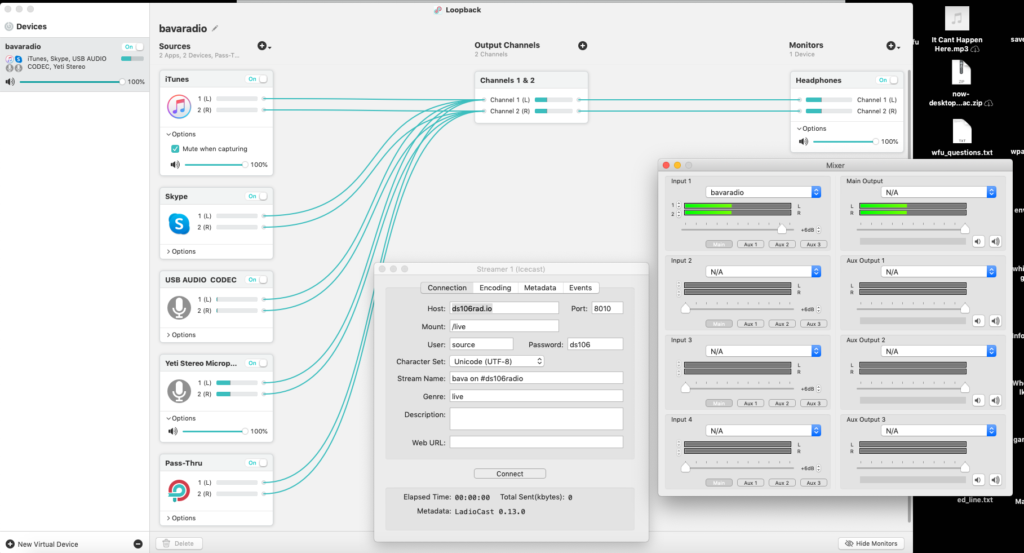 I think the next level would be getting a mixer integrated in order to more efficiently control levels and fade between source. Scottlo and Grant Potter recommend Mixxx.org (which is not exclusive to Mac and open source), so that might be the next step if this works cleanly.

This entry was posted in ds106radio and tagged audio, ds106radio, loopback, radio. Bookmark the permalink.

3 Responses to Loopback How-to for ds106radio