Before this get subsumed into the black hole that is Twitter’s timeline, I just wanted to leave a trace of the real Mark Hammil liking one of my tweets. I know it is shameless, and even more given that I stopped being impressed by that franchise since The Empire Strikes Back (1980)—and more recently I’ve begun to actively resent it.  That said, few events in my childhood were more impactful on my young imagination than Star Wars (1977). Sitting in a theater during the 1970s watching a young Luke Skywalker dodge a Tuscan Raider’s gaffi stick blew my mind. Luke was my boyhood hero from about 1977 through the early 80s, some pretty formative years. So, it was not nothing when Mark Hamill liked a Tweet of mine—who needs paparazzi when you have Twitter?

Sorry to admit it's REAL. (Seemed funny at the time… what was I thinking'?) #BeatTheDealers #BadGag https://t.co/plKF9hGaPD

But probably more interesting to folks is the conditions through which this happened. Through a random Retweet in my stream I discovered that Mark Hammil was using Twitter to confirm the authenticity of various autographs people had from him on their Star Wars collectibles with the hashtag #beatthedealers. That is a wild enough use of twitter I hadn’t considered, but what pushed me to Tweet about it was some of Hamill’s hysterical autographs: 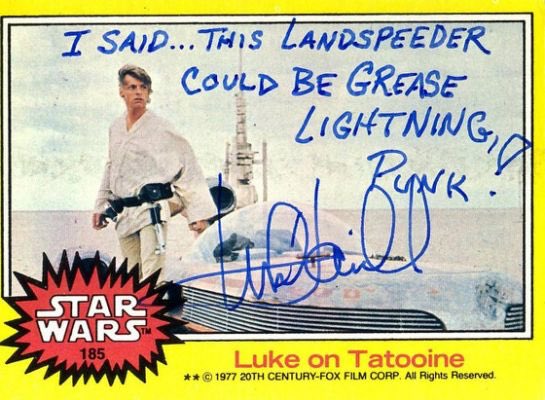 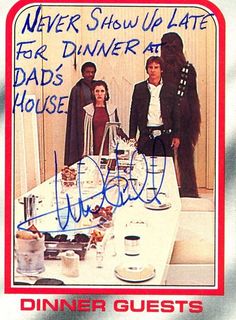 Or my very favorite this one: 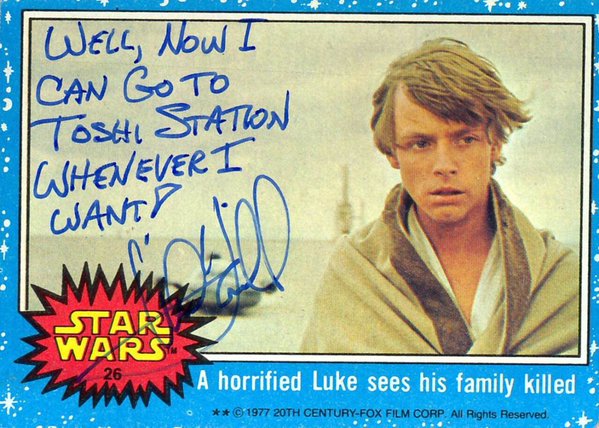 This might all be part of the behemoth marketing event that is the Star Wars franchise, but for a moment Luke Skywalker seemed real to me again thanks to Twitter. Hamill seemed to be enjoying the moment, throwing a ton of fans some love, and reaffirming for me yet again that we live in bizarre times. What’s more, it didn’t hurt my own dad cred when I showed my kids that Luke Skywalker liked my tweet. They almost listened to me on that day 🙂