Last night I had a moment, and it was awesome!

227,455 – turns out the Phoenix Easter egg wherein you shoot four or five ascending birds to get 200k points + a free guy is true! #yeah! pic.twitter.com/IKwOSrqcTH

As I was playing Phoenix in my foyer, as I am wont to do after work, and something happened I thought I might have hallucinated from my quarter-stealing days in Baldwin, Long Island happened: as the birds were ascending on the second lap of my second run through the game’s stock 4 stages I shot three or four birds in quick succession and was awarded 200,000 points and a second free guy (I believe I already got the first). It was amazing! 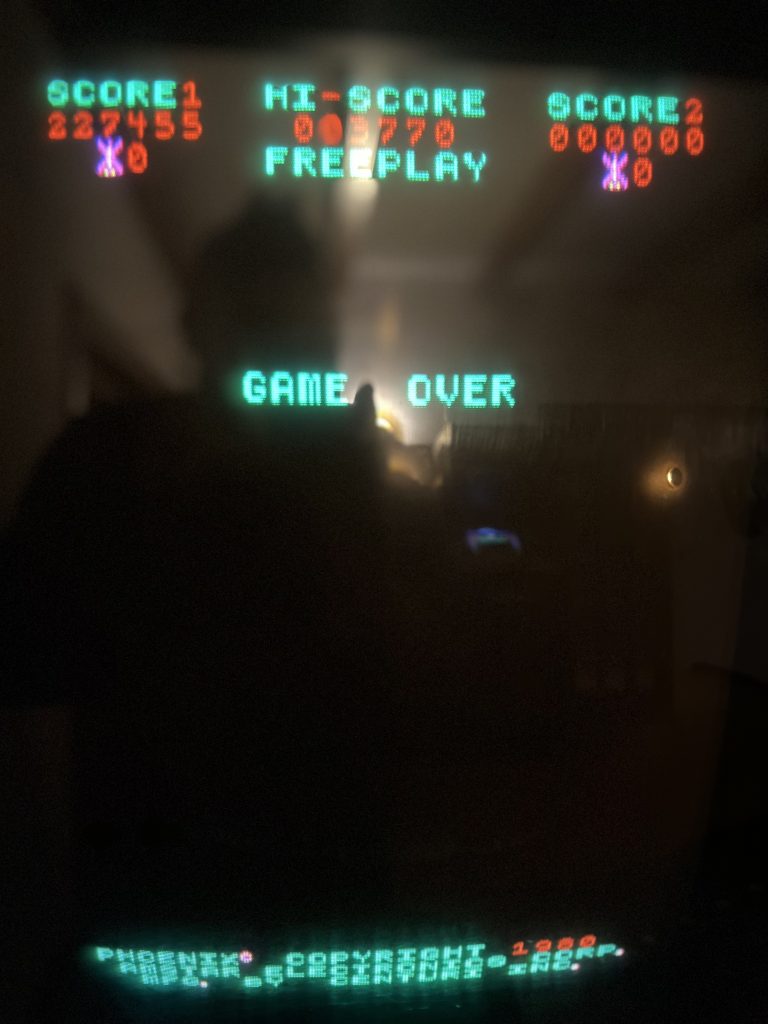 I vaguely remembered this was a possibility, but at the same time thought it may have been some kind of 80s video game lore akin to the 13th level in the “Bishop of Battle” episode of Nightmares. Turns out it is true, and it is even documented in the games’s Wikipedia article as a bug:

When the player shoots three birdlike enemies in a row very quickly as they fly upwards, the total score is set to a value in the vicinity of 204,000 points.[17]

Bug or Easter egg? Either way it marks a new high score for me on Phoenix, blowing away my previous 65,610, which to be fair was still my best game to date. Maybe another screenshot of the new hi score is in order 🙂 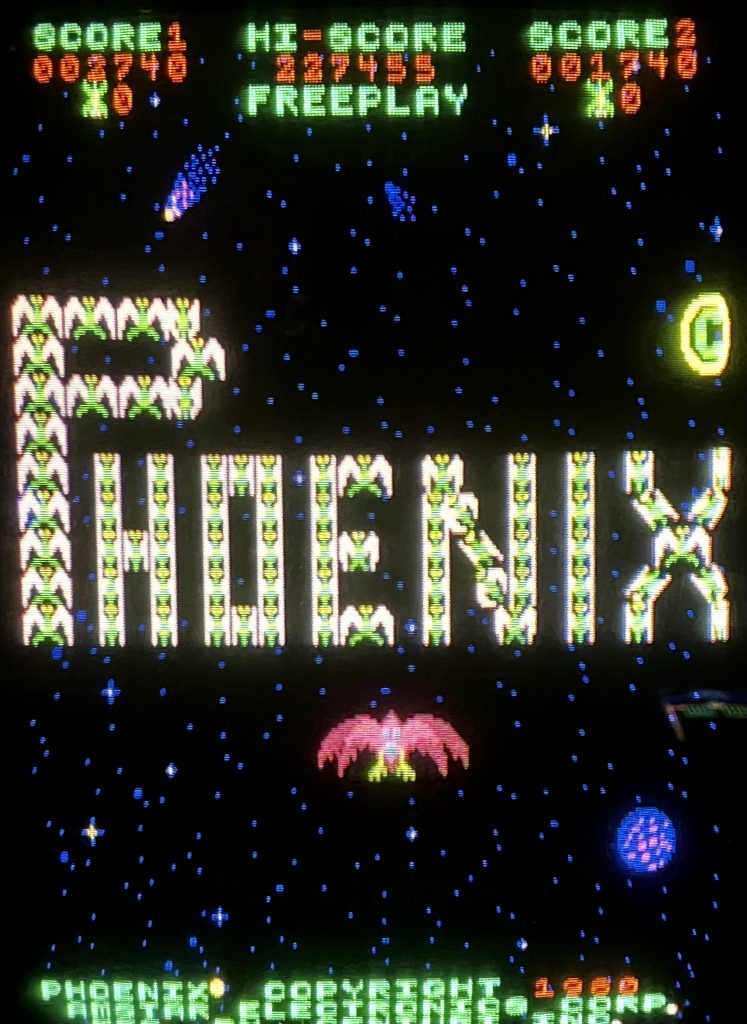 How about another for posterity? 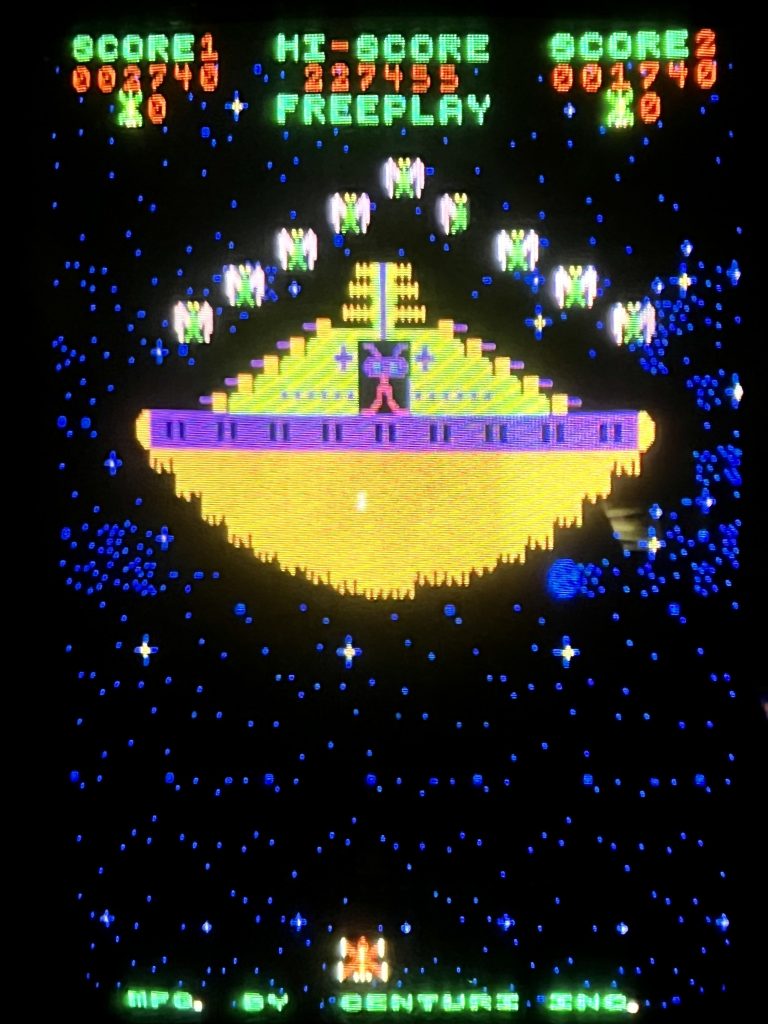 I kid. But while I do have a freeplay chip for Phoenix I installed recently, I don’t have a hi-score save kit for Phoenix. That means this score vanished after I turned it off, but thanks to a brilliant KLOV community member in the UK a custom hi-score save kit is being made for my Phoenix as I write this. I hope I can reproduce this “bug” and maybe even get to 300K?! One can still dream after 50, right?

This entry was posted in bavacade, bavarcade and tagged bavacade, hi-score, Phoenix. Bookmark the permalink.