This week I mustered up the courage to try replacing chips on game boards and soldering sockets. This was fairly new territory for me, but I’ve been watching Tim work (as well as many Youtube videos) and taking notes, so it was time to take the leap. I started small and easy with simply replacing a couple of ROMs on my Phoenix PCB game board to add the freeplay functionality thanks to Jeff’s Romhack. 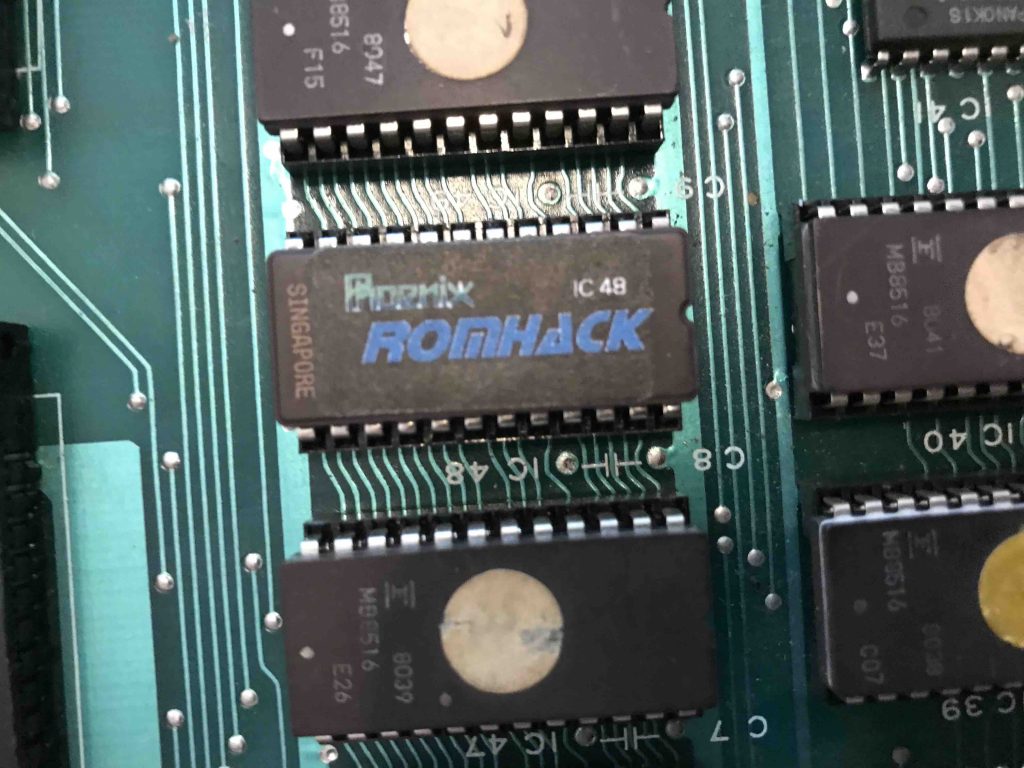 I have to admit this was fairly easy, I just had to carefully remove two socketed ROMs numbered 45 and 48, and then be sure to replace them with the modified ROMs making sure the notch was aligned the right way. 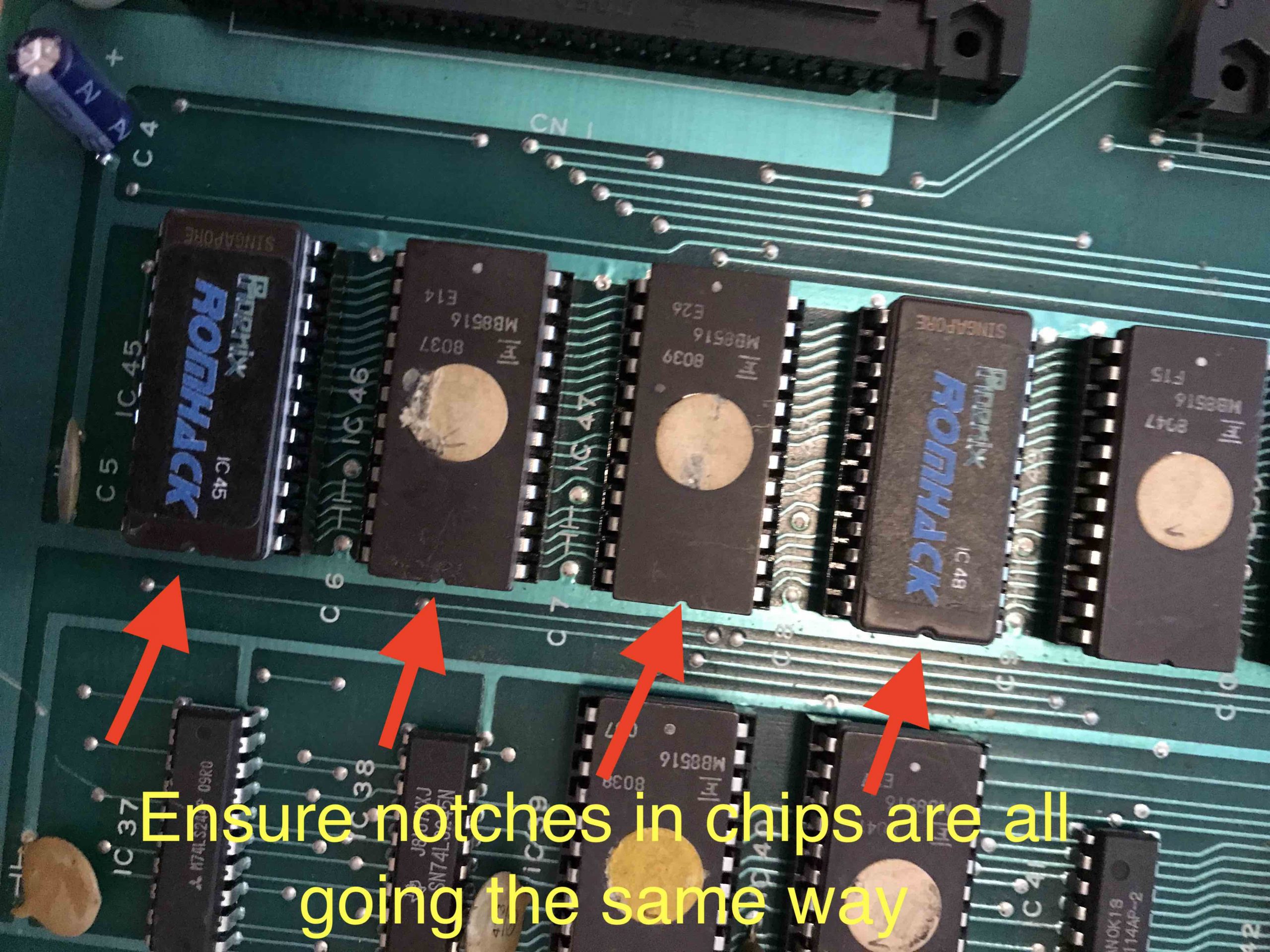 One of the things you figure out (which is useful info) is these chips are stronger than you think, and they can take a bit of push and pull. That said, the fear of breaking off a leg is real. I did have to pull chip 48 back out gain given one of the legs did not align, but other than that it was quite painless given there was no soldering required, just pull out the old chips and insert the new ones. 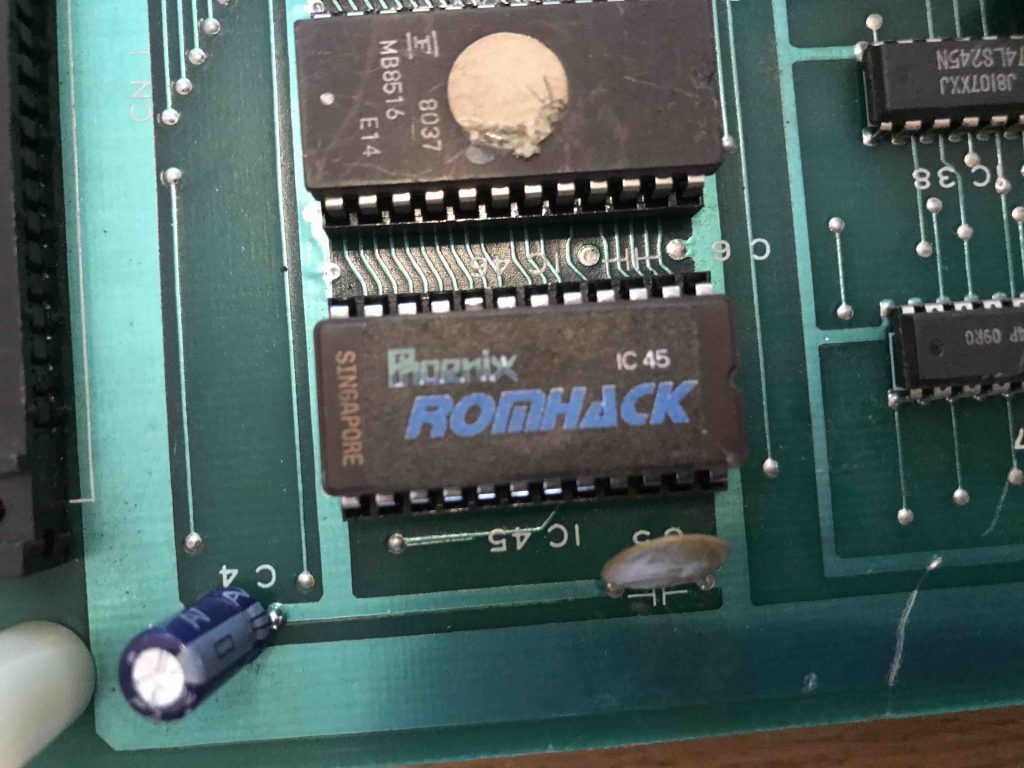 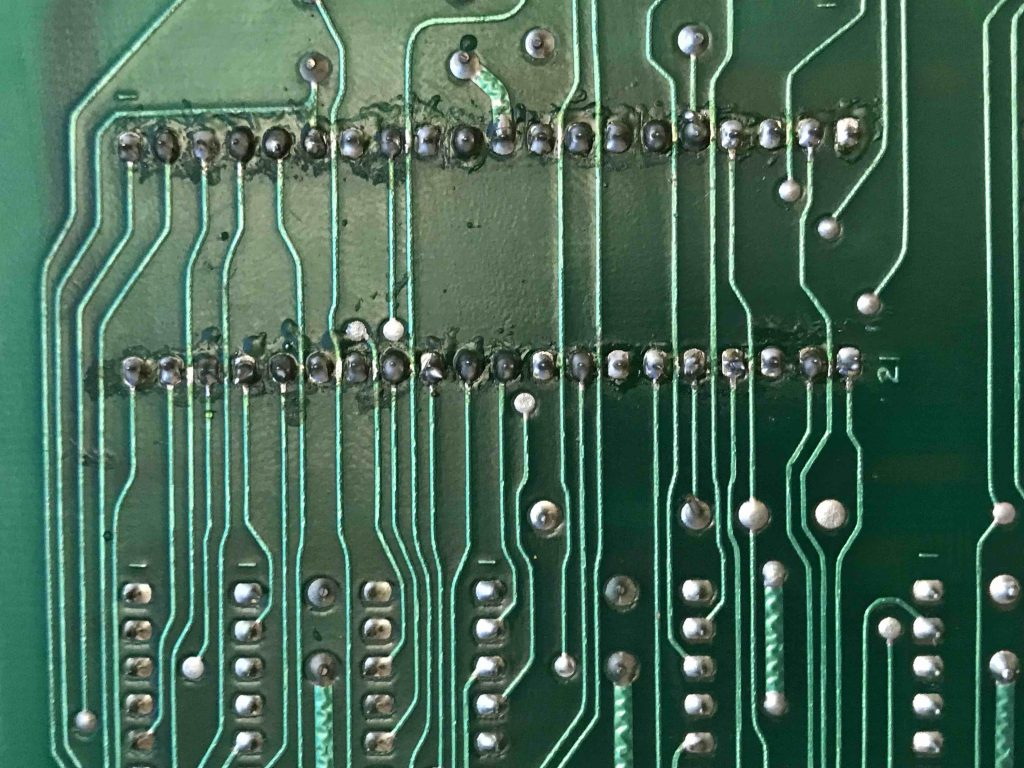 My first desoldering and re-soldering job on a 40-pin Z80 socket. Not pretty, but it worked.

So I was a bit nervous, but I decided to bite the bullet yesterday and desolder the pins for the Z80 processor, which was a royal pain in the ass. It wouldn’t come out cleanly, and I was afraid to break it with too much force. I must have desoldered the pins five times. Eventually I got the chip out relatively clean and was able to solder in the socket: 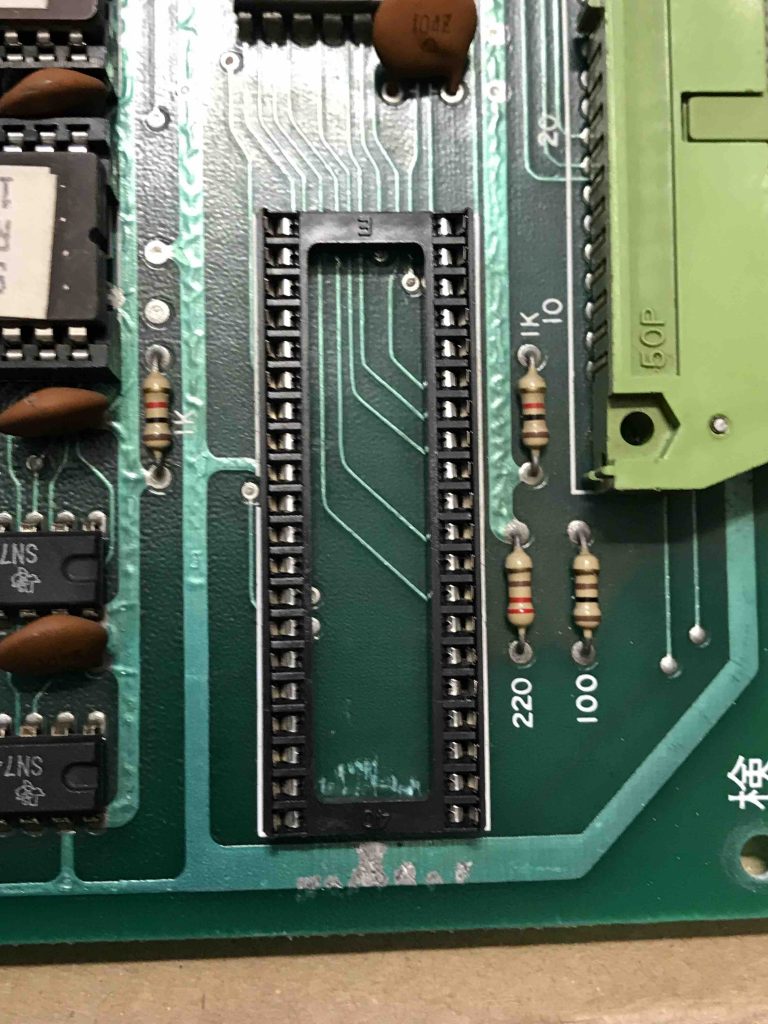 Soldered 40-pin socket, you can see the signs of me trying to remove the z80 chip on the board 🙂

It felt pretty good to get this far, but now I had to seat the Z80 chip into the high score save kit, and then plug that into the socket: 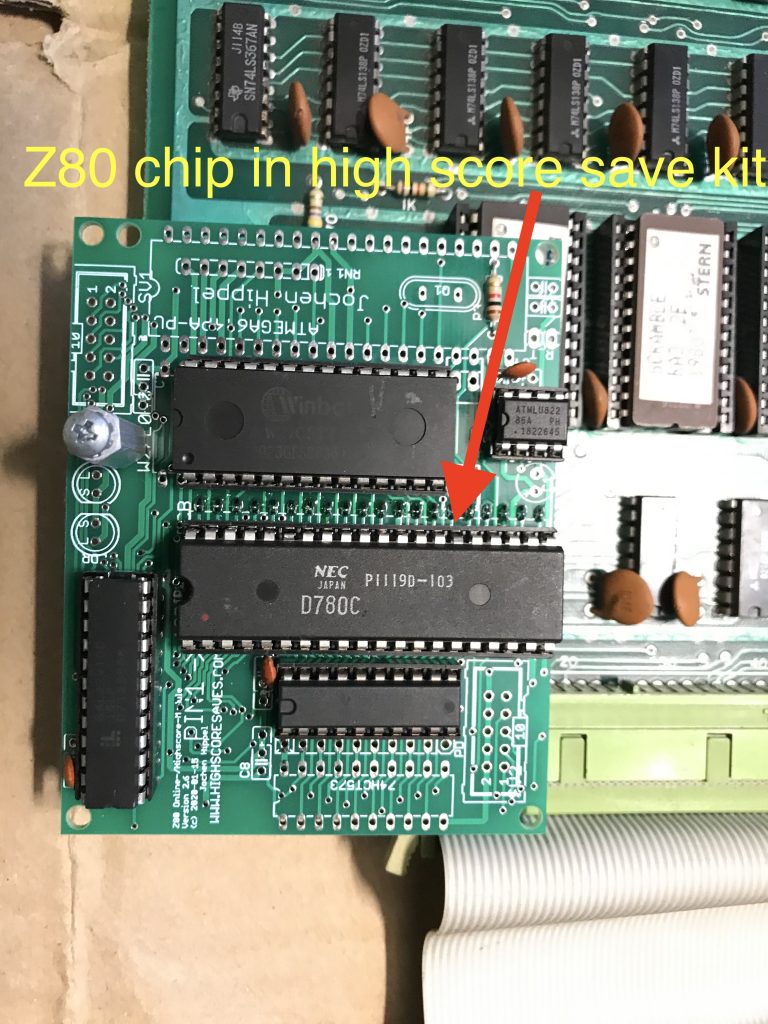 So the Z80 went in cleanly, and you can see on the other side of the high score save kit there is a 40 pin that sits in the socket I soldered: 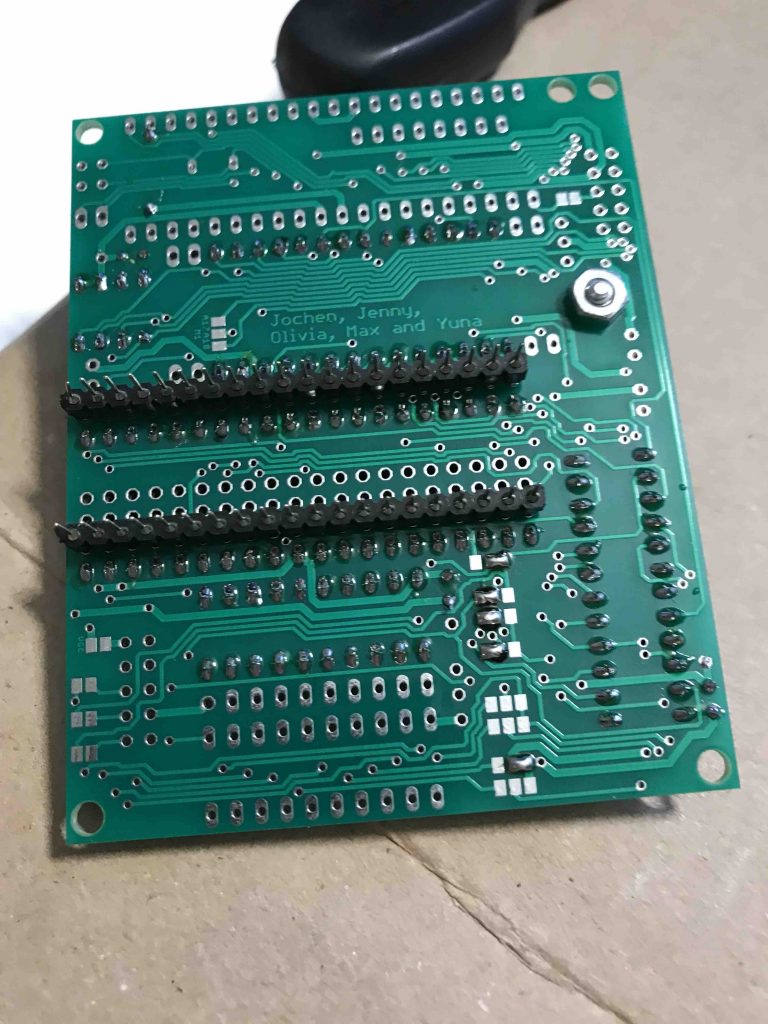 Underside of high score save kit

With all that done, I was now ready to test the board. Moment of truth, and on the first go I got garbage on the monitor, and amongst the scrambled graphics I saw the term PLOOOP. I thought that might help with a search for a fix, but I got nothing. So I went back over the pins I soldered and turns out I missed one (I could tell because it was loose), so I re-soldered it and tried again. Not feeling all that optimistic I re-connected the PCB and BAM—the high score save kit was working! 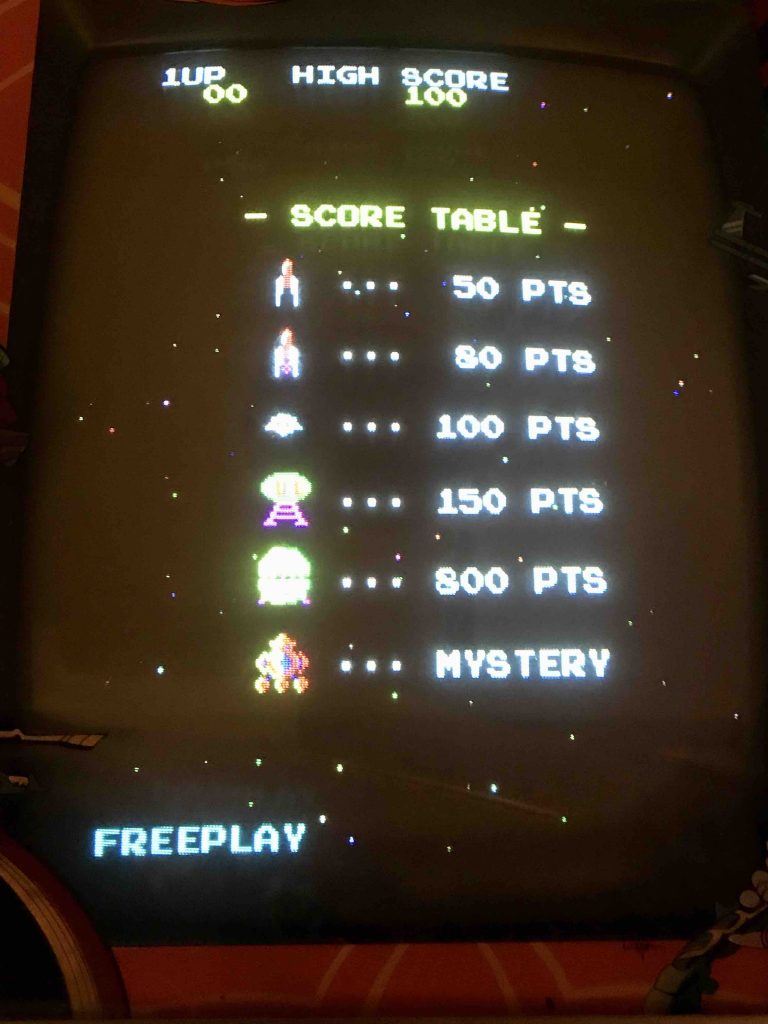 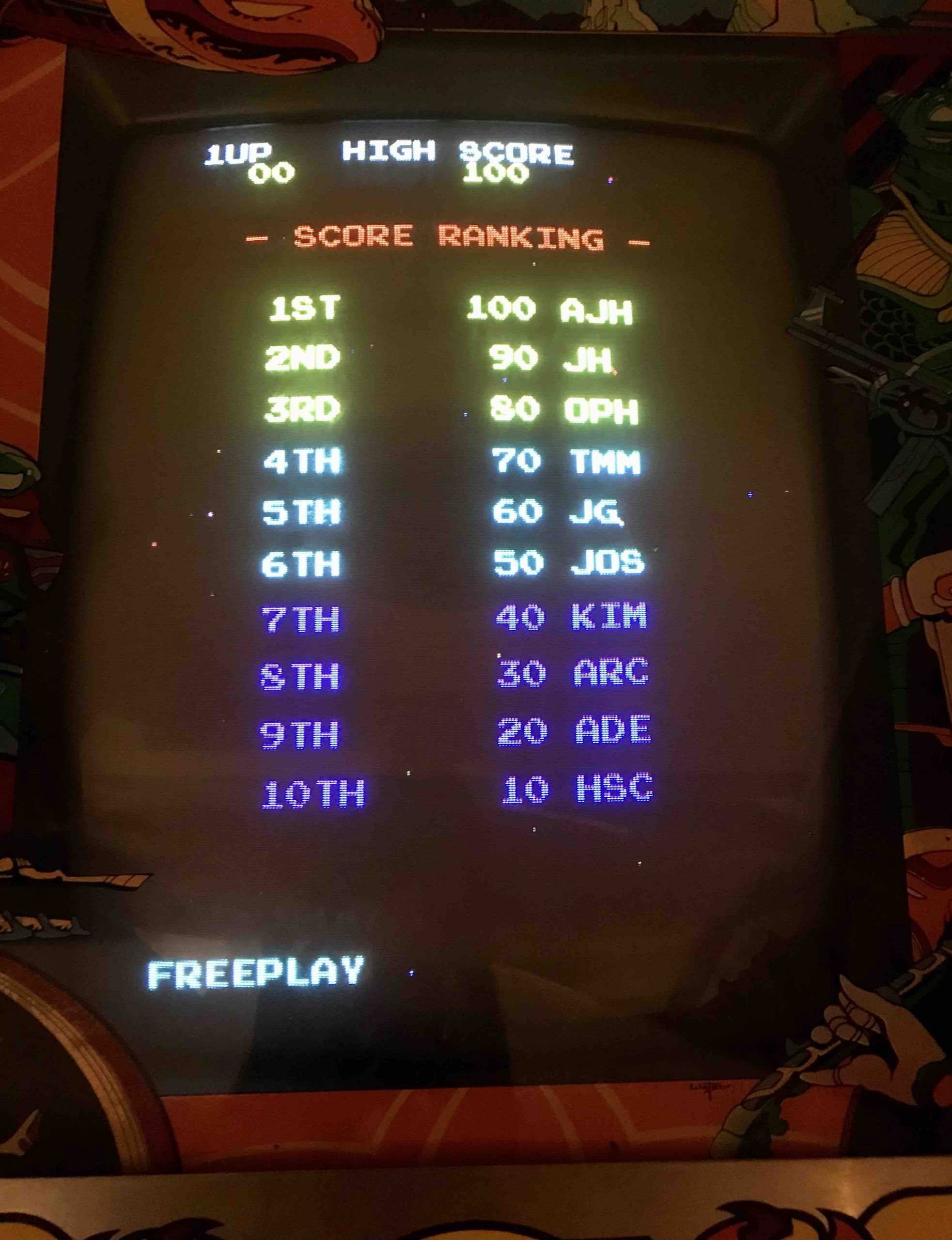 This may have been the most rewarding arcade project yet, simply because I never thought it would work. If you would have told me I’d be desoldering and re-soldering 40-year old arcade circuit boards I would have laughed. But if you will it, it is no dream!

This entry was posted in bavarcade, video games and tagged bavacade, HSS, scramble. Bookmark the permalink.

3 Responses to Phoenix Freeplay and Scramble High Score Save Kit