This is an assignment I have been thinking about doing for a while, but once again never found the time. Well, now that I am a bit freer, I’ve decided to turn a series of people in my network into monsters in the spirit of the classic 1977 Monster Manual by Gary Gygax. I’ve talked before on this blog just how influential this book was on my childhood imagination, and even if you don’t care about the role playing game Advanced D&D, one could pore over the monster descriptions in this DIY masterpiece for hours. Between the various qualities, points, and percentages ascribed to each of the monsters, coupled with the images and descriptions—it was imaginative magic for me.

In the spirit of the Monster Manual¹, I am planning a series of profiles, maps, and campaigns to honor some of the folks who’ve given so much over the past four or five months to make ds106 so amazing—and I hope others play along.² I figured I would start with Alan Levine because he has been nothing short of a machine for d106 (and if you know him, I’m sure you are not surprised). With more than 60 posts, 100+ comments, boatloads of images, videos, assignment ideas, radio shows, tv shows, you name it—he did it. He should have taught this class–well actually he did!— he is simply amazing. I understand this is some small reward for all he’s done for ds106, but the only consolation I take from that is he isn’t looking for a reward, he’s simply doing it because he loves it. Thanks Alan, you make a fine first d&ds106monster! 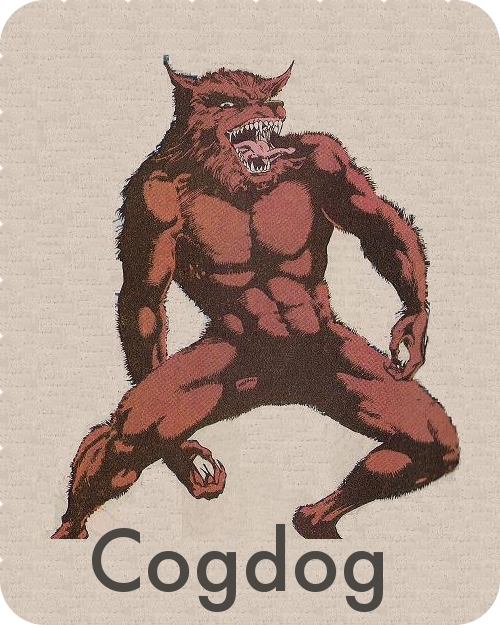 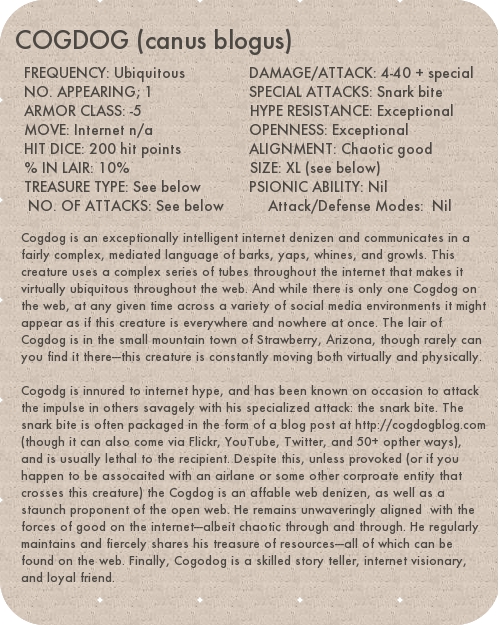 1. The idea for the trading card monsters actually comes from the unsuccessful 1982 foray AD&D took into a four set Monster Cards series. I had them all, and I was pretty unimpressed with the artwork back in the day, that said I do wish I still had them. You can see them on this blog, and how much I envy him for finding these at a garage sale! You can see an example below: 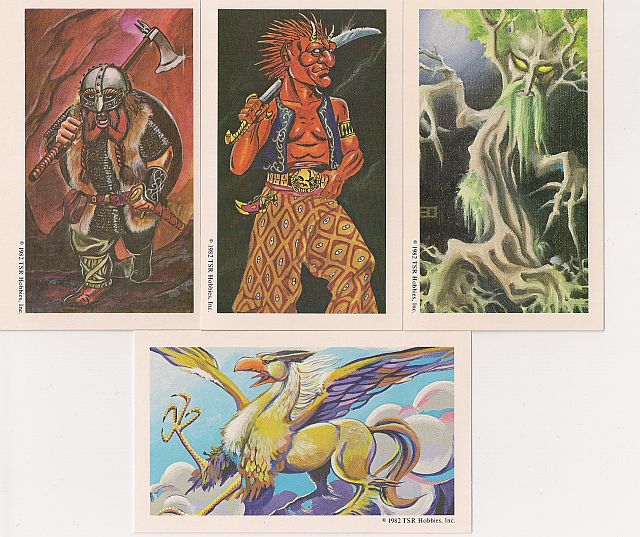 2. This idea is in many ways inspired by discussions with Tom Woodward about trying to make ds106 more like a game as well as the insanely awesome graphic/gamework done with the playing cards by the good folks at phylogame.org (for me that is the model to work towards.)