Thing 1: In mid-September of last year I got a new computer in anticipation of my imminent departure from UMW. It was a 13″ Macbook Pro, and my first retina screen—I’m a fan. Two weeks later while visiting BYU I dropped that computer and cracked the screen. It was a heartbreaker. 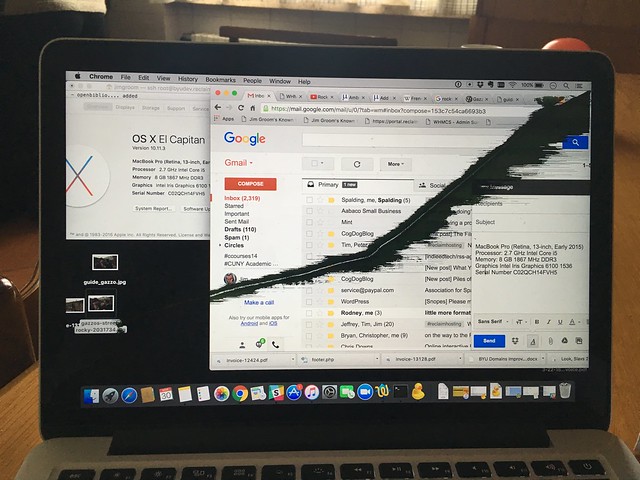 It wasn’t covered under warranty, so I was pretty much screwed.

Thing 2: On the day of my departure for Italy in early October I was tasked with getting myself and two cats up to NYC from Virginia by 8:00 PM to catch a flight to Milan. I planned on leaving at about 10 AM so I would be able to meet my sister in Long Beach, Long Island to give her my car and get a ride to JFK. At 9:30 AM while caging up the cats I discovered Clyde was missing. WTF! Cogdog and I spent the next two hours searching hi and low to no avail. At 12:30 I decided to bite the bullet and leave to NYC with a huge hole in my stomach.

.@jimgroom @rushaw For those of you watching at home I found the cat. Now, where do I place the postage to send him to Italy? On the tail?

Luckily no one is more clutch than Shannon Hauser, she found the cat, and took care of him for the next month and a half until we figured out how to get him to Italy.

Thing 3: As I was waiting in the airport security trip after a haggard, rain-drenched drive from Virginia to NYC after leaving our cat behind I realized that I lost my tooth. WTF! The day before I finally got my implant after six months of dental work. I was racing against the clock so I would be able to use my dental insurance through UMW, and I got it done right before the wire. And then, it must have fallen out while I was eating pancakes and sausages in an airport diner, and I must have swallowed it. As they say on the internet: #FML!

The whole theory of things happening in threes seems to apply in this case. Things were already crazy enough for me in early Fall with the move to Italy, but adding these three things took a bit of a psychic toll at the time. None worse than the cat, though.

So, I write this post after having finally fixed all three things. In late November we flew Shannon to Italy with the cat. That was the most important one for me, the bava leaves no cats behind!

Almost a month ago I finally got the tooth my dentist sent to me back in October implanted here in Trento. That was a relief because I wasn’t sure if in the intervening 6 months I had damaged the implant’s stem.

And just yesterday I finally got my computer screen fixed. This in many ways was the one that took the greatest daily toll on my life. I was effectively working with half a 13″ computer monitor for almost 8 months. I got used to it, but that was simply by building in a series of extra steps to constantly move my web browser around the cracked screen. But it is very nice to have my full screen back, even if it was punishing on the wallet. 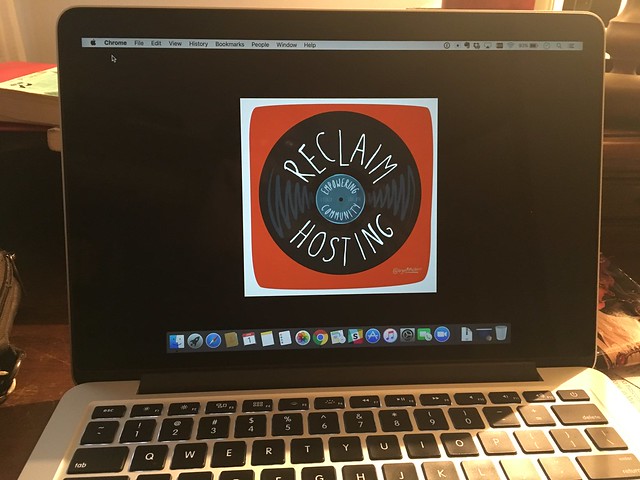 So three major problems that happened around the time of my coming to Italy have now all been sorted. So, time to deal with the latest breakage, my glasses.

But I have my eyes on a new style, and I am pretty excited to embrace the brave new world of big, rimless glasses again!