Comprehensive List of US Network TV Schedules on Wikipedia

I was searching for information about 1980s sitcoms for another post I plan on writing when I came across a pretty phenomenal resource on Wikipedia for anyone interested in the history of U.S. television: a List of United States Network Television Schedules. An article which, by the way, is considered an orphan given the lack of other articles linking to it — what a shame! I imagine the subject has been the premise of several Media Studies/Communications research compendiums/directories that would aid countless scholars in their research (a quick search on Amazon produces at least one). And just think that this information is sitting quietly (even orphaned) on Wikipedia freely available for anyone to use and peruse. That’s open education if I’ve ever seen it!

Here’s an example of the layout (which conveniently links to the Wikipedia article about the TV Show) and a pop (culture) quiz: 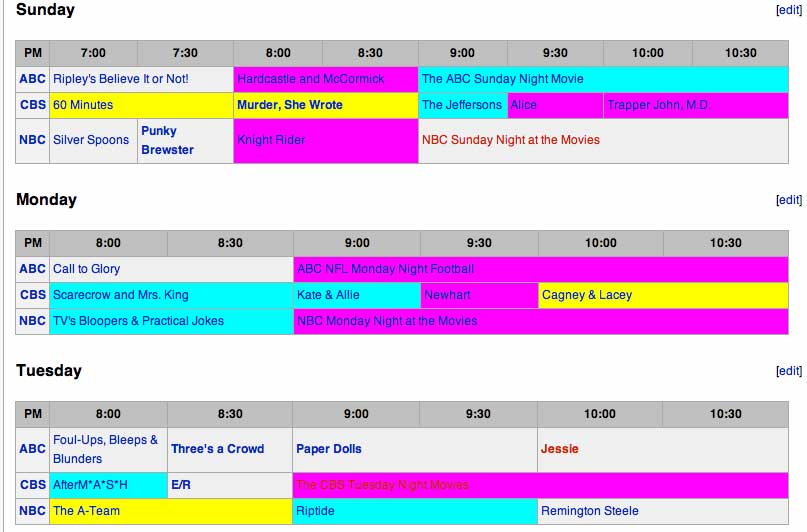