59 cabinets seems to be on the verge of a milestone. In just over two years Tim and I have collected one short of 60* old school arcade cabinets that represent the foundation of Reclaim Arcade. You can see all of them here (although that list shows only 59 because the Gyruss cocktail we bought—while still in tact– was used for parts to fix the upright Gyruss cabinet). I am not sure why 60 seems special to me, but I think it has something to do with the fact that 60 cabinets seems to be just about capacity for our 3000 square foot space. I’m not gonna lie, we’re running out of space. 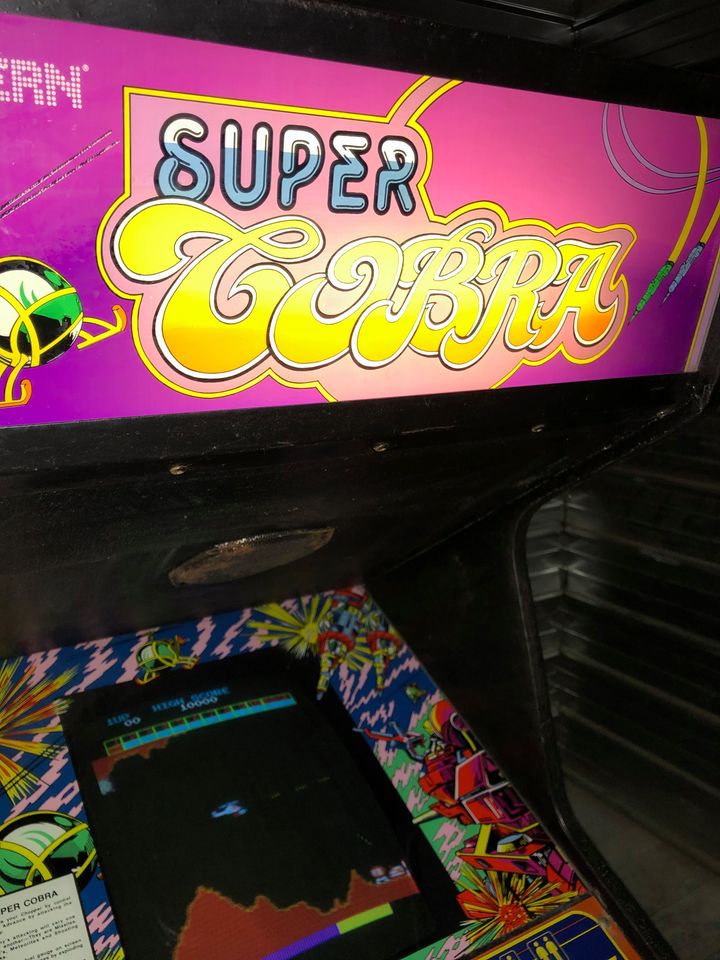 But when I saw a really well maintained Super Cobra come up for sale that had a Scramble PCB, as well as a high-score save kit, I had to do it. I have been looking for a Scramble cabinet for a while, they’re fairly uncommon on KLOV, but they also have some beautiful bezel art and the cabinet is yellow with a simple Stern stencil. Super Cobra, being a prequel to Scramble that came out 5 months after the original in 1981, had a red cabinet with Stern stenciled on it, and similarly compelling bezel art. I still want a Scramble cabinet, because I am a completist, but the Super Cobra fills a need, and the beauty is it can also play the Scramble PCB seamlessly, so depending on the day you can swap games. 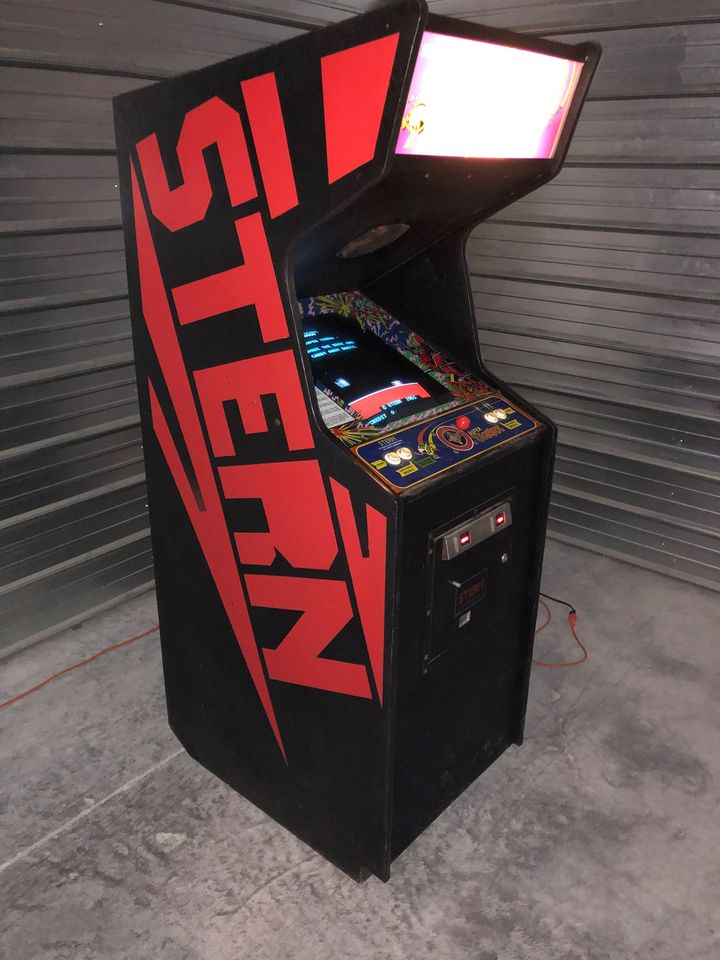 The seller of this one was amazing, he included the extra board and hi-score save kit. He also had the whole thing wrapped up and palletized and delivered to Fastenal in less than 24 hours. Wow! This also means it is quite likely I’ll be able to play this one in person in a couple of weeks…GROOVY.

I mentioned this is a prequel to Scramble, and what I mean is that this game features a Cobra helicopter side-scrolling through increasingly difficult obstacles whereas Scramble was a 50s silo-shaped space ship. The original was so successful for Stern that they quickly modified the game play and added a few sprites and created a more “contemporary” version. These games are basically identical though, which suggests small alterations in 1981 were more than enough to warrant an entirely new game given the demand for cabinets. There were over 15,000 Scramble cabinets made, and just over 12,000 Super Cobra cabinets made. Best of all, Reclaim Arcade will soon have one of them 🙂 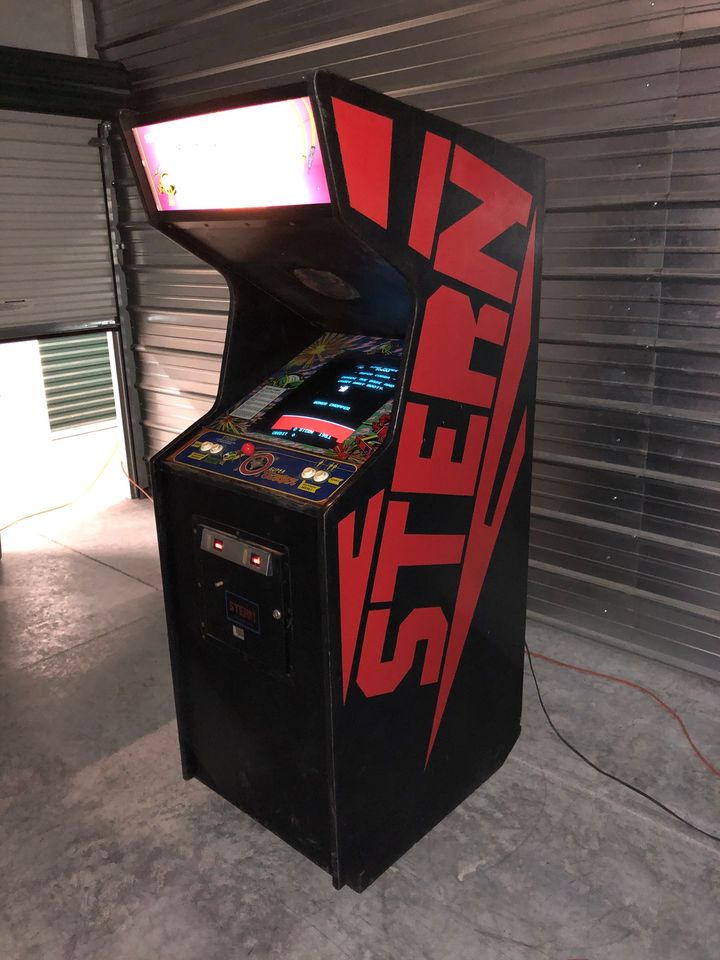 *Technically we do have 60 cabinets given we bought both an upright Gyruss cabinet and a cocktail, but we used parts from the cocktail cabinet to fix the upright cabinet, so I am not counting it.